The Baffin Correctional Centre is a ticking legal time bomb that could go off at any moment, a senior bureaucrat warns in a newly disclosed memo that comes as the territory braces for a scathing report about Nunavut's most notorious jail.

The Canadian Press recently obtained a copy of a January memo written by Nunavut's Deputy justice Minister to several of her colleagues and copied to her boss, Justice Minister Paul Okalik.

In it, Elizabeth Sanderson raises "serious constitutional and legal concerns associated with the ongoing use of the Baffin Correctional Centre" and urges cabinet secretary David Akeeagok to brief Premier Peter Taptuna about her concerns.

"In my opinion, the government of Nunavut is likely in significant breach of constitutional obligations towards remanded accused and inmates housed at the BCC facility, and faces a high risk of civil liability towards inmates, staff and members of the public in tort law," Sanderson wrote.

On Tuesday afternoon, Auditor-General Michael Ferguson will present a report to Nunavut's legislature on the territory's correctional services. He delivered similar reports last week to the legislatures of the Northwest Territories and Yukon.

Sanderson received a copy of the second-to-last draft of the auditor general's Nunavut report, which she told her colleagues "raises extremely troubling concerns about the use of the BCC facility."

"With the impending release of the [Auditor-General's] report, I now want to be crystal clear about the full gambit of potential constitutional and civil liability and associated remedies … that the [Nunavut government] faces with the continued use of the BCC," Sanderson wrote.

"The public reports, media coverage and 'ATIPPable' materials as a whole do not simply provide a damning assessment of the BCC; from a legal perspective, these materials provide persuasive evidence that the [Nunavut government] has, since 1999, failed to take appropriate measures to correct the constitutionally suspect, legally deficient use of BCC as a correctional facility."

The memo then outlined several sections of the Charter of Rights and Freedoms that Sanderson said could be violated by the continued use of the Baffin Correctional Centre, located in Iqaluit. She cautioned that the courts could, among other things, declare the jail unconstitutional or order that it be closed.

Sanderson also raised the spectre of a civil or class-action suit.

"While any specific legal challenge would require detailed analysis, we know enough now to appreciate that the [Nunavut government] is failing in its constitutional and legal obligations in relation to BCC's continued use to house inmates and remanded individuals," she wrote.

"Even without a specific case coming forward, I remain very concerned that the administration of public affairs of the [Nunavut government] in regards to our use of BCC as a corrections facility does not accord with the law."

Sanderson declined to comment. "The matter to which you refer is confidential and subject to solicitor-client privilege," she wrote in an e-mail.

"As you can appreciate, I am not in a position to comment."

Built in 1986, the Baffin Correctional Centre was never meant to house more than 41 minimum-security inmates. But it became the territory's main jail when Nunavut was created in 1999. The number of prisoners kept there routinely swells to nearly 100 – including medium- and maximum-security inmates – depending on the day of the week.

Senior officials and cabinet ministers have been trying to figure out what to do about the jail for years now. There have been public debates in the legislature and successive studies over the years. In December 2009, Okalik – who, prior to his latest posting, previously served as the territory's premier and justice minister from 1999 to 2008 – moved a motion that was carried in the legislature to scrap a proposed $300,000 study of the Baffin Correctional Centre.

Karen Kabloona, Okalik's executive assistant, said he would respond once he has had time to review the auditor general's report. She did not address Sanderson's memo in her e-mailed response.

However, a 2013 report by the federal Office of the Correctional Investigator – which quietly appeared on the Nunavut Justice Department website last spring – listed a slew of serious problems at the jail.

The place is rife with drugs and illegal contraband. Inmates live in constant fear of beatings and sexual assaults. It is so overcrowded that prisoners are kept in cells with up to four times the intended occupancy rate. Some cells have no toilets or running water. The prison is filthy, drafty and mouldy. The smell is overpowering.

"When I first walked through, I was quite taken aback. I was taken aback at its state of disrepair," Sapers told The Canadian Press last year.

"The conditions of confinement were certainly well below anything I had seen in a federal penitentiary."

Meanwhile, a new minimum-security jail is slated to open later this year, and the capacity has been increased at the Rankin Inlet Healing Facility. But Sanderson told her colleagues neither of things does anything to put her concerns about the Baffin Correctional Centre to rest. 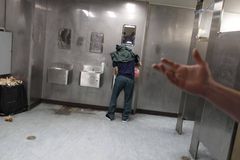 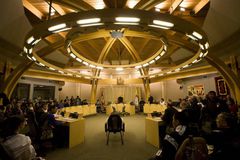 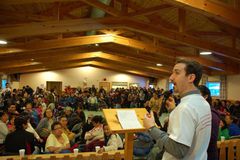