Canada's Inuit scored a major legal victory Sunday after a Nunavut court found that a long-planned Arctic scientific study posed too many dangers to northern marine animals and the people that depend on them.

In a ruling that further cements the right of Inuit to be fairly consulted on activities that take place on their lands, a territorial judge granted an injunction that blocks a major seismic program from proceeding this summer, just one day before it was set to begin.

The decision is a stunning setback for the Eastern Canadian Arctic Seismic Experiment, a joint German-Canadian project designed to shed new light on earth's early history by peering into the sub-sea continental crust of Baffin Bay, in the waters surrounding the northern arch of Baffin Island. Its backers included Natural Resources Canada and Germany's Alfred Wegener Institute, which conducts Arctic and Antarctic research and whose icebreaker, the RV Polarstern, has already sailed to Canada for the work.

According to David Crocker, a lawyer who represented the Inuit, the federal options now include an appeal, a new round of Inuit consultations or abandonment of the experiment.

The ruling is "significant," he said.

"This is more than just protecting a food source and all of the other things that these marine mammals are used for by the Inuit in the area," he said. "This is protecting cultural heritage and [the judge]saw it that way. I think in that sense this case, particularly in the Eastern Arctic, is precedent setting."

The Alfred Wegener Institute wants to analyze the ruling before commenting, a spokesman said. And, in a statement, Natural Resources Canada said it would not discuss the experiment, because it is "the subject of ongoing legal proceedings," but said it "remains committed to the goal of its geo-mapping program which is to increase our knowledge of the geology of the North."

The experiment had attracted criticism from Inuit who worried that it would disturb narwhal, walrus, beluga whales, seals and polar bears in Lancaster Sound, a part of the bay that serves as an important migratory route. The area may soon be a national conservation area and has been called the "Arctic Serengeti" for its abundance of life.

Government scientists said that such work, which involves firing an air gun underwater to gather data, presents very little risk to wildlife, much of which would resume normal behaviour in as little as hours.

Inuit, however, said that previous experience with seismic testing - with more intrusive older methods that involved dynamite - produced dead and deaf seals and altered whales' migratory paths for decades. In part on the strength of that evidence, Madam Justice Sue Cooper ruled that "I am satisfied that Inuit in the five affected communities will suffer irreparable harm if an injunction is not granted."

"If the testing proceeds as planned and marine mammals are impacted as Inuit say they will be, the harm to Inuit in the affected communities will be significant and irreversible," Judge Cooper wrote. "The loss extends not just to the loss of a food source, but to loss of a culture. No amount of money can compensate for such loss."

The Inuit argued that they were consulted only after the experiment had been set in motion and that their opposition was largely ignored.

"I've got goosebumps," said Okalik Eegeesiak, the president of the Qikiqtani Inuit Association. "Governments can't walk all over us. They have to consult with us and include us in pre-development, or pre-research."

For Arctic scientists, the ruling is a reminder to respect local inhabitants, said Andrew Weaver, Canada Research Chair in climate modelling and analysis at the University of Victoria.

The ruling has cast significant doubt over what will happen with the Arctic experiment. Though parts of the survey were planned for Greenland waters - and those can still continue - Mr. Crocker said it is unlikely legal manoeuvres can progress quickly enough to salvage the work this summer.

It is unclear what percentage of the experiment's costs Canada is responsible for, but a German government website says the Polarstern costs nearly $75,000 per day to operate - indicating a potential multimillion-dollar bill for the 65-day experiment.

Ms. Eegeesiak made no apologies for seeking to halt the work, however, especially since Inuit feared the seismic testing could uncover oil or gas deposits that would usher in new High Arctic industrialization.

Inuit have not entirely closed the door on the experiment. "We're still open for discussion," she said. "But I would not be disappointed if it can't go ahead. … Economic development is good, but not at the price of our livelihoods, in terms of the marine life we harvest and eat." 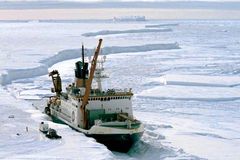 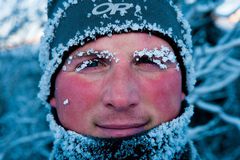 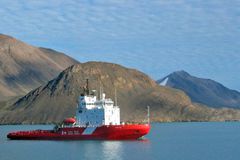