A Nunavut judge has written a passionate objection to the Supreme Court's time limits for criminal trials, saying they do not respect Inuit culture or the geography of northern Canada.

Judges are usually bound by Supreme Court precedents. But Justice Paul Bychok of the Nunavut Court of Justice found a way around a Supreme Court ruling known as Jordan. In 2016, the Jordan ruling set time limits of 30 months for criminal proceedings in superior courts, but said cases could exceed the maximum in "exceptional circumstances." In a decision last week, Justice Bychok declared the entire territory of Nunavut an exceptional circumstance.

The Jordan ruling, he wrote, fails to consider the fact that judges in Nunavut must travel vast distances to hear cases in remote communities, that the territory's financial resources are limited and that delays related to weather or local cultural are often unavoidable.

"How, then, does one fit the square Jordan peg into the round Nunavut hole while doing justice to Nunavummiut [the people of Nunavut]?" he asked in his ruling on a man's request for his sexual offences case to be thrown out because proceedings had lasted more than 30 months.

"I do not believe the majority in Jordan intended trial judges to re-assert past colonialist attitudes and practices which ran roughshod over the Inuit. We live in a post Truth and Reconciliation Canada."

In July, 2016, the Supreme Court said a culture of complacency and delay dogs the criminal courts. It established time limits of 18 months for criminal proceedings (from charge to trial end) and 30 months in superior courts.

Ever since, judges, defence lawyers, prosecutors and the provincial governments that administer the justice system have scrambled to meet the timelines. And in the next few weeks, the federal government intends to introduce legislation to speed up trial proceedings.

Justice Bychok was conducting the fifth trial of Lukasie Anugaa, who faced two charges of historical sexual offences from the late 1970s. Two jury trials had ended in mistrials and two did not proceed. In November, Justice Bychok rejected the request to throw out the charges over delay, and late last week issued his written reasons for having done so.

The proceedings in the Anugaa case lasted 54 months, and the judge blamed delay by the defence for 23 months of that time, leaving a total just beyond the Jordan ceiling. After subtracting time for exceptional circumstances – Nunavut-specific delay of five and a half months – the judge found no unreasonable delay.

Justice Bychok was a federal prosecutor, originally from Montreal, who moved to Iqaluit in 2003 with his young family. In 2015, the Conservative government appointed him a judge.

In Nunavut, 38,000 people live in 25 remote communities scattered over more than two million square kilometres, he wrote in his ruling. Judges do a "circuit" of these communities. Based in Iqaluit, they travel regularly to each community over immense distances. (The court's travel budget was nearly $2.5-million in 2016-17, and flights can take up to seven hours, Justice Bychok pointed out.) Court dates are not easy to reschedule. Some small communities receive just three court visits a year, and one has just two. A blizzard may stop the four full-time judges from completing their circuit, meaning the next court session in some places could be as much as a year away.

The province has an unwritten rule that each litigant is entitled to one adjournment because travelling south for medical care is commonplace, Justice Bychok said.

Deaths and suicide "touch everyone" and court visits "sometimes are cancelled out of respect for the grieving."

And the territory has no money for new infrastructure or to increase the frequency of court visits, the judge wrote.

Adding an even greater edge to a lower-court judge's critique of the Supreme Court, Justice Boychok was sarcastic at times. Twice he referred to the 30 months as the "magic" ceiling or limit. In a footnote, he went even further, reciting the words of the four Supreme Court judges who dissented on Jordan: "wrong in principle and unwise in practice." Then, to drive home his point that the Supreme Court had ventured beyond its proper role, he quoted a well-known critic of judicial overreaching: the late, maverick judge Antonin Scalia of the U.S. Supreme Court. "'The judge as legislator has … not been good for democracy."

Justice Bychok's ruling – that Nunavut is an exceptional circumstance in Jordan calculations – is to be treated as "persuasive but not binding" by judges of his level, said Marian Bryant, the chief federal prosecutor in the territory.

In a phone interview, she declined to comment directly on the ruling, but said, "certainly this is an exceptional jurisdiction. You never get somewhere until you're there. And once you're in, you don't know if you're going back out."

James Morton, a lawyer who practises in both Toronto and Nunavut, said in a telephone interview from Iqaluit that the principle of Nunavut exceptionalism will one day be appealed in another case. "We can't have a justice system in Nunavut that is radically different than the justice system in the rest of the country. We have one constitution, one country, one criminal law."

Justice Bychok declined, through a court spokesman, to comment when contacted by The Globe and Mail. 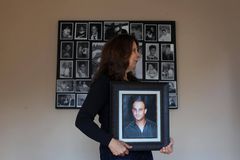 Cut down on court delays by supporting victims of crime: ombudsman
November 7, 2017 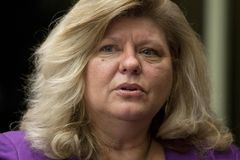 Supreme Court of Canada toughens hearsay rules for criminal trials
June 29, 2017
Follow Sean Fine on Twitter @seanfineglobe
Report an error Editorial code of conduct
Due to technical reasons, we have temporarily removed commenting from our articles. We hope to have this fixed soon. Thank you for your patience. If you are looking to give feedback on our new site, please send it along to feedback@globeandmail.com. If you want to write a letter to the editor, please forward to letters@globeandmail.com.
Comments are closed