The question comes to mind reading a comment by a fellow journalist who noted this Friday that the newly inaugurated Mordecai Richler library in Montreal was located "in a borough of Québécois nationalists."

The problem is that the word "Québécois" in an English-language context isn't synonymous with its official use in French Québec.

The double meaning underlines how, six decades after the birth of the independence movement, there is no politically-correct, widely-accepted way to describe the descendants of the settlers of New France who make up the majority of the people who support Québec sovereignty.

If everyone in Québec is a Québécois, then what is the proper way to call the majority population who are at times labelled as "pure laine" (dyed in the wool) or "de souche" (old-stock)?

Confronted with the question while he was Parti Québécois leader in 1993, Jacques Parizeau snapped at reporters: "How am I supposed to call them, `los Tabarnacos'?"

In a way, such labels should not be relevant in the contemporary political discourse, as sovereigntists aspire to be modern, inclusive and colour-blind.

But at the same time, their movement historically stems from a group of people whose language and culture is, well, distinct.

The confusion is fuelled in English when some writers sprinkle foreign words to jazz up their prose, using the word "Québécois" to refer to the francophones of Québec.

We never hear, however, Leonard Cohen or Oscar Peterson being described as Québécois musicians.

In French, a Québécois is a Quebecker, a resident of Quebec, not necessarily an old-stock francophone.

It would be a faux pas for public officials to say "Québécois" when talking about francophones because it would suggest that non-francophones are not genuine Quebeckers.

Like a Venn diagram, there is an overlap but not a perfect match between the subsets of people who speak French, people who live in Québec and people of French ancestry.

From French-Canadian to Elvis Gratton

In the beginning, the descendants of the New France settlers called themselves "Canadiens."

For example, when the Patriote leaders were exiled after the Lower Canada Rebellion, their plight was remembered in a song titled Un Canadien errant (A Wandering Canadian).

Nowadays, in Quebec, the term French Canadian has fallen out of fashion and is often used in a derogative way.

In Pierre Falardeau's movie Elvis Gratton, the main character is the prototypical federalist with a colonized mindset.

When a Frenchman asks him if he is Canadian, Elvis Gratton gets lost in the semantics of his identity. "Moi je suis un Canadien Québécois, un Français Canadien-Français," he begins in a rambling reply ("I am a Canadian Quebecker, a French-Canadian Frenchman").

Jacques Parizeau and the Québécois

By the 1990s, when Mr. Parizeau and the PQ were gearing for a second stab at a referendum, the concept of who was a Quebecker or Québécois had crystallized along civic rather than linguistic or ethnic lines.

The official line was that a Quebecker was whoever chose to live in Quebec.

Bernard Landry, who was then PQ vice-president, became the party's ambassador to ethnic communities. He was fond of saying that "pure laine belongs to the textile industry and not to Quebec sociology."

Alas for Mr. Landry, his boss then fumbled.

In January 1993, at a nomination meeting in Charlevoix riding, the PQ leader was talking about how the Charlottetown accord had been rejected in Quebec thanks mainly to francophone voters.

"What this proves is when we Québécois, francophones de souche, want something democratically, we are able to get it," he said.

A week later, at a party national council, Mr. Parizeau tried to correct the slip, stating that "a Québécois is whoever wants to be a Québécois."

But again he forced his underlings into damage-control work when he said that soveignty was "the objective that the Québécois have set for themselves, if it is almost exclusively the Québécois de souche who vote for it."

Stephen Harper and the Québécois

More than a decade later, Prime Minister Stephen Harper struck similar ambiguities when he tried to placate Québec nationalists by presenting a motion in the House of Commons in 2006.

The French version thus suggests that the motion deals with all the people of Québec.

However, in English, the motion said "That this House recognize that the Québécois form a nation within a united Canada."

Were the "Québécois" mentioned in the English motion all of the people of Québec?

A few weeks later, in a speech in Saguenay, he said in English that "the Québécois are a unique people bonded together by a common language, culture and history – a nation."

But the next day, when queried in an interview with Presse Canadienne, he was vague. "It's up to people to define it," he said.

Mordecai Richler gets his glory: Montreal renames library after him
March 12, 2015 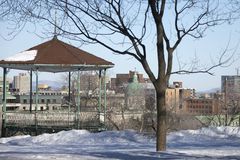 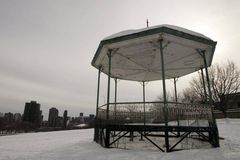 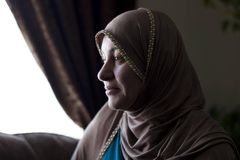