This story was originally published in May of 2017. On Jan. 3, 2018, two correctional officers were charged in the 2015 death of of inmate Matthew Hines.

As correctional officers locked down Dorchester Penitentiary for the night, Matthew Hines, a gigantic inmate with a history of mental illness, could be heard saying "don't let them kill me" and "don't let them end my life."

A report from federal Correctional Investigator Ivan Zinger released on Tuesday narrates in detail the "staff errors and omissions" that contributed to Mr. Hines's demise at the federal prison, located 42 kilometres southeast of Moncton, on May 26, 2015. Its conclusion is damning and far-reaching: Correctional Service Canada (CSC) failed Mr. Hines, his family and the public from the moment officers tackled him that night on through to misleading public explanations and, finally, to an absence of accountability for a "preventable" death.

"Nearly everything that could have gone wrong in a use of force response went wrong," the report states.

At 10:11 p.m., Mr. Hines, who was serving a five-year sentence for bank robbery and other crimes, was headed to his cell for the night when he turned around and started talking with a correctional officer, according to the report.

The nature of the exchange is absent from the report, but two more officers appeared quickly. They wrestled the 33-year-old man to the floor and began pounding his torso and head with knees and fists. A bloody wound opened up on the left side of Mr. Hines's face.

The tussle ceased, only to begin again three minutes later. Mr. Hines fell to the floor once again, face down, hands cuffed behind his back.

Even though five correctional officers appeared to have the inmate under control, one officer pepper-sprayed Mr. Hines's face. Within minutes, the report notes, 13 officers surrounded the prisoner, but no one took control and no one alerted medical staff.

As several officers "frog-marched" Mr. Hines backward to the segregation unit, one officer twice rushed in to shoot bursts of pepper spray "seemingly without warning or reason, directly in Matthew's face," the report states.

The situation grew more dire. The officers moved Mr. Hines to a shower stall, where he fell backward against a wall. He was pleading for help and had his shirt pulled over his head to prevent him from spitting. With the water turned on, he began making spitting or choking sounds, at which point the water was turned off and his shirt pulled down. Mr. Hines then lapsed into convulsions. At some point, the water was turned back on. As he lay on the floor of the locked shower stall, he uttered, "please, I'm begging."

They would be his last known words.

The officers dragged Mr. Hines from the stall by his feet. His lack of movement didn't seem to bother a duty nurse who appeared on the scene but didn't check the inmate's vital signs.

By 10:31 p.m., someone had called 911 for an ambulance. Paramedics arrived 21 minutes later and loaded the writhing patient into an ambulance at 11:01 p.m. A doctor in Moncton declared him dead an hour later.

Later that night, staff were ordered to clean up Mr. Hines's bloodstains. RCMP officers arrived an hour and a half later to find a contaminated crime scene.

In all, the Correctional Investigator found 21 legal and policy violations, seven of them major, including failure to protect a person handcuffed from behind from injury, failure to designate a leader during a security response, inappropriate use of pepper spray, failure to provide emergency health care and failure to maintain the integrity of a crime scene.

The ombudsman also questioned a subsequent internal investigation process that resulted in no discipline for senior management.

The ombudsman did, however, credit the CSC for acknowledging staff errors and for eventually apologizing to the Hines family.

In a detailed response to the Correctional Investigator's findings, the CSC stated that it accepted the report's 10 recommendations and submitted a detailed action plan. 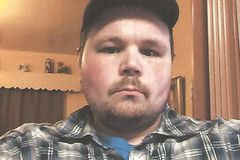 Inquest into Indigenous inmate’s death in Saskatoon to proceed after delays
April 24, 2017
Federal prisons have become less deadly, crowded under Liberals, numbers show
March 16, 2017
Follow Patrick White on Twitter @Nut_Graf
Report an error Editorial code of conduct
Due to technical reasons, we have temporarily removed commenting from our articles. We hope to have this fixed soon. Thank you for your patience. If you are looking to give feedback on our new site, please send it along to feedback@globeandmail.com. If you want to write a letter to the editor, please forward to letters@globeandmail.com.
Comments