Don't be alarmed this Family Day weekend – and every Friday, holiday and otherwise popular day for the rest of the winter at some ski hills in Alberta – to find Mounties, in full uniform and armed with guns, patrolling the mountains on skis and snowboards. The unusual sight is the brainchild of RCMP Corporal Jeff Campbell, the detachment commander in Lake Louise, who is the first to admit he has landed his "dream posting."

Last summer, the 41-year-old avid outdoorsman brought a Mounties-on-horseback patrol to the boundaries of Banff National Park to deter and catch miscreants who are beyond the grasp of Parks Canada wardens.

By last December, Cpl. Campbell became one of a skills-proficiency-tested volunteer pool of eight officers – and growing – who started patrols at Lake Louise Ski Area and were also cruising runs at Nakiska, just west of Calgary, by this month.

The program, modelled after one in Whistler, B.C., has officers on theft prevention and looking for people using drugs or alcohol or skiing recklessly. It may be taken to other Alberta resorts.

Tell me about your ski hill program.

Our members are up there regularly doing normal patrolling, but obviously it's a little difficult to patrol up and down a ski hill in boots. Being on the hill in uniform on skis isn't a new idea. … But [a program in the 1990s] for whatever reason kind of ran its course.

It's a volunteer program?

We didn't want to take away from any operational and public safety from the Lake Louise area itself, or any other detachment. It's a volunteer program out in Whistler as well, and they've had great success. Members come out on their own time … The biggest portion of this is the visual deterrence and also public education.

How many tickets have been handed out?

Out of the number of times we've been up at the hill, which is around six to eight, we've only had one seizure so far of drugs – marijuana, three joints. It was actually the very first day we were up there. I was on the run itself, myself and two members of ski patrol doing orientation for the day, and we came around the corner and there were three individuals smoking marijuana, so the marijuana was seized and they were escorted off the hill.

Tell me about the uniform.

The equipment that the RCMP normally uses is quite good. We have to be outside for a lot of our duties, so we have a very good Gore-Tex jacket, and we also have what's called inclement weather pants, which is Gore-Tex as well, so breathable, waterproof … A helmet is mandatory.

How do they keep snow out of their guns?

Not falling down. It's no different than when members are on their daily duties when we do snowmobile, quadding. The holster that we have is pretty protective for the pistol, but it does require members, after they are done, to maintain their pistol, cleaning and oiling.

What kind of reception are you getting?

Very good. Obviously, we get a lot of head turning, especially myself being on a snowboard – the majority are skiers. … We have had some less than positive comments. "The police are up on the hill? Not really necessary," sort of things.

How long have you been snowboarding?

Eleven years. I skied before that, but not very well.

It doesn't sound like the intention here is to be a killjoy.

We're not sneaking through the trees. We're in the high-use areas, mainly blue and green runs, where the most people are, just making sure everyone's having fun and following the rules. … We're not out there with radar guns and a ticket book. We're not installing red light cameras.

What about those who have too many après-ski cocktails. Is there an impaired driving component too?

That's part of what the detachment does here on a regular basis. We have had impaired drivers picked off up there and also drug seizures as well. It turns into a small town up there. On busy days, there can be anywhere from 6,000 to 7,000 people up at the [Lake Louise] ski hill.

Do you have a code name?

The call sign that the ski patrol has assigned to us, which I think is kind of funny, is 5-0. 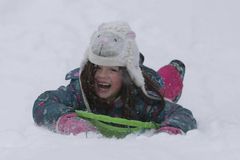