We wake up in the dark. We come home in the dark. The longest night of the year could be the low point in our collective mood swings. Instead there's light in the seemingly eternal darkness: For one night only, the winter solstice is here, bringing with it raucous and joyful celebrations that are restoring primal excitement to a season of statutory holidays.

Ancient solstice traditions that honour the dependable planetary rhythms – providing a basis for religious and cultural celebrations of rebirth – have found new life among those who resist sectarian observances or are uneasy with a commercialized holiday season. Nobody can claim ownership of the night sky, or the feelings that go with its contemplation.

There's no stuff to buy, no obligations to meet – unless lantern making counts.

On the winter solstice, the northern hemisphere is tilted at its most distant point from the sun, reducing the hours of daylight to their yearly minimum. Whether through primeval survival instincts or modern artistic playfulness, the noisy music and fiery light of the solstice gatherings are meant to urge on the sun's return, reinvigorate a worn-out world and chase away the demons that inhabit dark and lonely places.

"It's human instinct to be afraid of the dark," said Anna Tishchenko, as she was constructing a Dr. Who-inspired lantern for Friday night's Kensington Market winter solstice parade in Toronto. "Darkness is the unknown. But when you're crowded together in a sea of light, watching a show of fire, it becomes magical. You feel like you're in touch with something that's fundamental to the human experience."

Fundamental but ever-adaptive: Among the noisier groups that add their voices to the spectacular Toronto son-et-lumière gathering are an off-key troupe called the Befana Hag Choir, who put on witchy disguises and warble That's Amore while brooming away the dust of the past year. What demons would dare to stick around the market for that?

In Vancouver, some 20,000 people will join in winter-solstice processions and festivities created by the Secret Lantern Society, an artists' group that has been busily organizing lantern-making workshops and recruiting drummers, bagpipers and brassy Balkan bands to make the longest night a thing of offbeat beauty. "People have been doing this since before recorded time," said Naomi Singer, the society's artistic director. "It's hope in the darkness, and that's something that's universal."

Some of the Vancouver street processions make their way to the Dr. Sun Yat-Sen Classical Chinese Garden, which will be adorned with hundreds of Chinese-themed lanterns: cranes, teapots, woodland scenes of rabbits and frogs, even koi-fish lanterns sitting in the garden pond. The darkness heightens the senses, winter-solstice revellers believe, and the fragrance of Chinese buns and tea will drift through the evening air as noisy musicians challenge the nighttime silence.

"It's the Chinese idea of yin and yang," said the museum's Susan Ma. "The winter solstice is a necessary component in the full scheme of nature. You can't have light without dark, warmth without cold, quietude without raucous drumming and bagpipes."

There may well be an earthy pagan quality lingering in these winter solstice rites, something that scares religious traditionalists who resist a connection between the belief systems of theology and the pre-existing solar phenomena of the natural world. Is it more comforting to know that the pagan-free Canada Science and Technology Museum in Ottawa also celebrates the solstice?

The museum offers family-friendly festivities that include a create-your-own Mayan calendar workshop in the craft corner – minus the bogus end-of-the-world predictions that stir up Internet worriers but don't bother astronomers, who know Dec. 21, 2012, is just the end-date of a Mayan long-cycle calendar. "And then the new cycle begins," said the museum's Melanie Hall encouragingly.

The museum is also hosting a party where solstice stargazers can listen to Mayan stories around a warming fire and sip hot chocolate before viewing the night sky from Canada's largest refracting telescope – Jupiter is especially bright this year. Long, dark nights suit astronomers more than almost anyone else, but even Ms. Hall acknowledges the added power of the museum's solstice gathering. "It's a great time to inspire minds on the longest night. We're in the cold, crisp darkness all together, there's this communal coziness, it's not your mundane nighttime."

Some religious groups still make a place for the solstice, acknowledging a common spiritual bond. In Edmonton, the Westwood Unitarian Congregation annually takes over a 400-seat space at City Hall for a longest-night celebration open to all comers that includes Celtic harp music, an invocation to the eastern sky – the source of light – and a playful spat between the elusive sun and a little dwarf star who wants to steal the solstice fire.

"We don't feel constrained by formality or any kind of heavy tradition," said Anne Barker, Westwood's minister. "We want to touch people's hearts. This celebration nurtured people for centuries because it's a message of hope: Even though it seems incredibly dark, the sun always returns."

Mayan apocalypse: The end of time, or just the beginning?
December 19, 2012 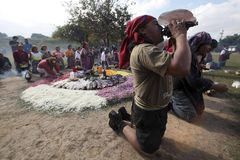 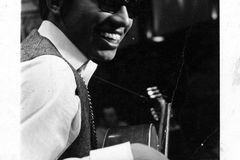 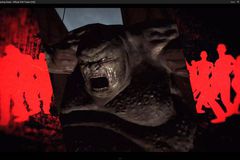 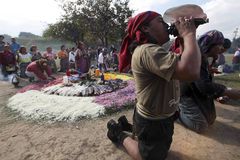 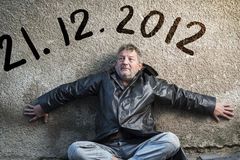