Ontarians have paid $37-billion more than market price for electricity over eight years and will pay another $133-billion extra by 2032 as a result of haphazard planning and political meddling, a report from the Auditor-General says. The Liberal government has repeatedly overruled expert advice – and even tore up two long-term plans from the Ontario Power Authority for the electricity system – in favour of political decisions that drove up power costs for consumers, the report says.

What's more, Hydro One is in rough shape, with ever-increasing numbers of power outages and aging equipment "at very high risk of failing" that needs $4.472-billion worth of repairs – even as the province is selling 60 per cent of the company to the private sector.

The revelations about Ontario's expensive and aging electricity system were in Auditor-General Bonnie Lysyk's annual report released on Wednesday.

"We found that the electricity power planning process had essentially broken down over the past decade," Ms. Lysyk said at a Queen's Park news conference. "The [energy] ministry has made a number of decisions about power generation that went against the OPA's technical advice. In addition, these decisions did not fully consider the state of the electricity market or the cost impact on consumers."

Ms. Lysyk's report put 14 different government policy areas under the microscope. Among other things, she reported that the province has doled out piles of corporate welfare behind closed doors, gone $90-million overbudget on a flawed computer system for managing social assistance benefits that has resulted in $140-million worth of miscalculated payments, has $500-billion worth of infrastructure that must be fixed and failed to make sure home-care providers look after their patients properly.

But it all paled compared to her criticisms of the government's management of the electricity system.

By law, the Ontario Power Authority (OPA), which has now merged into the Independent Electricity System Operator, was supposed to provide a long-term plan for electricity that independent regulators would vet. But Ms. Lysyk found that in 2007 and 2011, OPA produced such a plan only to have the Liberals overrule it and make ad-hoc decisions on the system by fiat.

As a result, electricity prices for consumers and small businesses jumped by 70 per cent – from 5.32 cents per kilowatt hour to 9.06 cents – between 2006 and 2014, she found. The largest part of the reason for that is an increase to Global Adjustment Fees, which for the past decade have paid power-generating companies more than market price for their power as an incentive to set up in Ontario. Those fees amounted to $37-billion between 2006 and 2014, and are projected to add $133-billion from 2015 to 2032.

Energy Minister Bob Chiarelli defended the above-market prices as necessary. Before the Global Adjustment, he said, the government had trouble persuading private-sector generating companies to come to the province. "Wholesale market prices were not sufficient to attract much-needed investment in Ontario's electricity generation sector. In other words, there wasn't enough revenue coming to the generators, so they weren't building generating capacity," Mr. Chiarelli told reporters.

He said the draft long-term plans that the OPA created and the province killed were too "cumbersome" and did not include enough consultation. When he became minister in 2013, Mr. Chiarelli said, he changed the planning process and created a new type of plan that will manage the system in the future.

"When I arrived as a minister, there was a consensus that [the OPA's plan] was cumbersome," he said. "We worked aggressively, consulted aggressively and we introduced legislation that provides a good framework for consultation."

Mr. Chiarelli also contended that some of the higher electricity prices were a cost of weaning the province off coal-fired power and onto cleaner sources.

But Ms. Lysyk said Ontario pays more for green power than other jurisdictions. Compared to U.S. prices, the cost of wind power in Ontario is double and solar power is more than triple. The 2010 Green Energy Act, Ms. Lysyk said, failed to take advantage of low electricity prices and instead mandated higher prices for wind and solar power companies than they had received previously. This added up to $9.2-billion more in renewables costs.

In another case, when the government closed a coal-fired power plant in Thunder Bay in 2013, it decided to convert the plant to biomass to keep it going. Energy experts at the OPA told the government the conversion was not cost-effective, but the government went ahead anyway. Power from the plant now costs $1,600/megawatts per hour, which is 25 times the cost at other Ontario biomass plants, Ms. Lysyk found. Some of the biomass burned at the plant is imported from Europe, which undercuts part of the rationale for keeping it going, which was to help Ontario's forestry industry.

In a third situation, in January, 2010, the OPA warned the province that the Lower Mattagami hydroelectric project was $1-billion over budget, but the government allowed it to proceed. As a result, power from that plant costs $135/megawatts per hour, compared to an average cost of $46/megawatts per hour for two other recent hydro projects, Ms. Lysyk found.

The province also produces enough extra electricity to power the province of Manitoba, an excess that costs consumers, Ms. Lysyk found. For instance, the province paid $3.1-billion to power generators between 2009 and 2014 for power that was not needed, plus another $339-million not to produce power. The province also paid $32.6-million to exporters to distribute the excess power to other jurisdictions.

Mr. Chiarelli said the government opted for the Thunder Bay biomass plant because of "tremendous economic lobbying" from the mayor and the local mining industry, which wanted a source of power nearby. He said the government is also hoping to create a biomass industry in the area.

"We made a decision to proceed with this particular contract, knowing that it had economic development potential, knowing that it was a reliability issue and a very, very strong comfort level to the mining industry," he said.

Mr. Chiarelli said the government has made numerous improvements to cut costs out of the electricity system, including a new and more competitive process for handing out green energy contracts. Future projects, he said, would be less expensive than previous ones.

Ms. Lysyk's criticisms come at a crucial time for the government, as it seeks to privatize Hydro One. The province sold 15 per cent of the company on the stock market last month and is planning to sell 60 per cent in total over the next few years.

Progressive Conservative energy critic John Yakabuski said the government must use a lighter touch with the electricity sector.

"The Wynne Liberals often went against the advice of experts, ignoring the long-term impact of Ontario's electricity system on its ratepayers for its own short-term political gain," he said. "Ontario's energy sector should involve limited intervention by government. It should primarily be left to experts in the sector to ensure a cost-efficient, effective electricity system."

NDP Leader Andrea Horwath said: "This government has made a mess of our electricity system and a sell-off to the private sector will only make it worse." 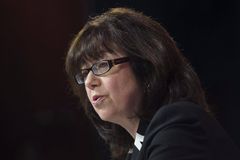 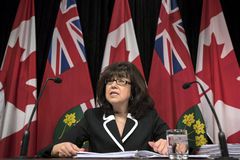 Ontario shrinks deficit by $1-billion with help from Hydro One sale
November 26, 2015 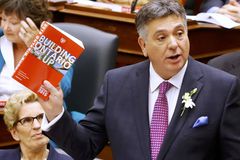 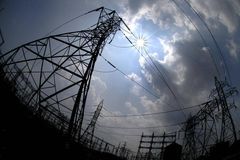 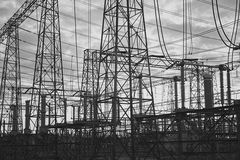 Gordon Pape: Why Hydro One is worth buying at a premium
Subscriber content
November 25, 2015 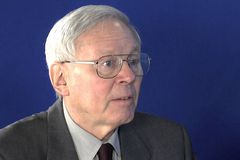