Once an international leader in stem cell technology, Ontario has announced funding for the creation of an institute for regenerative medicine and three 'disease challenge teams' to bridge the widening gap in the province between basic research and clinically tested therapies that improve the health of patients with chronic and degenerative diseases.

"We are supporting a sector that promises to bring incredible discoveries leading to life-changing therapies and cures while also growing our economy and securing our reputation as a leader in stem cell research," says Reza Moridi, Ontario Minister of Research and Innovation.

The Ontario Institute for Regenerative Medicine will bring together some 150 stem cell research groups, clinicians and bioengineers from across Ontario with the Centre for Commercialization of Regenerative Medicine (an organization that helps turn scientific findings into business opportunities) to bring successful stem cell therapies out of the lab and to the bedside.

"Our goal is to support excellence in stem cell research and its applications, to catalyze international partnerships, to train the next generation and to translate our discoveries into the clinic and into commercialization," says Dr. Janet Rossant, the Chief of Research at the Hospital for Sick Children and incoming president of the OIRM.

Stem cells, which give rise to every cell type in the body, hold the promise to not only treat a disease but to cure it altogether. Researchers believe degenerative diseases such as blindness, heart disease or Parkinson's might all be cured if we could replace the dying cells with the new, healthy cells. Stems cells could also deliver a cure for chronic diseases, such as cancer, by eliminating tumour cells, or diabetes, by providing new insulin-secreting cells.

Ontario has a long and impressive history in stem cell research – this is where it all began. In 1961, James Till and Ernest McCulloch, at the University of Toronto, were the first to show that stem cells in the bone marrow can give rise to all other kinds of blood cells. Their finding laid the foundation for all future stem cell work, and led to the development of bone marrow transplants. Other seminal discoveries include stem cells in the adult brain and the eye (which help regenerate these tissues), cancer stem cells (which drive metastases and hold the key to successful cancer treatments), as well as important technological advancements which helped researchers make safer stem cells for future use.

While Ontario remains an international leader in basic research, it's the practical side that has failed to keep pace. Along with $3.1 million for the institute, the province announced the creation of three Disease Challenge Teams, each composed of multiple research groups, whose stem cell therapy work is closest to human clinical trials. The teams – selected to receive grants for scientific excellence and practical feasibility through a peer review process involving Canadian scientists outside Ontario – are working to restore vision in macular degeneration cases, use heart muscle derived from stem cells to fix damaged hearts, and develop novel stem cell strategies for immunotherapy.

"Our big strength is the collaborative environment. We believe that the whole is greater than the sum of its parts," Dr. Rossant says.

Dr. Valerie Wallace, at the University of Toronto, is leading the team tackling age-related macular degeneration. The leading cause of blindness in the developed world, AMD occurs when the retina breaks down. "The main cells that degenerate are the cone photoreceptors that help us see colour and fine detail," Dr. Wallace says.

Unlike other therapies being tested elsewhere, Dr. Wallace's team plans to replace the damaged photoreceptor cells with new ones grown from stem cells. In collaboration with Dr. Molly Shoichet, also of University of Toronto, and the CCRM, the team has already developed biomaterials that help anchor these cells within the eye following the transplant.

The heart team, led by Dr. Gordon Keller at the University of Toronto, turns stem cells into heart cells – beating in unison in a dish – to develop treatment for ventricular fibrillation, the leading cause of cardiac arrest affecting 40,000 Canadians each year. As we grow older, the cells in the lower heart chamber, the ventricle, deteriorate, making the heart prone to fast and irregular heartbeats that can be fatal. Dr. Keller hopes to prevent cardiac arrest by replacing the damaged ventricular cells with those grown from stem cells.

Although the creation of 50 million heart cells is already routine business in Dr. Keller's lab, it takes far more than that to treat a single patient. Dr. Keller's team is collaborating with University of Toronto's Dr. Peter Zandstra and the CCRM to scale up the process to reach the one- to two-billion heart cells needed for each transplant.

Unlike the eye and heart teams, Dr. Mick Bhatia at McMaster University is taking a slightly different approach to growing replacement tissue from stem cells: His team discovered how to turn stem cells into a dendritic cells, a special kind of immune cell that can instruct the patient's immune system to kill tumours. As with heart cells, it will take billions of cells to treat a patient. Dr. Bhatia is working with the CCRM to increase cell production.

"The OIRM award gives us money to take the next step and move the project closer to the clinic. In the absence of that fund we would have just published an academic paper, pontificated on the stem cell approach and it would have ended there," Dr. Bhatia says.

To bridge the gap between research and treatment, the CCRM arm of the Institute has built relationships across the biotech sector, both in Ontario and internationally, to attract investment that will make the development of new therapies possible. It will also lead discussions between Health Canada and industry to ensure potential therapies are safe, effective and affordable.

"Our mission is to create new companies based on the promise of the science," says Dr. Michael May, chief executive officer of CCRM.

He hopes that eventually an Ontario-based biotech industry will use stem cells and other derived cell types to screen drugs to treat disease.

The $3.1-million in funding announced Tuesday only covers the awarded projects for a single year. In comparison, California has invested $3-billion in regenerative medicine in the past decade and has several promising treatments now in clinical trials. The Canadian Stem Cell Foundation, emphasizing the need for sustained investment, called on the federal government in October to commit half a billion dollars over a decade to boost stem cell research and development in Canada.

"Ontario has an amazing research community that I think makes it the best place in the world for regenerative medicine", says Dr. Fabio Rossi, Canada Research Chair in Regenerative Medicine at the University of British Columbia. He added that although the $3.1 million investment is a "drop in a bucket," it is a step in the right direction.

"We do need to continue to invest because the world is competitive. Ontario is recognized as a leader, but we need continued support to train the next generations, as well as develop a pipeline of discoveries," Dr. Rossant says.

Dr. Jovana Drinjakovic is a neuroscientist and a Fellow in Global Journalism at the Munk School in the University of Toronto. Special to The Globe and Mail. 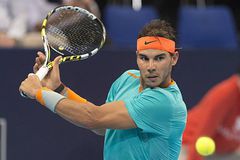 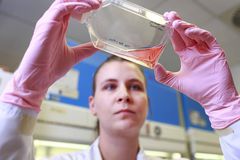 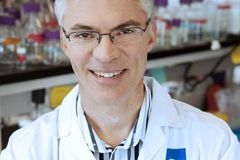 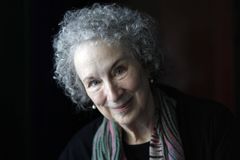 Hope for cystic fibrosis sprang from a eureka moment 25 years ago
September 17, 2014 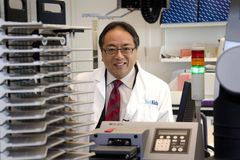 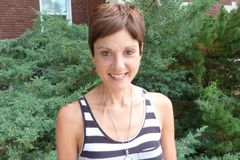