The Ontario Court of Appeal has rejected a Christian law school's bid for recognition in the province, calling its prohibition on sexual activity between same-sex married couples degrading and reminiscent of similar rules singling out blacks and interracial couples in the United States.

Trinity Western University, an evangelical Christian private school in Langley, B.C., has been seeking accreditation across Canada for a new law program. All students, staff and faculty at TWU must sign a "community covenant" which forbids sex outside of heterosexual marriage. The school says that it does not discriminate and that anyone may enroll.

The Law Society of Upper Canada, which regulates the legal profession in Ontario, had voted 28-21, with one abstention, to refuse to accredit the school, calling it discriminatory, and saying that the law society's role is to uphold the rule of law and advance the cause of justice. TWU appealed, first to Divisional Court, where it lost 3-0, and then to the appeal court, where on Wednesday, it lost 3-0 again.

The appeal court said that the case involved a collision of religious freedom and equality, and that the law society's decision needed only be reasonable to stand. The court took just three weeks to produce its decision: "Clearly, yes." As evidence the ruling was reasonable, it cited a 1983 U.S. case in which the federal government had taken away the tax-exempt status from Bob Jones University, which barred black students till 1971, and after 1971 only admitted blacks if they were married; on its religious principles, the school opposed interracial dating and marriage. The school lost the case at the U.S. Supreme Court.

The appeal court, in a ruling written by Justice James MacPherson, and supported by Justices Eleanore Cronk and Gladys Pardu, also said it agreed with the statement by intervenor groups OUTlaws and Out on Bay Street: "The Covenant is a document that discriminates against LGBTQ persons by forcing them to renounce their dignity and self-respect in order to obtain an education."

TWU said it would ask the Supreme Court of Canada to hear an appeal, saying it harms freedom of religion. "One of the most profound privileges is the fact that the government does not tell us what to believe. We may believe or we may not believe. This isn't just about a law school for us. It's about upholding freedom for everybody," Amy Robertson, a spokesperson, said in an interview.

Lawyer Guy Pratte, who represented the law society in the case, said the ruling affirms that the law society has the authority to ensure that law schools don't discriminate. "They are the front door, the gatekeepers to the law profession. Admission to law school should be based on merit, and merit alone."

The school has received accreditation in six provinces – Alberta, Saskatchewan, Manitoba, New Brunswick, Prince Edward Island and Newfoundland and Labrador. In British Columbia and Nova Scotia, law societies turned thumbs down, but superior courts overruled them. Those decisions are now before appeal courts.

The case provides a pivotal moment in Canadian human rights. In 2001, the same university won accreditation for its teacher college at the Supreme Court of Canada. But the Ontario Court of Appeal said that ruling should not be seen as binding the courts in the current case, and the Divisional Court said public attitudes had shifted during that time and needed to be taken into account.

Under the Conservative government, the federal justice department intervened in the case at a lower court to argue in favour of TWU's accreditation. The Liberal government did not intervene at the appeal court, but 12 other groups did. One intervenor, the Justice Centre for Human Rights, argued that the ruling was a blow to freedom in Canada. "The law society has, through its decision, excluded qualified Christian students," Daniel Santoro, a Toronto lawyer who represented the centre, said.

John Norris, a lawyer representing the Criminal Lawyers Association, which also intervened, said the ruling strikes the right balance between religious freedom and equality: "The time has come to not accept at face value religious justifications for discriminatory conduct in the public sphere." 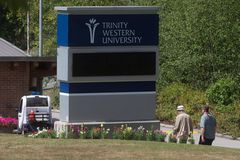 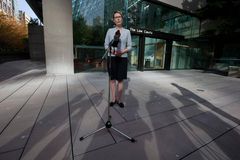 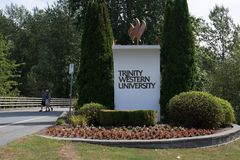 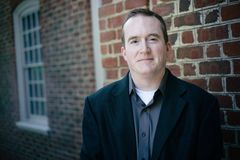 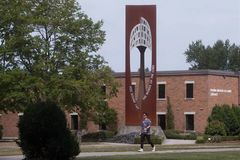