Transgender people in Ontario who want gender-reassignment surgery, also known as gender-confirming surgery, can now get a referral from a wide variety of health professionals across the province, a move experts say will reduce a massive backlog.

Until now, the only place transgender people could get an assessment for surgery in Ontario was at Toronto's Centre for Addiction and Mental Health. There are about 1,500 people on the waiting list to be seen at CAMH's Gender Identity Clinic, a backlog that would take several years to resolve.

As of March 1, doctors, nurse practitioners, nurses, psychologists and registered social workers who have undergone special training can provide referrals. Experts say the move puts Ontario at the forefront in Canada when it comes to providing referrals for surgery.

"It's a great step," said Christopher McIntosh, psychiatrist and head of the CAMH Gender Identity Clinic. "Our little tiny clinic has not been able to handle the demand."

In an e-mail statement, Ontario Health Minister Eric Hoskins said the province is setting aside $2-million to expand health-care services for transgender individuals and to reduce the backlog at CAMH.

"This change will help transgender patients access referrals for gender-confirming surgery in their own communities from their existing circle of care," Dr. Hoskins said. "It's the right thing to do."

The funding will also go toward the creation of a care centre at Toronto's Sherbourne Health Centre to support patients after surgery, as well as a new surgical program at Toronto's Women's College Hospital for people planning surgery.

According to an explanatory document on the Health Ministry's website, any health professional who provides a referral must have training in line with standards set by the World Professional Association for Transgender Health. Although questions remain about how training will be provided and how many health professionals will take advantage of it, Anna Travers, the director of Rainbow Health Ontario, said her organization will likely be leading efforts to provide such training.

Ms. Travers noted that her organization, which is funded by the province and focuses on promoting health of the lesbian, gay, bisexual, trans and queer communities, has been providing some training to health professionals for several years.

"Now what we would like to do is add a module where we zero in on the whole process of doing this assessment and referral," Ms. Travers said.

Several key challenges remain. For starters, it's unclear when or how the new system will roll out. In the meantime, Dr. McIntosh said patients who are on the CAMH waiting list shouldn't cancel their appointments until things get sorted out. Even after they get a referral, patients who want genital surgery can face lengthy delays. Canada has only one centre, located in Montreal, that performs that type of complex surgery.

But one of the biggest concerns is the fact that many transgender people feel stigmatized and shut out of the health-care system, said Jack Hixson-Vulpe, a facilitator working with The 519, an LGBTQ-focused charity in Toronto, who also identifies as trans.

Under the new rules, more health-care providers will be able to refer patients for surgery. But if only one doctor or nurse in an institution undergoes the necessary training, the patient may still face judgmental, invasive questions from other health professionals. It's a serious issue facing the trans community and needs to be addressed, Mr. Hixson-Vulpe said. The problems don't just revolve around gender confirming surgery, he said.

"It really is a huge systemic issue," he said. 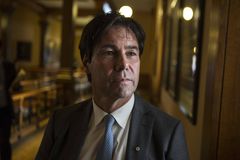 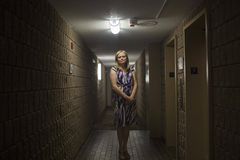 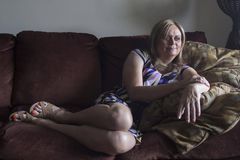