Bottled water companies in Ontario may soon have to pay more and take less water as public outcry over revelations that the province charges them just $3.71 for every million litres triggered a government review.

There is a difference between taking water for agricultural or industrial use and taking it to sell bottled water, Premier Kathleen Wynne said Wednesday. Some of the conditions of the permits for bottled water use are outdated, she said.

"Also, there's an issue around the timing. As we all know, it's been a dry summer and so I think we need to look at what are the right triggers in place in terms of quantities that are allowable given the conditions."

Wynne has asked Environment Minister Glen Murray to review permit conditions for bottled water companies. It will look at whether there is a sufficient price on removing water, he said.

"I think for some of the folks that are removing it and taking it away, that they got a really sweet deal," he said. "Maybe too sweet a deal."

Environmental group Wellington Water Watchers is urging Ontario not to renew a permit for Nestle Waters in Aberfoyle, Ont., that expired on July 31. It's upset that the company has been allowed to keep extracting water from a local well in the midst of a severe drought in the province.

A water-taking permit remains in force if a renewal application is made at least 90 days before it expires.

"Quite frankly, that window gives us an opportunity to look at what should change, rather than issuing a new permit under the same parameters as the former permit, which I think would not be appropriate," Wynne said.

Times have changed, she said.

"Thirty years ago, we wouldn't have envisioned an industry that took water and put it in plastic bottles so that people could carry it around," Wynne said.

"I mean, we didn't drink water from plastic bottles 30 years ago. We turned on the tap and the fact is our tap water in Ontario is among the best in the world."

Nestle Canada has two permits to take up to 4.7 million litres of water every day for bottling. Other bottled water companies with large water-taking permits in Ontario include Gold Mountain Springs, Gott Enterprises and St. Joseph Natural Spring Water.

Ontario charges companies just $3.71 for every million litres of water after they pay a permit fee of $750 for low- or medium-risk water takings, or $3,000 for those considered a high risk to cause an adverse environmental impact.

Nestle Waters Canada said it has built a "solid body of scientific data on the local water resources" and has a long-term commitment to sustainable water management.

"This monitoring program goes above our permitted requirements and we have always been compliant with the government set rate for water taking," the company said in a statement.

"We fully agree that all groundwater users should pay their fair share to fund the management of our water resources and all users must be treated equitably...We share Premier Wynne's concerns and are committed to being part of the solution."

"Three dollars and seventy-one cents is obviously wholly inadequate," said board chair Mike Nagy. "We would actually like to see most of these permits phased out, to be honest, and we oppose new consumptive permits." 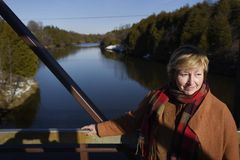 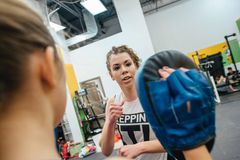 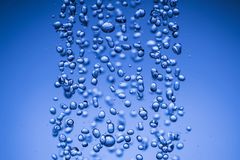