The Ontario Court of Appeal has ordered a new trial for a gay man convicted with sexual assault, because the jury foreman was a Toronto radio producer who went on air to talk disparagingly about homosexuality.

In a 2-1 decision, Justices Mary Lou Benotto and Michael Tulloch ruled that the behaviour of the juror, Derek Welsman, who worked for a now-defunct show hosted by veteran shock jock Dean Blundell, "created a reasonable apprehension of bias such that a new trial should be ordered."

The decision signals that jury bias against gay people is just as unacceptable as bias against other recognized minority groups such as blacks, Asians or aboriginal people, said Jill Presser, the lawyer for the appellant, Joshua Dowholis.

"The majority is saying that homophobia is just as unacceptable in the justice system as racism and that's a huge step forward," she said in an interview.

"Now a homophobic juror is ground for a new trial. They've elevated homophobia to the no-no list."

The third magistrate on the appellate panel, Justice David Doherty, didn't think Mr. Welsman's remarks were grounds to allow the appeal but he, too, ordered a new trial because he deemed that the trial judge hadn't properly instructed the jury.

Identified in court as juror no. 12, Mr. Welsman took part in the 2013 trial of Mr. Dowholis, an HIV-positive man charged with four counts of aggravated sexual assault and two counts of forcible confinement.

While the trial was still under way, and on separate occasions after the verdict, Mr. Welsman appeared on the Dean Blundell Show, on 102.1 The Edge, jesting but also expressing disgust at the case, which involved drug-using gay men hooking up at bathhouses.

He talked about "going straight to the showers," joked about prison rape and the colour of bodily fluids.

Although the Crown argued that Mr. Welsman was just replying after being prompted by Mr. Blundell and his co-host, Billie Holiday, Judge Benotto said the jury foreman was a willing participant in the discussion.

"He was part of the show and part of the jokes. He hinted at the content of the trial and spurred on the hosts even before the trial was over. The tone and content of the conversations reveal prejudicial attitudes towards the lifestyles of some gay men," the judge wrote in her decision.

Judge Benotto was also not swayed by the Crown's argument that, despite his "puerile" tone, Mr. Welsman took his jury duty seriously.

"The impression created by the juror's conduct goes beyond a bias against gay men. A reasonable observer would have the impression that the juror lacked respect for the justice system. This goes directly to the perception of fairness," she wrote.

In his minority decision, Judge Doherty said he felt Mr. Welsman was "playing the 'straight man' role," setting up Mr. Blundell and others to deliver "punchlines."

"I do not mean to assert that humour predicated on stereotyping or ridiculing identifiable groups is harmless or acceptable," he cautioned, but added that he couldn't quash serious criminal charges when not convinced of Mr. Welsman's actual bias against gay people.

Instead, Judge Doherty said there should be a new trial because of the way the trial judge, Ontario Superior Court Justice Faye McWatt, instructed the jury.

The case involved four complainants who met Mr. Dowholis during three separate occasions in the fall of 2011.

"The instruction provided failed to make the essential point that belief of one complainant could not support or confirm the allegations of the other complainants," Judge Doherty wrote.

The Crown has 30 days to decide whether to appeal.

Because Mr. Dowholis was unable to obtain bail during the appeal of his case, he has already served more than four years in detention and is now out on parole, his lawyer, Ms. Presser, said.

She said she would ask the Crown for a stay of proceedings, considering the time her client has already spent behind bars. Dropping the charges would clear him of his parole conditions and criminal record, she said. 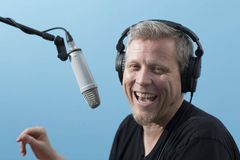 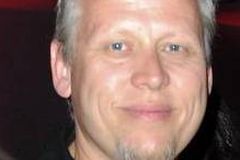 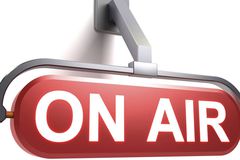