Ontario's top court has created a new way for individuals to sue people who invade their private information, a new step in the legal system's attempts to come to terms with the digital age of online record-keeping and communications.

Crafted by the Ontario Court of Appeal on Wednesday, the change will provide a legal avenue for those whose sexual practices, private correspondence or personal records have been snooped on for no legitimate reason.

The court said information is being generated and stored at a staggering rate, but legislation has not kept pace – leaving aggrieved parties no recourse against those who violate their privacy.

An individual's shopping and travel habits, choice of movie rental and text messages are all vulnerable to a determined hacker or snooper, Mr. Justice Robert Sharpe observed. "In modern times, the pace of technological change has accelerated exponentially," he said on behalf of Chief Justice Warren Winkler and Mr. Justice J.D. Cunningham.

In his ruling, Judge Sharpe created a new legal tort – a basis for a lawsuit – called "intrusion upon seclusion."

The decision permitted a Toronto woman, Sandra Jones, to sue a fellow Bank of Montreal employee, Winnie Tsige, for allegedly gaining improper access to Ms. Jones's banking records on 174 occasions over a four-year period. At the time, Ms. Tsige had been in a common-law relationship with Ms. Jones's former husband.

Initially, a trial judge rejected Ms. Jones's lawsuit on the basis that she had no legitimate cause of action. Having created the new legal tort, Judge Sharpe went on to award Ms. Jones $10,000 in damages.

"We are presented in this case with facts that cry out for a remedy," Judge Sharpe said. "While Tsige is apologetic and contrite, her actions were deliberate, prolonged and shocking. Any person in Jones' position would be profoundly disturbed by the significant intrusion into her highly personal information."

Scott Fenton, a Toronto lawyer with expertise in technology law, said the decision is a landmark in the development of privacy. "Privacy is a fundamental value in a free and democratic society," he said. "It is essential for a person's well-being."

Mr. Fenton said that the new "intrusion upon seclusion" doctrine provides a powerful weapon to the vulnerable in a time where the wide-scale storage of personal private information on computer databases is ubiquitous. "Most often, these cases will concern intrusions upon informational privacy, such as personal bank records," he said. "But it could also extend to privacy in one's home."

A Toronto family lawyer, Phil Epstein, predicted that warring spouses are likely to seize the opportunity to sue one another for all manner of intrusions.

"In the trauma and pain of divorce and separation, too often spouses look for ways to hurt each other or seek revenge," Mr. Epstein said in an interview. "Spouses often snoop on each other, and this case is fair warning that this kind of improper conduct may be actionable and compensable in damages."

Judge Sharpe said in his ruling that awards should rarely rise above $20,000. They will be assessed based on the nature and harmfulness of the wrongful act; the effect it has on the plaintiff's health, welfare, social, business or financial position; and whether the defendant has shown regret or offered to make amends.

The key to success will be to establish that an intrusion would be "highly offensive" to the average reasonable person, he said.

"A claim for intrusion upon seclusion will arise only for deliberate and significant invasions of personal privacy," Judge Sharpe wrote. "Claims from individuals who are sensitive or unusually concerned about their privacy are excluded."

Mr. Fenton said this caveat means that a claim that an incidental or relatively innocuous invasion of privacy – such as the Google street views depicting an individual walking down a street – is an intrusion upon seclusion would have little chance of succeeding.

Invasion of privacy has been a growing field, expanding to permit litigants to ground lawsuits in a wide range of provocations such as trespassing and nuisance behaviour. Plaintiffs have had recourse to defamation and libel suits if damaging personal information has been published or disseminated.

However, the courts had little power to help individuals whose private affairs or information were violated by others without any tangible loss.

Judge Sharpe said legal academics have debated the notion of "intrusion upon seclusion" for many years. However, he said it was high time for a top court to carve out a proper cause of action.

"Existing provincial legislation indicates that when the legislatures have acted, they have simply proclaimed a sweeping right to privacy and left it to the courts to define the contours of that right," Judge Sharpe said.

Have a question on what this new legal development means for you? E-mail your queries and we'll post a selection of your questions, along with responses from lawyer Scott Hutchison. 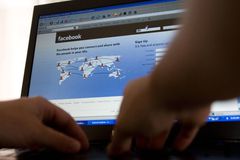 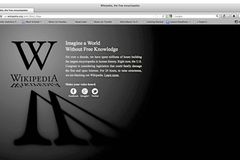 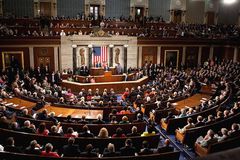