Ontario's minority Liberal government is pledging to better protect freedom of speech with legislation that would crack down on spurious lawsuits sometimes filed to silence citizens or environmentalists that oppose development projects.

The suits, known as SLAPPs, or strategic lawsuits against public participation, are tactical moves made to intimidate local residents or activists engaged in a fight with a developer or corporation that can afford expensive lawyers. But some lawyers who act for developers have warned against moves that would too dramatically restrict their ability to use the courts to fight wild claims made by some of their opponents.

Attorney-General John Gerretsen will announce the legislation Tuesday at an event at the University of Toronto's law school, and the bill will be formally introduced in the legislature in the afternoon.

In 2010, the Ontario government struck a blue-ribbon panel, chaired by University of Toronto law-school dean Mayo Moran, to advise it on how to draft legislation to stop developers or other plaintiffs from filing lawsuits meant only to intimidate critics.

The panel called for a test that defendants could use to throw SLAPPs out of court. Under this framework, the plaintiff would have to prove that the damage he or she faced was greater than the harm to freedom of expression for the case to continue. The panel recommended that, if a plaintiff were found to have acted with an "improper motive" in filing a SLAPP, the defendant would be entitled to damages.

Quebec has adopted an anti-SLAPP law, and about half of the U.S. states have similar laws on the books. British Columbia briefly had such legislation in place, before it was repealed after the Liberals were elected in 2001. Ontario's Environmental Commissioner, Gord Miller, has also called for laws to stop SLAPPs.

Last October, Ottawa MPP Yasir Naqvi – now the Minister of Labour – introduced a private member's bill to that effect. But the legislation died when then-premier Dalton McGuinty had the legislature prorogued.

Mr. Naqvi's bill included provisions that would freeze other development approvals if a lawsuit believed to be a SLAPP were filed, making developers less likely to use the tactic.

David Donnelly, a Toronto environmental lawyer who alleges that multimillion-dollar libel lawsuits filed against him and others during a lengthy battle against a Lake Simcoe resort development were SLAPPs, welcomed the move. He said protecting the public's right to speak out was an important part of protecting the environment.

"We've got too much development in Ontario with too many developers who have pushed the envelope with lawsuits and cost claims at the [Ontario Municipal Board] to go any further without anti-SLAPP legislation," Mr. Donnelly said in an interview.

He said any concerns from developers that such a law could restrict their ability to defend themselves against libellous claims were unfounded: "In Southern Ontario, to say that developers need protection from environmentalists is to say that David should have been deprived of his slingshot against Goliath."

Jeffrey Davies, a Toronto lawyer who acted for the resort project that Mr. Donnelly and others fought against, says developers sometimes need to take legal action to ensure that falsehoods about a project are countered. He said any anti-SLAPP law needs to keep the rights of developers in mind, and warns that the devil will be in the details.

"We want to make sure that the legislation is not a licence to slander," Mr. Davies said. He denies the legal actions taken against Mr. Donnelly and others were SLAPPs. 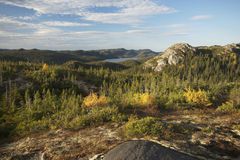 Greenpeace admits allegations against Resolute were inaccurate
May 11, 2018 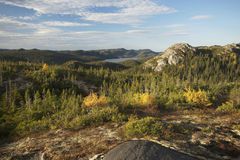 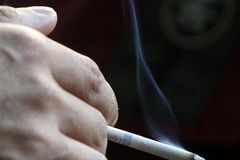 Follow Jeff Gray and Adrian Morrow on Twitter @jeffreybgray @adrianmorrow
Report an error Editorial code of conduct
Due to technical reasons, we have temporarily removed commenting from our articles. We hope to have this fixed soon. Thank you for your patience. If you are looking to give feedback on our new site, please send it along to feedback@globeandmail.com. If you want to write a letter to the editor, please forward to letters@globeandmail.com.
Comments