Ontario's doctors have rejected a new fee agreement with the province in a rebuke to their own leadership and a Liberal government that has struggled to reach labour peace with its physicians.

The Ontario Medical Association says that 63.1 per cent of its members voted against the four-year deal in a rare general meeting on Sunday. The deal would have provided an annual increase of 2.5 per cent to Ontario's $11.5-billion physician services budget, and prohibited future unilateral fee cuts by the government.

The province's doctors have now been without a contract for more than two years.

The hardline stand of Ontario's doctors raises questions across the country about how to balance the labour rights of a well-organized profession with spiralling health costs that threaten to swamp provincial budgets as populations age and guaranteed federal health transfers grow at a slower rate.

Health spending per capita varies by province, but was expected to account for about 10.9 per cent of Canada's GDP in 2015, according to a report by the Canadian Institute for Health Information (CIHI).

In Ontario, the vote further soured relations between doctors and the province. Health Minister Eric Hoskins called the result "disappointing" and urged both sides to "reflect carefully on next steps during the coming weeks."

Those next steps remain unclear. In a statement, the OMA said it would request a meeting with the government to lay out its expectations for fresh negotiations. But the leadership of both sides has been bruised by the process.

Kulvinder Gill, co-leader of the lobby group Concerned Ontario Doctors, which opposed the deal, would not comment on whether Virginia Walley, who supported it, should continue as OMA president.

Dr. Walley said she would not be resigning as president and said she would continue to "vigorously represent" the OMA's position to the Liberal government. She conceded before the vote that the deal wasn't perfect but argued that it would offer some stability after a more than two-year stalemate.

"We brought to [the membership] a tentative agreement that we thought was worthy of seeking their opinion," she said on Monday. "They have voiced their opinion, and of course we respect that."

In the wake of the vote, Ontario Progressive Conservative Leader Patrick Brown called for Dr. Hoskins, himself a family physician, to be fired.

"It's time someone is held accountable," he said in a statement.

The showdown between a Liberal government trying to limit spending and the province's 42,000 physicians, residents and medical students will now drag on, with uncertainty replacing the predictability that advocates said the proposed deal would bring.

Talks between the sides broke down in January, 2015, and were mainly carried on through occasionally provocative public statements until a bout of secret discussions in July produced the tentative deal. The new fee agreement would have had the government and doctors "co-manage" the physician services budget.

Still, an elated Dr. Gill called the No vote a "huge victory" for doctors and patients. The major sticking points for the No camp were fee cuts and a lack of binding arbitration for future agreements.

Ontario doctors have argued that the 2.5-per-cent annual fee hike offered in the deal amounted to a cut, because previous fee reductions outweighed the proposed increase and because it wouldn't cover cost increases tied to inflation and a growing, aging population.

Their calls for binding arbitration are rooted in a hope that the process would yield steadier increases in physician fees. Seven provinces and territories have some form of binding arbitration for physicians, and in 2002, an arbitrator in British Columbia awarded the province's doctors a 20-per-cent fee increase, which would have amounted to $50,000 a doctor, prompting the government to invalidate the ruling with legislation.

The OMA is seeking to force the government's hand on arbitration through the courts.

In Ontario, physician services account for 10 per cent of the provincial budget and 25 per cent of the health-care budget. Gross compensation for the average Ontario doctor is $368,000 annually, the highest in Canada according to the CIHI, although the figure doesn't account for costs such as rent, equipment, and staff salaries.

Some doctors make considerably more than the provincial average. In a dramatic news conference in April, Dr. Hoskins revealed that more than 500 doctors billed the provincial insurer more than $1-million last year. One ophthalmologist billed about $6.6-million.

Physicians criticized Dr. Hoskins for cherry picking cases and vilifying doctors, but the OMA eventually agreed to clamp down on high billing as part of the tentative deal.

Rifts within the profession between various specialties and even across generations spilled into the open at the OMA's general meeting on Sunday, the first it has held since 1991.

"This divisiveness is so disheartening," said Andrea Moser, a family physician in favour of the agreement.

After the meeting, Dr. Walley insisted that doctors would unite after the vote, regardless of the result.

"I have every confidence that our profession will come together," she said.

With reports from The Canadian Press and Globe staff 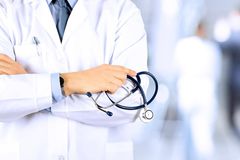 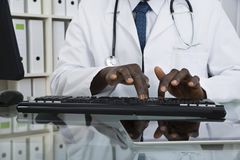 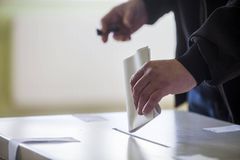