Ontario doctors providing methadone treatment are being warned by regulators not to put vulnerable patients at risk as they continue their battle with the province over fees.

A letter sent to doctors this week by the College of Physicians and Surgeons of Ontario follows the closing of two Toronto clinics because of recent billing rate reductions, and comes as access to treatment in rural communities continues to be threatened.

The one-page notice reminds methadone prescribers who are thinking about stopping care of their "professional obligations" to patients, who receive the drug as part of treatment for heroine and other opioid addictions. The need to give patients notice and help them find a new doctor is critical, it states, because of the "unique, high-risk situation" of methadone patients. "We are very concerned that abandoned methadone patients may be at risk for relapse and at high risk for overdose and death," the letter states.

"We realize the risk to patients is high and the options are limited," said Wade Hillier, director of the college's quality-management division, who signed the letter. "This is not like going down the street and finding another family doctor. Access is a huge issue and patients are absolutely dependent on that drug for stability."

Despite the high stakes, Mr. Hillier said his letter is meant as "advice." The college, which is the self-regulating body for doctors in the province, cannot tell a physician to continue care, he said. It does have a policy that provides "guidance" about ending a relationship with a patient.

Unless the college receives a formal, written complaint from a patient, or a senior figure such as a hospital leader or coroner, concerning the way care has been stopped, it will not investigate the conduct of individual doctors, he said.

Methadone has become a flashpoint in the fight over compensation between the Ontario government and doctors after the fee for a urine drug-screening test used once a week or more was cut in half in October. The cut was part of a second round of rate reductions imposed by the province this year on doctors, who have been without a fee agreement since 2014.

Doctors who provide methadone treatment in stand-alone clinics say the cut to the urine test has reduced their revenue by about 25 per cent and makes it financially difficult to run sites that service small groups of patients.

As of July, 42,000 patients in Ontario were receiving methadone treatment, according to figures provided by the college.

Already one community – Manitoulin Island in northern Lake Huron – has had to scramble to find a doctor to step in temporarily to provide methadone treatment to the mostly First Nations community after patients received notice that clinics there were closing.

The community was told the fee cuts meant the island's three clinics were no long financially feasible to run, he said.

Ontario Health Minister Eric Hoskins has questioned how a cut to the billing rate for a single urine test that does not need to be administered by a doctor can make a difference in the viability of a clinic – describing many doctors operating methadone clinics as "very well compensated."

Last year, 1,032 doctors in Ontario billed the province for the urine-screening test in question, according to the Ministry of Health. 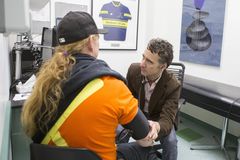 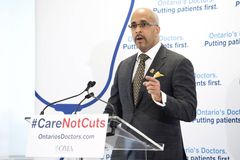 Ontario doctors go on the offensive in wage dispute
September 27, 2015 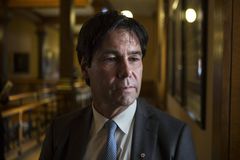