It looks like a large hair dryer at a beauty salon, but can be used to deliver intense heat to a precise area of the brain. Neuroscientists are hoping soon to test whether it can help them destroy a brain tumour without opening a patient's skull.

If preliminary results for focused ultrasound are promising, then Todd Mainprize and other scientists at Sunnybrook Health Sciences Centre in Toronto have a new place to go for funding for the next stage of their research. The Ontario Brain Institute, announced by Premier Dalton McGuinty on Monday, will provide $15-million over three years for collaborative research on the frontiers of neuroscience. The goal is to make Ontario a brain science hub, to bring researchers from across the province together and to help them commercialize their discoveries.

Neuroscientists welcomed the news, and said $15-million is a good start toward building on Ontario's strength in brain research.

"It is such a huge vision. I thought there was no way it would fly," said Randy McIntosh, a researcher at Baycrest's Rotman Research Institute in Toronto, who was consulted by the government about the initiative. "There will be opportunities for each neuroscientist in Ontario to take advantage of this."

The structure is still being worked out, but the institute will link different groups of researchers and allow them to combine their efforts on everything from how genes affect brain dynamics to practical tools to help people with dementia remain at home longer.

Sandra Black, a expert in dementia at the University of Toronto and Sunnybrook, said the new institute could help speed up clinical trials of new diagnostic procedures and treatments. She said there is hope that focused ultrasound will one day help patients with Alzheimer's disease or blood clots in their brains. It allows researchers to use heat to destroy a spot of tissue in the brain, but also to make a temporary opening in the blood-brain barrier that could be used to get drugs into a specific area.

The institute will also bring together researchers and entrepreneurs, Mr. McGuinty said, and will help the province's life sciences companies win a bigger share of the global market for products that support patients with brain diseases and disorders, including Parkinson's, autism and schizophrenia.

"Ontario is one giant step closer to clearly establishing our province as a leader in discovering and translating new knowledge about the brain," said Joseph Rotman, an entrepreneur and philanthropist who is on the interim board of directors for the Ontario Brain Institute.

One of its first international partnerships will be with Israel. In fact, Israeli President Shimon Peres invited Ontario to form a partnership on brain research during Mr. McGuinty's trade mission to the Middle East in May.

"He throws this at me from out of nowhere," Mr. McGuinty said.

Israel and Ontario have not yet worked out the details. Before that happens, Mr. McGuinty said, the province needs to get its house in order by establishing a collaborative network of researchers.

"This is not something that should threaten any of the 12 brain research centres that are working hard around the province," he said. "This is a matter of tapping into that expertise."

The new institute, he said, is about giving hope to the more than one million Ontarians living with neurological conditions.

"I'm talking about new treatments like deep brain stimulation to help a mom or dad with Parkinson's disease, or stem cell research that might one day help slow the ravages of Alzheimer's."

Dr. McIntosh said he is thrilled about the idea of collaborating with Israeli scientists.

He is working on a virtual brain, a grid of powerful computers that can mimic basic patterns of brain activity that occur when people are doing different things, like reading or recognizing faces. He hopes that one day it will help doctors treat patients whose brains have been damaged by stroke.

"Israel has some of the most phenomenal computational neuroscientists in the world. To link the stuff we are doing here to the stuff in Israel would be fantastic."

But is Ontario's ambition matched by the funding it has pledged for the institute? Neuroscience can be very expensive. As a comparison, Adrian Owen, a British researcher moving to Canada in December, will get $10-million over seven years from the federal government.

Dr. McIntosh said the $15-million will get the institute going, but it will be up to the academic and business communities to pitch in beyond the first three years.

"You have to start somewhere." 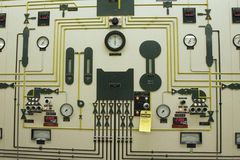 Raise for Ontario hospital workers puts squeeze on cash for care
November 9, 2010
Follow Anne McIlroy and Karen Howlett on Twitter @AnneMcIlroy @kahowlett
Report an error Editorial code of conduct
Due to technical reasons, we have temporarily removed commenting from our articles. We hope to have this fixed soon. Thank you for your patience. If you are looking to give feedback on our new site, please send it along to feedback@globeandmail.com. If you want to write a letter to the editor, please forward to letters@globeandmail.com.
Comments