For the second time in as many years, Ontario is being sued for contravening a landmark legal settlement that was intended to protect jail inmates with mental-health issues.

The Ontario Human Rights Commission says the province is still placing mentally ill inmates in solitary confinement in contravention of a legally binding agreement it reached with the province four years ago.

On Tuesday morning, the commission filed a contravention application with the Human Rights Tribunal of Ontario, alleging "major breaches" of a settlement reached in 2013 in a lawsuit between the province and former inmate Christina Jahn.

"When the government signs on the dotted line, it should be held accountable for its promises," Ontario's chief human rights commissioner, Renu Mandhane, said during a morning news conference at Queen's Park. "Through this application to the tribunal, we are once again calling on Ontario to meet its obligations under the Human Rights Code and to honour the commitments it made four years ago."

The Christina Jahn case was resolved in September, 2013. Ms. Jahn had alleged that she spent 210 days in solitary confinement at Ottawa-Carleton Detention Centre, where she endured cruel and inhumane treatment because of her gender and mental illness.

The parties reached a series of "public interest remedies" designed to improve the lot of women and mentally ill prisoners in provincial facilities.

Among those remedies was a commitment to prohibit the placement of mentally ill inmates in solitary confinement unless exceptional circumstances exist, monitor segregation use and provide greater mental-health screening.

The effectiveness of those measures was unclear until earlier this year, when independent correctional adviser Howard Sapers released a report on solitary confinement in Ontario. It showed that the segregation of mentally ill inmates had actually increased in the years following the Jahn settlement.

"Those promises were not kept, that legal commitment was not kept," Mr. Champ said. "The use of segregation for people with mental illness has not been eliminated, it has not gone down, it has increased in the province of Ontario. These are deeply entrenched practices in our correctional institutions and it requires meaningful action."

In a statement, Corrections Minister Marie-France Lalonde acknowledged the ministry's shortcomings and said work is being undertaken to correct them.

"Today Ontario's Human Rights Commissioner raised a number of concerns regarding the implementation of the remedies outlined in the Christina Jahn settlement," Ms. Lalonde said. "We are deeply concerned by the issues raised by the Commissioner and we know – plainly and simply – that we need to do better."

Despite the minister's outward commitment to change prison operations, internal tragedies continue to rock the ministry. In December, Soleiman Faqiri, an inmate with schizophrenia, died in custody at the Central East Correctional Centre in Lindsay, Ont. He had been identified as having urgent mental-health needs by both his family and correctional staff. A judge ordered a mental-health assessment, but he died in jail following a confrontation with staff before a secure psychiatric bed could be found.

"My brother needed a bed and a doctor," Yusuf Faqiri, Soleiman's brother, said at the news conference. "Instead he got handcuffs and fists."

This is the second time the ministry has faced a contravention application. In June, 2015, Ms. Jahn claimed the ministry had failed to distribute a handout to inmates informing them of their rights – another one of the public-interest remedies.

That application resulted in the province agreeing to distribute the handout and post signage in segregation units informing inmates of their rights.

The legal action comes at a busy time for the ministry. Mr. Sapers is preparing a second report on prison operations in the province and ministry staff are working on a bill to overhaul correctional practices that's set to be introduced some time during the fall session. 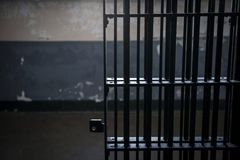