Ontario's system for connecting patients who want an assisted death with co-operative doctors is failing the grievously ill and putting pressure on physicians who want no part of the new law, according to health-care providers on both sides of the euthanasia divide.

Ten months after medical aid in dying became legal, Canada's most populous province still has no public co-ordinating service that would allow patients or their families to find physicians willing to perform assisted-death assessments and administer the lethal drugs.

Instead, Ontario's Ministry of Health and Long-Term Care is keeping a confidential roster of medical-aid-in-dying providers, but the names of those doctors are available only to other clinicians making referrals.

Read more: How do you put a price on medical aid in dying?

"I've had a couple of patients who made suicide attempts because they were concerned that they weren't going to be referred and they couldn't stand it anymore," said Chantal Perrot, a Toronto family doctor who says about half of the patients she has seen for medical-aid-in-dying assessments could not get a timely referral.

"These people are frail, they're terrified ... they are wanting to at least have an assessment for this procedure and [they're] willing to take it into their own hands, or try to."

Health Minister Eric Hoskins is promising to set up a co-ordinating service later this year, but in the meantime, doctors who object to referring patients for assisted death on moral grounds are taking their own regulatory college to court and asking the provincial government to insert a conscience protection clause into an assisted-dying bill that is working its way through the legislature.

"Our doctors have been, I would say, incredibly disturbed and distressed by this because they are being put in a position where they have to choose between their conscience and their careers," said Larry Worthen, the executive director of the Christian Medical and Dental Society. "I've already had some, that I know of, who have left the province and others who are wanting to find ways to restrict their practice to protect themselves from this."

The Christian Medical and Dental Society is one of the groups suing the College of Physicians and Surgeons of Ontario (CPSO) over a policy it adopted last year compelling doctors to provide an "effective referral," for patients contemplating assisted death. The court case is expected to begin in June, with the provincial government intervening in support of the CPSO.

The CPSO confirmed to The Globe and Mail that it is investigating some doctors in relation to medical-aid-in-dying, but it declined to provide details, citing its confidentiality policy.

Mr. Worthen said the doctors he represents are not trying to prevent patients from receiving an assisted death. They would be willing to direct patients to an e-mail address or phone number for a co-ordinating service, but Ontario does not have one.

Nor has the government found willing medical-aid-in-dying providers in every part of the province. The Central West Local Health Integration Network, which covers Brampton, north Etobicoke and other towns west of Toronto, has no local assisted-dying providers on the province's referral list, said David Jensen, a ministry spokesman. When a patient from Central West requests an assisted death, the ministry can call doctors from neighbouring regions, he added.

The province's list had 138 doctors on it as of March 24, 32 of whom asked to be put on temporary hold because they were away. Thirty of the 138 doctors will only assess patients to see if they meet the eligibility requirements for assisted death, not administer the drugs, according to the ministry.

Mr. Worthen and others pointed to Manitoba and Alberta as provinces where the government has managed to strike a balance between the rights of patients and the rights of objecting doctors.

Manitoba has a Winnipeg-based team whose members travel across the Prairie provinces to help the severely ill end their lives.

Alberta has four care co-ordinators who respond to requests for medical aid in dying submitted via phone or e-mail. They guide patients and families through the paperwork, find two doctors to perform the eligibility assessments and help arrange the assisted death itself.

"When we started working on this whole process way back at the beginning, we worked with the College [of Physicians and Surgeons of Alberta] all the way through," said James Silvius, Alberta's lead physician for the assisted-death program. "We brought each other along on this journey. I think that was critical, because we don't have the same situation as the CPSO."

Dr. Hoskins was not available for an interview, but he told reporters at the legislature that he believes conscientious objectors will be satisfied with the care co-ordination service once it is up and running.

Some Ontario hospitals have already filled the vacuum with their own assisted-death co-ordination teams.

John Scott, a veteran palliative care doctor at the Ottawa Hospital and a conscientious objector to assisted death, said that his hospital has set up a medical-aid-in-dying program in its ethics office. Anyone can call or e-mail the team – a patient, a family member, a nurse, a social worker, a doctor – and an ethicist will come to the patient's bedside to start the process.

"We feel it works well," Dr. Scott said. "It not only helps access [medical aid in dying,] it also prevents this unnecessary conflict over conscience protection."

But Dr. Perrot and her allies at Dying with Dignity Canada, where Dr. Perrot sits on the physicians advisory council, say that even if Ontario adopts the Alberta model, physicians still have an obligation to provide effective referrals, especially for critically ill patients who do not have the wherewithal or support to contact a co-ordination service on their own.

Quebec seeks court clarification on assisted dying law to broaden its access
March 24, 2017
What I learned reporting from the front lines of our struggle with death
April 15, 2016 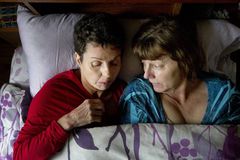 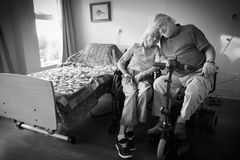 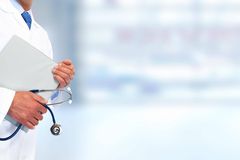 Globe’s Sandra Martin hopes book win will shine light on assisted dying
January 26, 2017
How do you put a price on medical aid in dying?
February 2, 2017
Follow Kelly Grant on Twitter @kellygrant1
Report an error Editorial code of conduct
Due to technical reasons, we have temporarily removed commenting from our articles. We hope to have this fixed soon. Thank you for your patience. If you are looking to give feedback on our new site, please send it along to feedback@globeandmail.com. If you want to write a letter to the editor, please forward to letters@globeandmail.com.
Comments