A granola bar here, a cheese sandwich there – the lunches given to prisoners in Ontario courthouses don't provide nearly enough nutrition to allow them to properly defend themselves, some lawyers say.

People in custody in the province's jails and detention centres get a good amount of food for breakfast, lunch and dinner, but that changes on days they are brought to court, criminal defence lawyer Scott Reid said.

"In my experience the food they receive when they're at court is woefully inadequate," he said.

Mr. Reid is one of several lawyers who have turned to formal court applications to get their clients more food.

In Brampton, his clients tend to get a hamburger – a small patty on a bun with no condiments, he said. In Toronto, his clients often get a cheese sandwich. In Kitchener, it's a bologna sandwich, Reid said.

"I have seen clients falling asleep in court because they don't have enough energy to sit and make it through the day," he said.

Mr. Reid's client Laffette Charlton wrote in an affidavit in a motion Mr. Reid brought in January that the food he was getting at the courthouse in Brampton left him hungry.

"I am greatly concerned that if I am not given more to eat during this trial I will be unable to defend myself," he wrote.

Mr. Reid filed evidence from a dietician, who wrote in court materials that the food Mr. Charlton ate while in court was short 3-5 servings of fruits and vegetables, one serving of dairy and two servings of grain products.

A spokesman for the Peel Regional Police confirmed that accused in custody get one hamburger and one coffee for lunch while they are in court, but said the menu is under review.

Toronto police spokesman Mark Pugash said accused in the city's court cells are given a 250-millilitre orange-flavoured drink and a sandwich with a variety of fresh fillings, such as tuna, roast beef or cheese. The sandwiches have about 300 calories, he said.

"This is by no means their primary meal of the day," Mr. Pugash said. "Our police services board regularly looks at this and there have been questions from time to time about do they meet certain requirements and I think the answer is they certainly appear to."

Lawyer Dirk Derstine said meals at the courthouse are generally more geared toward people who are there for brief appearances, not those in the midst of multi-week trials.

"A bagel with a processed cheese slice might be something that any one of us might eat on a given day," he said. "If you gave it to us for 80 days straight we might start thinking it's pretty unreasonable."

Prisoners being transported to court are given breakfast in custody earlier than normal and they may not return until late in the evening, well after dinner is served in jail, and they tend to be given half the normal amount, Reid said. That means they subsist for more than 12 hours on whatever they are given at the courthouse, he said.

"We would never say as a society it's OK to starve people as punishment for the crimes they've committed," he said.

"I don't see why anyone should think that it's reasonable to starve people in the process of determining whether they're guilty or not."

Reid brought his most recent motion for more food in a case that was set to start April 14 and was scheduled to last three weeks. As with his other applications, he didn't even need to argue it to be successful.

The cells supervisor at Toronto's main Superior Court agreed to give Reid's client sandwiches at morning and afternoon break, as well as a sandwich for lunch, a full plate of vegetables and cheddar slices, he said.

"Usually what happens is they'll throw a little bit of extra food at you and hope that shuts you up," Reid said.

"They tend to be very averse to having a judge hear the application on the merits and issue a ruling."

Lawyer Daniel Brown was in the same boat in 2008 when he brought forward an application in Oshawa. His client was getting only a granola bar and a juice box for lunch during his preliminary inquiry, he said.

"It was one of these things that the Durham police seemed to want to settle on a case-by-case basis, meaning once you bring an application they settle it in that particular case," Brown said.

"They give you everything you want...but they don't want any type of sweeping judicial pronouncements requiring them to give more."

The judge in that case said that a 140-calorie granola bar and an 80-calorie juice box was inadequate to keep an adult male alert through a full court day, according to a transcript.

If a lawyer requests more food for their client and the judge agrees, prisoners are given a sandwich, drink and snack from the courthouse cafeteria, according to Durham Regional police.

Both ministries directed inquiries to local police forces, which are responsible for inmates while they are in court.

Manitoba and Alberta both have provincial policies that the correctional facilities provide bagged lunches for inmates attending court.

In Prince Edward Island sheriff services orders out meals from local cafes, a spokesman said. The same is often done in Nova Scotia, a spokesman in that province said.

Some courts in Ontario allow families to buy their loved ones meals and send it to them through the lawyer, said Derstine. But that means people in custody at the behest of the Crown can eat better if they have family members with the means to buy them lunches.

"So Mr. Unfortunate there starves while what's-his-name next door gets a chateaubriand steak?" Derstine said.

"So the rich people eat better in custody than the poor people?...I don't think you can starve prisoners and just remedy it by private food."

Reid plans on making applications for more food for every client on trial and advises other lawyers to do the same.

"If for no other reason than it invariably gets their client more food," he said.

"At some point, some cells supervisor is going to say no then it's going to get litigated, because nothing is going to change across the board, institutionally, until judges sit up and are made to take notice."

Ruling on inmate’s transfer a victory for prisoners’ rights
March 27, 2014 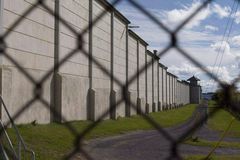 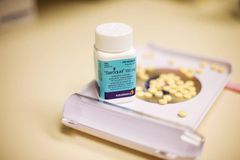 Only the elite allowed to shop at government’s official gift store
April 20, 2014 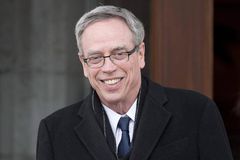