The Liberals kicked off the last week before the provincial election campaign by appealing to seniors with a promise to bring back doctor house calls.

Health Minister Deb Matthews announce plans on Sunday to spend $60-million annually for a program that would allow health care providers visit seniors and others who may otherwise find it difficult to leave their home.

"We know that seniors want to stay in their own homes as long as they possibly can," said Ms. Matthews, who made the announcement from the Toronto home of an 83-year-old Toronto woman, Barbara Burns.

Right now, there is nothing stopping doctors from making house calls, but there isn't much incentive for them to do so, because while they get paid twice what they would for an office visit, house calls take much longer. That means a doctor will see one patient in the time he or she could have seen several.

The government also points out that those calls involve one healthcare provider and not an integrated team that will help patients co-ordinate all the aspects of their care.

Mark Nowaczynski, who runs a house call program in Toronto, said there would be huge savings under such a plan, noting that over three years, his program has saved the government almost $200,000 by giving Ms. Burns care at home instead of at a hospital or in long-term care.

It's not yet clear how the program would work or how many new providers would be required, but the government said that if the Liberals are re-elected, they will work with health providers to develop the program in its various areas. Nowaczynski's own program costs less than half a million dollars to run.

Kerry Burns, who cares for his mother at home, said he has spend thousands of dollars looking after both her and his late father, who was an amputee. His parents were married for 56 years but forced to live apart for a year after his dad went into a home, which devastated them, he said.

"When we brought them home and they fell asleep hand-in-hand watching TV, that's all they wanted," said Mr. Burns, who joined Ms. Matthews to express support for the plan.

New Democrat health critic France Gelinas said the plan was the kind of announcement that "tugs at the heart strings," but it wasn't one that would fix the province's broken home care system.

"They are rolling out false promises because this will actually do very little to help our frail seniors," Ms. Gelinas said.

"You would need a pile of cash to get an OHIP fee-for-service physician to do home visits."

New Democrats also point out that the Auditor-General found that 10,000 people were waiting for home care last December, and that only $45 million of the $1.1 billion announced for the "Aging at Home" program was directed to those who provide home care services while 5,000 seniors were left in hospitals across the province.

The NDP has promised to eliminate the wait list for long-term care or home care if elected, as well as to provide additional supports for seniors such as sidewalk shovelling picking up groceries, and preparing meals.

Karlene Nation, Progressive Conservative candidate for York West, noted the Tories would boost spending in healthcare by $6 billion, and said she doubted the Liberal's latest promise would ever see the light of day.

"It's another day, another announcement by he McGuinty government," she said.

"They're making promises after promises on the eve of the election and they will not deliver on any of these promises."

The Tories have also said they would create more nursing home spaces in their platform, as well as provide more money for home care and doctors in communities that need them.

They are also promising 5,000 new long-term care beds over four years in addition to 35,000 "renovated'' beds - those that are being brought up to newer standards - over the next 10 years.

The Liberals have yet to release their campaign platform, but they have so far promised to extend a program that guarantees jobs for people who take time off work to care for a terminally ill loved one.

Editor's Note: This article is an updated version of an article published earlier. It clarifies that home visits apply to all people who have mobility issues. 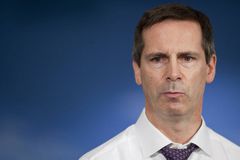 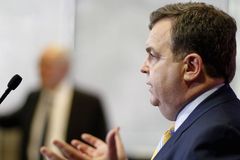 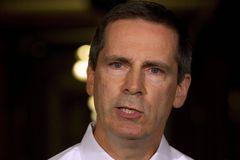 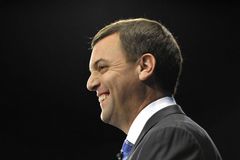 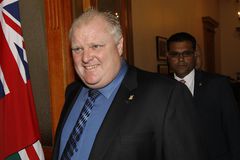