The Ontario government offered to compensate a company for the entire value of a cancelled contract to build a gas-fired power plant, an expensive commitment it had no obligation to make and which appears to have hamstrung later negotiations.

High-ranking advisers to former premier Dalton McGuinty met with officials from the company scheduled to build the Oakville plant before it was cancelled and told the Calgary-based firm Ontario "want[s] to work with TransCanada and preserve value of contract," according to internal government documents reviewed by The Globe and Mail. The documents include memos, e-mails and hand-written notes by one of Mr. McGuinty's aides.

The government scrapped the unpopular project, along with one in Mississauga, when it ran into local protests before the 2011 provincial election. The cancellations, which cost an estimated $585-million, were widely seen as a bid to save Liberal-held seats. The fallout helped push Mr. McGuinty to resign, and continues to dog the Grits, who are accused of interfering in energy policy and needlessly spending large amounts of public cash for partisan gain.

The documents add fuel to that fire. They reveal the extent to which political staff meddled in sensitive cancellation talks and imply that the government did not understand the ramifications of the pledges it was making. As a result, the province seems to have put itself in a poor bargaining position by promising right off the bat to compensate for the entire contract. Had it not done so, taxpayers might have saved millions.

In October, 2010, Jamison Steeve and Sean Mullin, Mr. McGuinty's principal secretary and energy policy adviser, respectively, met twice with officials from TransCanada to tell them the project would be killed. Both men have denied they were negotiating terms of the cancellation.

"Jamison was very careful to open up any meeting by saying, 'This is occurring without prejudice. We are not here to, nor are we authorized to, enter into any negotiations,' and in those two October meetings, it was simply about delivering a message," Mr. Mullin testified before a legislative committee.

But Mr. Steeve's notes from one of the meetings indicate he and Mr. Mullin told the company that Ontario wanted to "preserve value of contract." The energy company asked for a letter to reassure its shareholders. Mr. Steeve turned down The Globe's request for an interview; Mr. Mullin did not respond.

Over the following days, TransCanada tried to hammer out the language of the letter with the Ontario Power Authority, the arms-length agency in charge of power planning. Mr. Mullin and another political staffer, Craig MacLennan in the energy minister's office, were copied on some of the e-mail exchanges about the document.

An early draft of the letter by an OPA lawyer contains only a reference to unspecified "compensation" for TransCanada, and does not promise the entire value of the contract. The company pushed for more. A later memo says TransCanada told the OPA "there is already a deal done" and to "go check with the Premier's Office." An OPA executive obliged. When he came back, the memo says, some "unusual language" was inserted into the letter. The final draft stated that TransCanada was "entitled" to "the anticipated financial value of the [Oakville] contract."

On Oct. 7, the day the letter was finalized, the government publicly announced that the plant was dead. Detailed negotiations began in earnest. At first, the OPA tried to drive a hard bargain: in one e-mail, a government lawyer says TransCanada's counsel described an OPA executive as taking a "confrontational" stand. The agency offered TransCanada a deal to build a power plant in Cambridge, Ont., as compensation. But the company rejected it, saying it would not generate enough revenue. Throughout the talks, the documents say, TransCanada repeatedly referred to its discussions with the Premier's Office.

In the late summer of 2012, the two sides came to an agreement: TransCanada received a new contract to build a power plant near Napanee, in Eastern Ontario. The new plant will be similar in scale to the Oakville project and the contract is for 20 years, the same length as the previous deal. TransCanada will receive lower government payments for its electricity than in the previous deal, but its take will still be significantly higher than average.

The talks had dragged on for nearly two years. At times, civil servants appeared puzzled as to what, exactly, political staffers had told TransCanada at the outset, and why.

One memo indicates legal staff asked Mr. MacLennan, the energy minister's staffer, about this point-blank. Why, they wanted to know, did the province agree to that letter promising TransCanada the value of the Oakville contract, when the contract itself did not oblige the government to pay damages at all?

Mr. MacLennan suggested the government simply did not understand the implications of what it was doing.

"We are not lawyers," the memo paraphrases him as saying, "we did not realize that we are making a significant jump from the contract."

Oct. 1 and 5, 2010 – Jamison Steeve and Sean Mullin, premier Dalton McGuinty's principal secretary and energy policy adviser, respectively, tell TransCanada that its gas-fired power plant in Oakville will be cancelled. According to Mr. Steeve's notes from one of these meetings, they tell the company the province wants to preserve the value of contract.

Oct. 7, 2010 – After a back-and-forth between provincial officials and TransCanada, the Ontario Power Authority issues a letter recognizing that the company is owed damages, including the "anticipated financial value of the contract" – a significant pledge that later documents indicate the province had no obligation to make. The cancellation is made public the same day.

May, 2011 – Talks between TransCanada and the OPA over compensation reach a standstill. One government lawyer says the company describes the negotiations as "an unmitigated disaster." TransCanada continually refers to its meetings with Mr. McGuinty's staff, saying the Premier's Office promised the company would be paid damages.

2012 – The province and TransCanada reach an agreement. The company will build a gas plant near Napanee, Ont., and receive $40-million for money it had spent on the Oakville project.

McGuinty: I killed the gas plants and didn't know how much it would cost
May 11, 2018 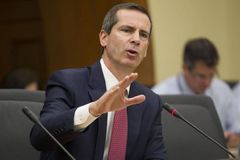 Dalton McGuinty and the cancelled gas plants
May 11, 2018 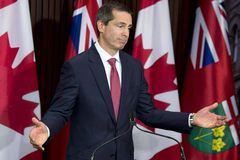 McGuinty's testimony shows him at his best and worst
May 11, 2018 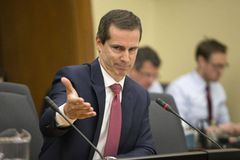 Ontario Tories ready for an election that may never come
May 11, 2018 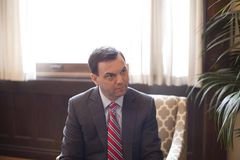 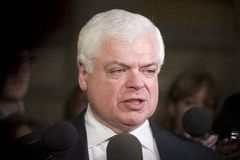 Ontario Premier Wynne to testify before gas-plants cancellation committee
May 11, 2018 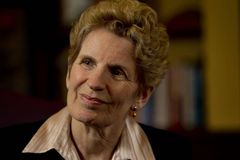 Ford calls on NDP to topple Wynne government
May 11, 2018

New Ontario rules to give residents a say on where power plants are built
May 11, 2018 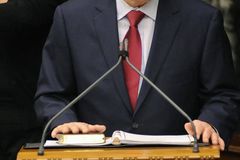 McGuinty to testify Tuesday over controversial gas-plant cancellation
May 11, 2018 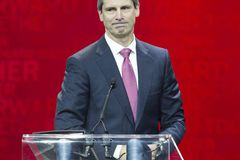