But in a statement just after midnight, Ms. Elliott said that she would not concede after her campaign was "made aware of serious irregularities with respect to this leadership race."

Marcus Gee: Doug will be Doug, and that's not good

According to her campaign, Ms. Elliott won the popular vote and the majority of ridings in the race, however they claim that she lost after thousands of the party's members were assigned to the wrong ridings after they voted online.

After his win was announced, Mr. Ford reached out to those upset by the party's bungling of the event and said it was clear the Tories had a lot of work ahead of them to prepare for the general election in June.

A few hours earlier, amid boos and jeers, Hartley Lefton, the chair of the leadership committee, had told those gathered at a Markham, Ont. convention centre that they had to leave without finding out who the new leader of the party would be.

Later, Mr. Lefton blamed the delay on the party's new online voting system and a challenge to the results made by Ms. Elliott's campaign. At issue were a number of ballots that were not properly allocated to the ridings where members lived and could have swung the campaign.

Mr. Ford ran a populist campaign in which he vowed to fight the province's "elites" and cut billions in government spending and his arrival at the helm of Ontario's Official Opposition promises a significant shift in the party toward a more socially conservative stance.

During the campaign he said he would reopen the province's sex education curriculum and allow legislators at Queen's Park to debate limiting access to abortions for minors.

"I am so grateful for the support and the confidence of the PC members. We're going to spend the coming weeks getting our party in fighting shape," Mr. Ford told a room of journalists and supporters.

"To the people of Ontario I say that relief is on its way, and to Kathleen Wynne I say your days as premier are numbered."

Mr. Ford's arrival at the head of the party marks an about-face for Ontario's Tories, who in late 2017 adopted a centrist platform under then leader Patrick Brown. Dubbed the People's Guarantee, the platform called for a carbon tax and was largely quiet on social issues. Mr. Ford rejected the platform and said he would never allow a carbon tax.

After a tumultuous 44-day campaign, the shortest in Ontario's modern history, party members went into Saturday's convention hoping their new leader could unite the party and prepare it to defeat Ms. Wynne and a Liberal government in power for nearly 15 years.

In a statement on Saturday, the co-chair of the Liberal campaign said Mr. Ford's leadership would hurt Ontarians. "The Conservative Party is going into this election with more radically conservative policies than Mike Harris, Tim Hudak or Stephen Harper ever ran on. The billions in cuts they are promising, and the divisive social conservative policies they are championing will hurt Ontario's economy and change our province for the worse," said MPP Deb Matthews.

After Mr. Ford's victory, Ms. Mulroney took to Twitter to congratulate him. "Today, we leave this convention united with one common goal, finally firing Kathleen Wynne," she said.

Because of the short turnaround in the race the party opted to use an online voting system that it had not tried before. The system required each digital ballot to be printed out and scanned by a party volunteer.

The leader was not elected by the total vote, but by points allocated to each riding. To help make sure that a candidate could win votes across Ontario, the party allocated 100 points to each of the province's 124 ridings. A number of the province's ridings didn't have 100 voters, so each ballot was given the weight of a single point.

The voting process was marred by problems during the campaign. Thousands of members complained that they were unable to vote because of the complex system or because they did not receive the proper codes to vote.

A last-minute attempt to delay the contest failed on Friday evening when a judge rejected a request to extend the voting period by a week.

Speaking hours before Mr. Ford won, interim leader Vic Fedeli called on his party to unite. Despite polls showing the Tories to be far ahead of the Liberals, he warned that the new leader will need to work hard to bring the party's factions together. "Do not believe the polls, our opponents will not be giving up," he said.

Jason Kenney, the Leader of Alberta's United Conservative Party, spoke about the importance of Ontario's Tory party to the country as a whole.

"The country is counting on you. You cannot get this wrong. Sixteen years of government that has done damage to your economy, we cannot carry on. This has been the heart of Canada's economy since the beginning of confederation. You lost recent elections, you learned from those mistakes."

The PC Party was thrust into a leadership contest on Jan. 25 when Mr. Brown resigned a few hours after a hastily called press conference where he denied allegations of sexual misconduct from two women. The allegations, first aired by CTV News, dated from Mr. Brown's time as a federal member of Parliament, At the time, he said he was stepping aside to focus on clearing his name.

Mr. Ford served on Toronto city council from 2010 to 2014 with his brother, the late mayor Rob Ford. Polling showed he was the most divisive candidate in the race, far more popular among party members than the general public.

He ran to be Toronto's mayor in 2014, taking over his brother's re-election campaign when Rob became sick, and lost. He prepared to mount a second campaign to be mayor, but dropped the attempt when Mr. Brown resigned as Tory leader.

The 53-year-old was the first candidate to enter the contest and built his campaign around many of the same themes his brother followed as mayor, promising to root out government waste and corruption. He pledged to balance the budget and cut billions in spending without firing any public servants.

During his time on the campaign trail, Mr. Ford often spoke about his experience in his family's label-making business, and said as premier he would focus on business and issues that matter to social conservatives. In the last days of the campaign he said he would allow MPPs to debate legislation to restrict access to abortion for minors.

"I will allow MPPs to draft, bring forward, and debate any legislation that is important to them," he told reporters. "I will never put members of my party in a position where they will have to compromise or deny their personal beliefs." 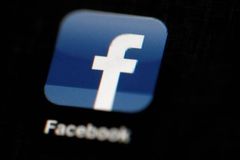