Ontario plans to treat patients addicted to opioids with a safer but more expensive pharmaceutical therapy and to open pain clinics to improve access to medical care.

Health Minister Eric Hoskins will unveil the measures at a news conference on Wednesday as part of the government's wide-ranging response to Canada's opioid crisis. They will be overseen by Ontario's Chief Medical Officer of Health, David Williams.

The province's Ministry of Health plans to add Suboxone to its drug formulary as a regular benefit, making it a first-line treatment for opioid addiction, according to sources in the medical community.

Related: The need for compassion

The Globe and Mail has reported that spending on drugs to treat patients who are addicted to painkillers soared 60 per cent over a four-year period in Canada. Public drug programs spent $93-million on medications used for addiction to prescription and illicit opioids in 2014, compared with $57.3-million in 2011, according to figures compiled by the Canadian Institute for Health Information for every province except Quebec.

Methadone is the traditional treatment in Canada for patients hooked on opioids such as fentanyl and hydromorphone. But the provinces are under pressure to improve access to Suboxone, an alternative treatment that medical experts say is much safer than methadone and could dramatically reduce overdose deaths.

British Columbia – long seen as a leader in harm-reduction strategies – added Suboxone to its drug formulary as a regular benefit a year ago. Provincial public drug plans pay only for medications listed on their formularies.

Ontario's response to the opioid crisis follows a surge in overdose deaths across the country, largely from illicit fentanyl. British Columbia declared a public health emergency in April, but Ontario has no plans to do the same, according to the sources.

While federal Health Minister Jane Philpott has described Canada's opioid problem as "nothing short of a public-health crisis," she has yet to announce her own comprehensive strategy. There are glaring gaps in tracking the toll from an epidemic of opioid addiction: Canada has no national database on overdose deaths or on the number of patients treated for overdoses in hospital emergency departments. Dr. Philpott and Dr. Hoskins plan to co-host a two-day opioid summit in Ottawa next month.

The cost of treating addiction will continue to rise in lockstep with mounting overdose deaths and the growing use of Suboxone. While Suboxone is more expensive than methadone, medical experts say it is safer and easier for primary care doctors to prescribe. By comparison, only a few doctors have been able to prescribe methadone because they need authorization from Health Canada to administer it and must be associated with specialized clinics. That has proved a barrier to many patients, especially those in rural communities.

The medical sources said the pain clinics Ontario plans to roll out will help fill a void for patients, many of whom find it difficult to get access to comprehensive care. The sources said the clinics will offer a range of treatments, and not simply offer prescription medications that could lead to addiction.

Dr. Hoskins' announcement comes as Canada confronts an even graver danger: the presence in the illegal drug trade of a powerful synthetic opioid used to tranquillize large animals such as elephants. Alberta health officials said last week that carfentanil, which has been linked to overdose deaths in the United States, was confirmed in the bodies of two men in their 30s, one in Edmonton and another in Calgary.

Police in Winnipeg seized drugs in September containing carfentanil, which is about 10,000 times more potent than morphine and has no known safe application for human use. In May and June, the Canada Border Services Agency intercepted two shipments of carfentanil, including a package containing just over a kilogram of the white powder, from the Vancouver international mail centre. The package, declared as printer accessories, originated in China and was destined for a residential address in Calgary.

A Globe investigation found that most of Canada's illicit fentanyl supply is manufactured in China, bought online, smuggled into the country and then cut into a range of street drugs. Because of its high potency, traffickers need only a small quantity to pocket lucrative profits.

Canadian border guards cannot open packages weighing less than 30 grams without the consent of the recipient. Health Canada is in the process of making it illegal to import ingredients used to manufacture bootleg fentanyl. 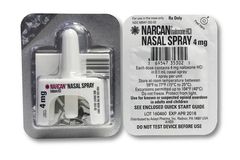