Ontario Power Generation has inked an initial contract in what promises to be a decade-long, multi-billion-dollar refurbishment of its Darlington nuclear plant – the province's largest-ever nuclear rejuvenation undertaken in one go.

At the same time, the provincial NDP argues the deal's a rush job on ambitious project that doesn't have enough data to back it up, and is still awaiting final go-ahead from Canada's environmental watchdog.

For $600-million, SNC-Lavalin Group and will spend the next three years on "planning and preparation" for a single crucial aspect of refurbishing Darlington's four reactors – the massive, drum-like calandria housing fuel bundles of uranium, and the feeding tubes that carry heavy water to and from each reactor's core.

That planning phase includes the construction of a life-size replica reactor for engineers to practise on. And practise, and practise, until they're able to fit finicky nuclear parts in their sleep – or in an eight-year schedule so exacting it'll be measured out in 30-minute intervals.

When you're working to refurbish a nuclear reactor piece by piece, there's no room for error, but there's no room for trial-and-error, either: Workers can only spend a strictly limited amount of time exposed to highly radioactive sites; they can't spend hours futzing around until they find something that works.

"If you're working on something like a turbine, you can be there all day. … You can't do that in a reactor, ''cause you're limited in how long you can be there. You're only allowed a certain dose of radiation a year," said OPG spokesman Ted Gruetzner.

"It's a lesson we've learned from other projects that have run into trouble."

The mock reactor is the first of its kind on this scale. It'll be built on a field near the Darlington plant, Durham Region, just east of Toronto.

The exceptional step, and the long time period set aside for planning alone, is no mistake: Energy Minister Chris Bentley says Ontario's learning from others' experience: Costly overruns at a nuclear refurbishment project at Point Lepreau in New Brunswick, for example, sent the project years behind schedule and millions over budget.

"That is a completely, fundamentally different approach," he said. "It's fine-tuned planning, basically."

Actual construction work on refurbishing the nuclear plant is supposed to begin in 2016, with workers taking each of the four reactors offline one by one. It's expected to wrap up in 2024.

While Ontario Power Generation won't give a firm price tag on the total cost of the project because several aspects have yet to be tendered, Mr. Gruetzner said it could range from $6-billion to $10-billion.

For that price tag, the province hopes to rejuvenate four reactors, all in their early 20s, to give them another 25 years of useful life.

At the same time, OPG is waiting for approval from federal and provincial governments to move forward on new reactors at the same site. Last year, it went through an environmental assessment on an application for up to four new reactors.

"I'm not in a position to speak to any further details about that," Mr. Bentley said. "We're still working on it."

"They have not brought forward a business plan on this, that I'm aware of. They don't have a power supply plan," he said. "We have no review showing whether we even need this, frankly."

In last fall's election the Liberals faced pressure, especially from the provincial NDP, to shift away from radioactive sources of electricity. But Mr. Bentley said the province has no plans to put the brakes on nuclear power.

The provincial Liberals have gone to great pains to focus on renewable energy - losing support from wind-power's rural opponents in the process. But those in charge of regulating the power-hungry province's electricity needs say green energy by its nature is extremely unpredictable; it doesn't look as though the province will be able lessen its reliance on nuclear any time soon. 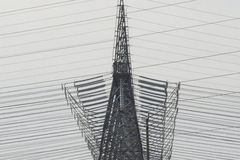 updated
Ontario urged to learn from Japanese crisis before building power plants
April 29, 2018
Fuelling the winds of change for hydrogen-powered cars
April 30, 2018
Opinion
Energy is a second harvest
May 3, 2018