Ontario's gambling regulator is probing allegations of money laundering at the British Columbia flagship operation of the company awarded a lucrative contract to run casinos in the Greater Toronto Area.

The Alcohol and Gaming Commission of Ontario (AGCO) says it has contacted law enforcement agencies in British Columbia, including the RCMP, and B.C.'s gambling regulator.

Officials at the AGCO, including officers with its Ontario Provincial Police bureau, launched the regulatory review as a result of information in reports done for the B.C. government about the operations of Great Canadian Gaming Corp.'s River Rock Casino in Richmond, B.C., spokesman Ray Kahnert said in an e-mail to The Globe and Mail. "That review is ongoing."

The AGCO regulates the province's alcohol, horse racing and gambling sectors. Mr. Kahnert said the regulator routinely undertakes reviews "to determine whether reports about [a company's] activities have any factual support."

Terrance Doyle, chief operating officer at Great Canadian, said in an e-mail to The Globe on Tuesday that the company "has a culture of integrity and transparency founded on our strict compliance with the regulations in all jurisdictions where we do business, including Ontario."

The company engages regularly with Ontario's gambling regulator as well as the Ontario Lottery and Gaming Corp. (OLG), which operates the province's gambling operations, as part of its operations in the province, Mr. Doyle said.

"To be clear, to our knowledge our company is not under investigation in any jurisdiction," he said. "With respect to reports in BC, our employees followed all procedures required of them by BCLC [BC Lottery Corporation] and we do not believe our company's actions would give cause to initiate any investigation."

The allegations that large volumes of suspicious cash are swirling around casinos in B.C.'s Lower Mainland have cast a cloud over the modernization of Ontario's gambling agency, which is in the process of awarding contracts to the private sector to build more casinos. The contracts, which the OLG calls "gaming bundles," cover specific regions of the province. Great Canadian, which is based in Coquitlam, B.C., has ambitions to further expand its operations in Ontario.

The OLG said last year that it plans to announce the winning bidder for the West GTA bundle in the fall of 2017. It includes a casino in Brantford, slots at Flamboro Downs and Grand River Raceway, and Mohawk Racetrack.

Great Canadian has disclosed that it is on the short-list of bidders. Industry sources said the company is the leading contender for the West GTA contract.

"We submitted a bid in July 2017 and are awaiting the outcome of the OLG's process," Mr. Doyle said.

Tony Bitonti, a spokesman for the OLG, declined to comment beyond saying, "I can confirm we are in the final stages of selecting the service provider for the West GTA gaming bundle."

The sources said the OLG could make an announcement on the West GTA bundle as early as this week. But since B.C. Attorney-General David Eby launched a separate probe into suspicious cash transactions in casinos in the Lower Mainland, the sources said they are perplexed as to how the OLG can move ahead until the B.C. probe is completed.

As well, one of the sources said, the regulatory review in Ontario is by no means a routine, minor undertaking.

The B.C. investigation has prompted opposition members in Ontario to call on the government to put the modernization on hold.

Concerns about money laundering in British Columbia were sparked by a report from the province's Gaming Policy and Enforcement Branch that $13.5-million in $20 bills was accepted at Great Canadian's River Rock Casino in July, 2015. The department discovered that money from unknown persons that could not be traced was dropped off for patrons at the casino or just outside casino property at odd times, generally late at night.

An independent expert retained by B.C.'s Attorney-General confirmed last week that casinos in the Lower Mainland are conduits for large, suspicious cash transactions. But the scale of the problem and where the money is coming from are still under investigation.

The report that triggered the probes in the two provinces was completed in July, 2016, and delivered to the former Liberal government in British Columbia that same month. But the report was not publicly released until September of 2017 – more than six weeks after Ontario's lottery agency announced that Great Canadian and Brookfield Business Partners LP were chosen to operate three casinos in the GTA. Mr. Doyle told The Globe the company had no knowledge of the conclusions of the report until it was publicly disclosed.

The deal in the GTA would allow the partners to redevelop three sites, including Woodbine Racetrack, and give them an effective monopoly on gambling in the region for at least the next 22 years. All are subject to municipal approval.

Progressive Conservative finance critic Victor Fedeli demanded in October that the Ontario government put its deal with Great Canadian on hold while the investigation into alleged money laundering continues in British Columbia. On Monday, New Democrat finance critic John Vanthof said the government must stop the modernization of the OLG immediately.

Great Canadian is also evaluating whether to bid on the Niagara gaming bundle. As well as British Columbia and Ontario, the company operates gambling, entertainment and hospitality facilities in New Brunswick, Nova Scotia and Washington State. It owns five properties in Ontario, including casinos in Gananoque and Belleville, and slots at Kawartha Downs. The River Rock Casino in B.C. is its largest operation, accounting for 31 per cent of consolidated revenues in 2016. 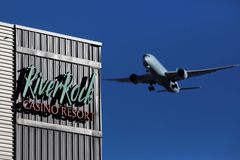 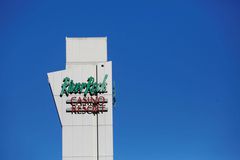