Ontario regularly loses track of how long prisoners spend in solitary confinement due to a poorly organized and poorly executed monitoring system, a situation the corrections minister has called "deeply concerning and completely unacceptable."

The revelation is in a 69-page report from Ontario's Ombudsman that lays bare the "flawed state of the [Community Safety and Correctional Services] Ministry's practices and policies regarding segregation of inmates."

Investigators found internal records showing that one inmate, Adam Capay, was recorded as having spent 50 days in solitary confinement when he had in fact accrued 1,591 days in the restrictive form of incarceration.

Related: How a tweet led to unlocking Adam Capay's stint in solitary

"But, as my report points out, Adam's case, while extreme, is not unique," Ontario Ombudsman Paul Dubé said.

Mr. Dubé's staff interviewed dozens of prisoners and ministry officials and visited four prisons. There they found several segregated prisoners who had been severely neglected owing to a confusing data-entry system, a lack of housing options for mentally-ill inmates, superficial oversight by senior government officials and inaccurate data.

One ministry official quoted in the report told investigators: "We probably tracked livestock better than we do human beings."

The Globe and Mail covered Mr. Capay's plight extensively and found that the internal records used to justify his segregation were riddled with errors and omissions.

The Ombudsman eventually came to the same conclusion.

When Ms. Mandhane asked for details on Mr. Capay's segregation from the Ministry of Community Safety and Correctional Services, she was given nothing because "the Ministry didn't know about it," according to Mr. Dubé's report, titled Out of Oversight, Out of Mind.

That revelation prompted Mr. Dubé to dispatch investigators across the province to study how the ministry monitors prisoners in solitary confinement, a restrictive form of detention the United Nations has labelled cruel and inhumane in durations exceeding 15 days.

In one prison, they came across an inmate identified in the report only as Keith. He had been segregated for more than a year in a variety of locations. Extensive paperwork gave five separate dates for the start of his solitary stint, meaning that nobody knew exactly how long he had been alone in his cell.

Investigators also met an inmate named Harry who was "naked and in a dishevelled state in a dirty cell," the report states. He had been in segregation for 30 days and, yet, his records showed incorrect information, did not mention his severe mental illness and indicated that mandatory reviews of his condition had not taken place.

The ministry does not use the term "solitary confinement," widely defined as any form of incarceration in which inmates are in a cell for 22 or more hours a day without meaningful human contact. Instead, prisoners housed in this form of detention are said to be in "segregation." But Mr. Dubé found the ministry does not clearly define "segregation," describing it only as an area in a prison. The lack of a crystal-clear definition accounts for much of the widespread confusion throughout the ministry when it comes to housing and tracking isolated inmates, the report said.

Some correctional staff have devised a "two-hour threshold" to cut through the confusion. Any prisoners who spend more than two hours a day out of their cells are not counted as segregated. But the threshold is not written down anywhere, the Ombudsman found.

"There is huge confusion on [what is] segregation and what's not," a ministry official admitted to investigators.

The lapses are not isolated to prison staff. Mr. Dubé found that senior ministry officials routinely failed to review reports on segregated inmates generated by correctional facilities. A rule that came into effect in September, 2015, requires detailed reports to be sent to senior ministry staff any time a prisoner spends more than 60 days in solitary during a single year. Mr. Dubé found no such reports had ever been done.

The report's 32 recommendations call on the government to enshrine a new definition of segregation, create a tracking system that alerts front-line managers when solitary prisoners are due for a review, establish an independent review panel for all segregation placements and disseminate up-to-date segregation data to the public.

"The issues raised by the Ombudsman are deeply concerning and completely unacceptable," said Marie-France Lalonde, Minister of Community Safety and Correctional Services. "We must do better. I am committed to addressing each of the Ombudsman's recommendations, and reporting back on our progress at six-month intervals until his recommendations are fully implemented."

In a response appended to the report, the ministry said many of the recommendations are already being implemented.

Early next month, the ministry will undergo yet another close examination when Howard Sapers, the former federal correctional investigator, releases an interval review of the province's segregation practices. So far, the minister has shown an appetite for reform.

"The Ombudsman's report – along with Mr. Sapers' interim report – will inform our efforts to make meaningful and lasting improvements to our segregation polices specifically and to our correctional system as a whole," Ms. Lalonde said. 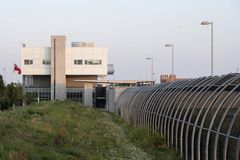