An Ontario poultry producer that supplied meat to some of Canada's largest grocers has been charged with mislabelling conventional chicken as "certified organic."

Representatives for Cericola Farms Inc., appeared in a Barrie courtroom on Monday to address for the first time eight charges alleging fraud, misrepresentation and false labelling after an investigation by the Canadian Food Inspection Agency (CFIA).

The Bradford, Ont.-based company markets itself as one of the country's pioneers in organic chicken production, boasting of its history as one of the first to raise chickens free of antibiotics and animal byproducts for retailers such as Loblaws, Sobeys and Costco. Their website emphasizes the company's role in the "better food" movement, and its products, sold through brands such as Blue Goose Pure Foods, typically sell for a substantial premium.

Related: Why a new national strategy on food can't satisfy all

Related: How the food industry is using Canadians' changing eating habits to market to different generations

In the case of Cericola Farms, the company and two of its senior officials, Anthony Cericola and Amedeo Cericola, are each facing eight charges: criminal charges of fraud, as well as a variety of other offences under the Food and Drugs Act and the Consumer Packaging and Labelling Act. They are also charged with violating the Organic Products Regulations, which sets strict standards for what types of products can be labelled "organic."

In a statement to The Globe and Mail, Cericola Farms described the charges as "unfounded," and emphasized the quality of its products, saying that its facilities are routinely inspected by regulators such as the CFIA. "Cericola Farms is committed to full compliance with all Canadian food laws and best practices," the statement said. "As such, the charges which have been laid by the CFIA will be vigorously defended."

A spokesperson for the CFIA cited the charges as "part of the ongoing investigation into alleged misrepresentation of organic poultry products." The agency declined to provide further details, citing the ongoing court process.

But last year, Cericola Farms was the subject of allegations by its former director of operations, Vashti Dalipsingh, who said fraudulent labelling had been happening as far back as April, 2015.

Ms. Dalipsingh, who subsequently sued Cericola Farms for wrongful dismissal, said in a statement at the time that she had witnessed conventional chicken destined for Sobeys and Loblaw stores being labelled as "certified organic," and "antibiotic and animal by-product free" in order to fill shipments on time.

Cericola Farms called her allegations at the time "frivolous and vexatious."

Representatives for Blue Goose Pure Foods, Loblaw, Sobeys and Costco did not immediately respond to The Globe's requests for comment, and it is not yet known whether the companies continue to work with Cericola Farms.

In recent years, the public's increased interest in understanding the source of their food has resulted in calls on regulators such as the CFIA to provide additional scrutiny over labelling. In the past year alone, The Globe has reported on widespread mislabelling within the fruit and vegetable, seafood and restaurant industries.

Glenford Jameson, a Toronto-based food lawyer, said the charges against Cericola Farms appear to indicate that the CFIA is taking food fraud seriously.

"A question that remains for the sector is whether there is more to come," he said. "Are the charges laid against Cericola Farms, which are so similar to those laid against Mucci Farms, simply the result of a well-timed whistle blower, or do they mark a new era of high-impact food fraud investigations and prosecutions by the CFIA?" he asked.

"After all, twice is a coincidence, three times is a pattern." 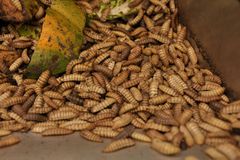 McDonald’s Canada to remove most antibiotics from chicken by end of 2018
October 26, 2015 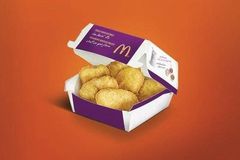