Ontario Premier Kathleen Wynne has vowed that after years of delay and halting negotiations, a series of all-weather roads linking isolated First Nations in Northern Ontario with the province's highway system will be under construction by 2019.

Ms. Wynne's government has long eyed the area in Northern Ontario known as "the Ring of Fire," and its cornucopia of mineral resources, as a once-in-a-century economic development project. However, the Premier's announcement in Thunder Bay on Monday was limited to three fly-in First Nations that have agreed to the construction of two roads as part of a $1-billion infrastructure package to open up the province's north.

Ms. Wynne warned the chiefs of the nine Matawa First Nations in May not to drag their feet on road-building projects that would serve their communities and mining interests. Negotiations between the province and the First Nations had been making little progress since infrastructure money was promised three years ago. An election is due next summer, and Ms. Wynne warned her patience was running out and that she was prepared to strike bilateral deals with individual communities. On Monday, she said the province had agreements with Webequie, Marten Falls and Nibinamik, but was open to adding more.

"These roads are very much needed," Ms. Wynne said, flanked by two First Nations chiefs. "We're talking about a couple of roads that will link communities to the highway system. It's great news, because we know that the Ring of Fire will be a game changer for communities in the region and, quite frankly, for the whole province."

Under the plan announced on Monday, the province will fund First Nations proposals to build an east-west road connecting Webequie and Nibinamik to the provincial highway system, as well as a north-south road connection to the Marten Falls First Nation. The roads would also serve a mine site proposed by Noront Resources Ltd. to exploit nickel, copper and platinum deposits in the area.

The communities are set to start environmental assessments in January and plan to break ground in 2019. The total price of the roads, which would cross a geologically challenging area dotted with lakes, is unknown.

The Quebec government has Northern resource ambitions of its own. The province has promised to invest more than $1.3-billion as part of its economic development strategy "Plan Nord." One of the most tangible symbols in that province was $77-million spent on the 240-kilometre extension of a highway to a diamond mine.

"The Ring of Fire represents an unprecedented economic and jobs opportunity for the North. Unfortunately, since its discovery in 2007, it has not been a priority for the Liberals. They are only in the North now because we're a year out from an election," he said in a statement.

On Monday, Ontario Municipal Affairs Minister Bill Mauro said the Ring of Fire could be a national economic project in the same league as Alberta's oil sands. However, companies have faced significant development hurdles and abandoned plans in the area 540 kilometres northeast of Thunder Bay.

While it is estimated that the region could hold up to $60-billion in mineral deposits, Noront Resources, the largest remaining player, acquired its claims for only $20-million from Cliffs Natural Resources Inc. after that company pulled out in 2013.

For Northern Ontario's residents, the roads could be "a new beginning" in a region with poor housing, undependable infrastructure and few economic opportunities, said the chief of Marten Falls First Nation.

"As the historical occupants of the Ring of Fire, we believe that mining development must be both environmentally and economically sustainable, and we want to develop infrastructure that enables a multi-generational chromite opportunity," Chief Bruce Achneepineskum said in a statement, referring to a mineral often found in the area. 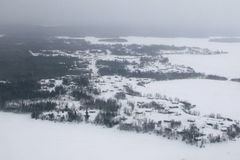 Ontario to open shelter to help assist with influx of asylum seekers
August 17, 2017 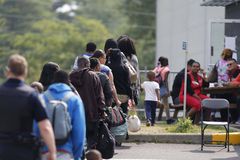 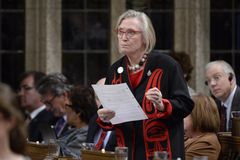