The days of euphemisms and innuendo in Ontario's classrooms are numbered, with the province set to roll out a new sex education curriculum next fall built on clear and explicit language that has raised objections from conservative parent groups.

The changes came to light Tuesday, when members of a religious, "family-focused" coalition threatened to pull their children out of school on May 10 unless Premier Dalton McGuinty abandons the changes.

The Premier stood by the curriculum, saying he has confidence in the judgment of school principals and teachers to present the information in a thoughtful and responsible manner. If sex education is not taught in the classroom, he added, students could get information from potentially uninformed sources, such as their friends.

"If we can provide it in a format and in a venue over which we have some control ... why wouldn't we recognize that we live in an information age and why wouldn't we try to present this information in a thoughtful and responsible and open way," Mr. McGuinty said.

Critics said topics such as homosexuality are best left to parents to discuss with their children.

"I think it's a sort of infringement on parents, because you're talking about a very personal and sensitive area and dealing with kids so young I believe what it will end up infringing on their thought processes and their desires and ability to make correct choices," said Reverend Ekron Malcolm, director of the Institute for Canadian Values, who is involved in the coalition.

Some of the most controversial changes are in the Grade 3 curriculum. In a discussion on human development and showing respect for people's differences, for example, teachers are invited to discuss "invisible differences," including gender identity and sexual orientation, in an effort to reflect the fact that more and more students have same-sex parents.

Christian right leader Charles McVety, who is also part of the coalition, said it is unconscionable to teach children as young as eight years old gender identity and sexual orientation. He accused the Premier of listening to "special interest groups with an agenda," including former education minister Kathleen Wynne, who is openly gay.

The curriculum hadn't been reviewed since 1998, and the changes reflect Ontario's diverse society and have nothing to do with Ms. Wynne, who is now Transportation Minister, said Michelle Despault, a spokeswoman for Education Minister Lorna Dombrowsky.

"As a government, we have a commitment to provide a curriculum that is both equitable and inclusive," she said.

A spokesman for Ms. Wynne said the minister will make no comment on the issue.

In another key change, the topic of puberty will be introduced in Grade 4, a year earlier than in the old curriculum, in recognition of the fact that many children reach puberty at younger ages. The description of physical changes is also more explicit in the new version, including the development of breasts and body hair.

All the changes are developmentally appropriate, and sex education doesn't lead to sex, said Alex McKay, research co-ordinator for the Sex Information and Education Council of Canada.

"If anything, young people who are very well educated about sexuality and sexual health tend to actually delay having sex, because they fully understand everything that's involved, biologically and psychologically," he said.

There has always been a sting to the topic of birds and bees in the classroom. Sex education was first seriously considered in Ontario in the 1940s, fuelled in part by the spread of sexually transmitted infections during the Second World War. It wasn't until 1966 that education officials drafted a Grade 9 course that introduced students to human reproduction.

Almost every change or revision since has drawn some objections.

In 2004, a parents group in Nova Scotia grew incensed after the province offered youth 12 years old and over a brightly coloured, spiral-bound notebook titled Sex? A Healthy Sexuality Resource.

The new Ontario curriculum took two years to develop and involved input from principals and teachers in both the Roman Catholic and public school boards as well as parent groups and public health units in the province. 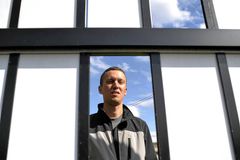 Follow Kate Hammer and Karen Howlett on Twitter @katiehammer @kahowlett
Report an error Editorial code of conduct
Due to technical reasons, we have temporarily removed commenting from our articles. We hope to have this fixed soon. Thank you for your patience. If you are looking to give feedback on our new site, please send it along to feedback@globeandmail.com. If you want to write a letter to the editor, please forward to letters@globeandmail.com.
Comments