Ontario is reopening two mothballed hospitals – including one it shuttered just two years ago – as part of a bid to tackle overcrowding and prepare for what could prove an especially brutal flu season.

Amid warnings from health professionals and opposition parties that shortages are reaching dangerous levels, Health Minister Eric Hoskins on Monday announced the creation of more than 2,000 hospital beds and community spaces. The government is also investing $40-million in new funding for home care, which will help ensure that patients who are ready to be discharged but are unable to live independently can leave the hospital as soon as possible.

"Our hospitals are seeing an increase in the number of patients passing through their doors, and many of their most vulnerable, aging patients are seeing an increased length of stay in hospital," Dr. Hoskins told reporters at Toronto's Mount Sinai Hospital. "And we know that with flu season upon us, there will certainly be more patients in need."

New hospital beds will comprise more than 1,200 of the increased capacity – the equivalent of six medium-sized hospitals, and worth an investment of $100-million. The government will also create more than 700 supportive-housing units and transitional care spaces that will free up hospital beds and, in turn, help relieve pressure on emergency departments.

Humber River Hospital's former Finch Avenue site in northwestern Toronto, which was closed in 2015, will be reopened and given a new name and mandate: the Reactivation Care Centre, with the goal of rehabilitating patients. It will be host to 150 new beds. The University Health Network's former Hillcrest site in Toronto will be reopened with 75 beds. The remainder of the 1,200 new hospital beds will be opened at facilities across the province.

"The majority of these beds will be up and running in two to four weeks, and most if not all in this calendar year," Dr. Hoskins said later on Monday, from Queen's Park. He said he is also looking at next year's budget along with Finance Minister Charles Sousa, with an eye toward securing more funds for additional permanent beds.

Monday's announcement coincided with the first day that the flu shot is available in Ontario. Dr. Hoskins said he is concerned that a flood of flu patients could overwhelm the already stressed hospital system. "We look to Australia because their winter is our summer," he said. "They had the worst flu season on record, so I think it is prudent we are prepared."

The NDP, which has focused on hospital overcrowding for months during Question Period in the provincial legislature, said the Liberals' latest investment falls far short of what is needed. "This government has been underfunding hospitals for a decade now," party Leader Andrea Horwath said. "They've squeezed and squeezed, and now we are in a crisis mode."

The Ontario Hospital Association said in a statement that it welcomes the province's "surge plan." It noted that over the summer, wait times for patients admitted to hospital through emergency departments hit the highest monthly level recorded since the province started keeping track nine years ago. The OHA also pointed out that some of the province's largest hospitals experience occupancy levels exceeding 100 per cent.

According to early 2017 figures obtained by the NDP and reviewed by The Globe and Mail, several hospitals were consistently operating near or above capacity when it came to acute care. The figures also showed that some were resorting to accommodating patients in unconventional places, such as hallways, TV rooms and family lounges. Humber River Hospital, for example, relied on an average of 75 unconventional beds each month between January and May of this year.

The president and CEO of Health Quality Ontario, which advises the province on improving the health-care system, said the reopening of the two Toronto hospitals "clearly speaks to the pressure the system is under."

Dr. Joshua Tepper called the government's investment "positive," but said a more holistic approach is needed. He referred to an HQO report released last week, which found that each day, there are almost 4,000 hospital beds that are filled with patients who do not need acute care but can no longer safely live at home. It also showed that the wait-time for hospital-based patients looking to access long-term care climbed from 60 days to 92 days over the past three years.

"It's a temporizing measure," Dr. Tepper said of the announcement. "We think about this as a hospital problem, but in fact it's a system problem. We won't find the best solutions if we think of this only as a hospital-bed issue." 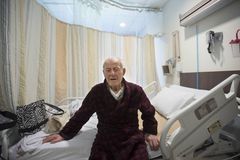 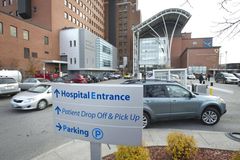 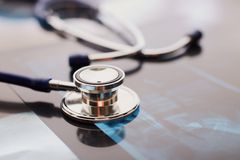 Follow Kathryn Blaze Baum and Justin Giovannetti on Twitter @KBlazeBaum @justincgio
Report an error Editorial code of conduct
Due to technical reasons, we have temporarily removed commenting from our articles. We hope to have this fixed soon. Thank you for your patience. If you are looking to give feedback on our new site, please send it along to feedback@globeandmail.com. If you want to write a letter to the editor, please forward to letters@globeandmail.com.
Comments