The Ontario government will spend more than $7-billion over four years on a sweeping climate change plan that will affect every aspect of life – from what people drive to how they heat their homes and workplaces – in a bid to slash the province's carbon footprint.

Ontario will begin phasing out natural gas for heating, provide incentives to retrofit buildings and give rebates to drivers who buy electric vehicles. It will also require that gasoline sold in the province contain less carbon, bring in building code rules requiring all new homes by 2030 to be heated with electricity or geothermal systems, and set a target for 12 per cent of all new vehicle sales to be electric by 2025.

While such policies are likely to be popular with ecoconscious voters, who will now receive government help to green their lives, they are certain to cause mass disruption for the province's automotive and energy sectors, which will have to make significant changes to the way they do business. And they have already created tension within the government between Environment Minister Glen Murray and some of his fellow ministers who worry he is going too far.

The 57-page Climate Change Action Plan was debated by Premier Kathleen Wynne's cabinet Wednesday and subsequently obtained by The Globe and Mail. Stamped "Cabinet Confidential," the document lays out a strategy from 2017 to 2021. It contains about 80 different policies, grouped into 32 different "actions." Each action has a price tag attached to it, as well as an estimate of the amount of emissions it will cut by 2020.

The Globe had previously uncovered details of the plan, but this is the first time the full blueprint has been revealed. The strategy is scheduled to be further reviewed by cabinet ministers and fine-tuned, sources said, with public release slated for June.

The many new programs will be paid for out of revenue from the province's upcoming cap-and-trade system, which is expected to be approved by the legislature this week and come into effect at the start of next year. Together, the cap-and-trade system and the action plan are the backbone of the province's strategy to cut emissions to 15 per cent below 1990 levels by 2020, 37 per cent by 2030 and 80 per cent by 2050.

Cutting natural gas, which currently provides 76 per cent of heating, will require mass adoption of green technologies in buildings across the province. The plan lists geothermal systems, air heat pumps and rooftop solar panels as technologies that will be eligible for rebates. It could also require an expansion of the electricity grid. The plan promises, however, to subsidize any increased electricity costs for homeowners.

Already, the plan is causing tension within government, pitting Mr. Murray against Energy Minister Bob Chiarelli and Economic Development Minister Brad Duguid. Mr. Murray's colleagues, sources said, complained that he often did not bother to consult with other ministers as he drafted the strategy, and ignored their advice when he did.

Energy officials were particularly concerned about the new Green Bank, contending its functions could be handled by the Independent Electricity System Operator, sources said. Mr. Duguid, meanwhile, was worried about the effect on the auto sector. Mr. Murray also aggravated colleagues with an Economic Club speech last month, in which he chastised auto companies for not doing enough to fight climate change and mused about closing down the province's nuclear power plants.

The behind-the-scenes battle played out at a meeting of cabinet ministers involved in the climate file two weeks ago, when Mr. Chiarelli and others confronted Mr. Murray with their complaints, sources said. After The Globe subsequently revealed the clash, all parties have tried to play it down.

Mr. Chiarelli, for his part, acknowledged there had been "debate" at Wednesday's cabinet meeting, but said it ended with "100 per cent consensus" on the climate plan.

"We have a normal amount of debate on this issue," he said. "If you were to get a leak on every cabinet meeting, you would find out, you know, that there's a good airing of points of view on issues."

Asked if Mr. Murray had to change or water down the plan to get cabinet buy-in, Mr. Chiarelli cracked a grin. 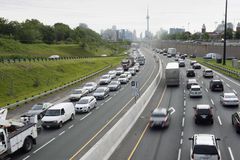 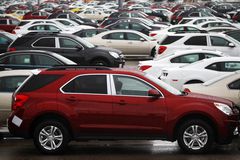 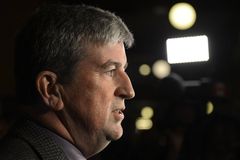