The Ontario government is launching a monopoly of cannabis stores as a subsidiary of the Liquor Control Board of Ontario, a plan private retailers say will fail to crush the black market and challenge legal producers to keep up with the demand for recreational marijuana.

The province pledged to open 40 stores next year and a total of 150 separate locations to sell legal weed across the province by 2020. The announcement comes as the federal Liberal government prepares to make good on its promise to legalize recreational use of the drug next summer.

Ontario officials are taking pains to stress that restrictions will still govern marijuana in the province, such as setting the minimum age for legal pot possession at 19 – higher than the federal minimum of 18.

"In order to be ready for next July, our government will bring forward legislation this fall to ensure that even after legalization, cannabis remains a carefully controlled substance in Ontario," Ontario Attorney-General Yasir Naqvi told a press conference at Queen's Park on Friday.

They also made clear that the new system will mean the end of the many illegal private-sector storefronts now offering pot. Their proliferation has alarmed Toronto Mayor John Tory and sparked police crackdowns. Ontario's Liberal government plan calls for an enforcement strategy to close down the remaining illegal operators, as well as prices set low enough at the legal stores to force illegal operators out of business.

"Let me be clear: These pot dispensaries are illegal and will be shut down," Mr. Naqvi told reporters. "If you operate one of these facilities, consider yourself on notice."

The province's legal pot shops will use the LCBO's back office and other infrastructure to reduce what officials say will be "moderate" startup costs, although they would provide no estimate. The stores will be completely separate from the booze retailer, and no marijuana will be sold alongside alcohol.

Only 40 stores are slated to be open in time for legalization next July, and provincial officials are just beginning talks with municipalities about where they should be located. Officials say they intend to target areas with high concentrations of illegal marijuana dispensaries. Eighty are set to be open by July of 2019.

Online sales, however, are expected to start across the province next year.

Mr. Tory welcomed the plan but said he wanted to discuss new cash to defray the costs of police and bylaw officers busting illegal pot shops: "Cities cannot absorb these costs alone and I look forward to future discussions on how the costs of legalization for Toronto and other municipalities will be funded."

Ontario Finance Minister Charles Sousa said federal guidelines on pricing and taxation had yet to be unveiled. And he cautioned that opening those 150 stores was contingent on the federal government's licensed marijuana producers being able to produce enough to satisfy the demand.

Greg Engel, the chief executive of Organigram, a Moncton-based licensed producer, says it will likely take three or four years for legal marijuana growers to be able to produce enough: "There will be a portion that will continue to go to the black market, there's no question."

The Canadian Federation of Independent Business slammed the creation of another government monopoly.

Cannabis Canada, an industry group that represents licensed marijuana producers, said it hoped the Ontario government would change its mind and allow private-sector retailers as well: "A competitive market model would provide the Province with a predictable, low-risk revenue stream without the taxpayer burdens of upfront capital expenditure exposure and operational risk."

Marijuana activist Jodie Emery, who spearheads a chain of marijuana dispensaries called Cannabis Culture but faces charges after police raids, attended the press conference and criticized the government's plans minutes after the announcement.

She said the strategy was doomed to fail, and would only keep police busy trying to counter a black market that will continue to thrive: "Legalization was supposed to be the end of criminalization, the end of spending hundreds of millions of dollars on law enforcement and courts."

Tania Cyalume used to run a Toronto storefront dispensary called Queens of Cannabis, until it was shut down on Jan. 31. She predicts the new rules may prompt a resurgence of illegal dispensaries.

"A lot of people have been sort of hanging around to see if they can somehow get into the legal framework," she said. "And now that they are seeing that there's no room for them in the legal framework, a lot more people are going to open up shops again."

Whether businesses such as lounges that allow cannabis consumption on the premises will be permitted remains an open question. For now, Ontario's new rules will allow the use of recreational‎ cannabis only on private property, not in public, workplaces or in vehicles.

But Mr. Naqvi said the possibility of allowing the consumption of cannabis in some sort of licensed establishments could be part of a later phase of legalization, after more study.

Abi Roach, who runs the Hotbox Cafe and Vapor Lounge in Toronto's Kensington Market, says she hopes businesses such as hers will eventually be legal. But she also predicts the government's new stores will produce lineups and frustration.

Ontario officials say what the new stores will be called, and how they will look, is still being worked out. They would feature trained, and likely unionized, staff. They would not permit products to be visible to young people, in accordance with federal rules, and would have "behind-the-counter" system, as in the case of tobacco. 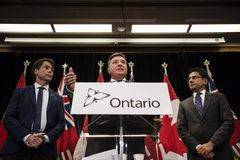 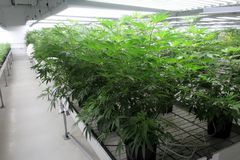 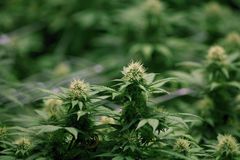 Follow Jeff Gray and Alexandra Posadzki on Twitter @jeffreybgray @alexposadzki
Report an error Editorial code of conduct
Due to technical reasons, we have temporarily removed commenting from our articles. We hope to have this fixed soon. Thank you for your patience. If you are looking to give feedback on our new site, please send it along to feedback@globeandmail.com. If you want to write a letter to the editor, please forward to letters@globeandmail.com.
Comments