Ontario's upcoming cap-and-trade system will likely cut greenhouse gas emissions by less than half of the province's 2030 target, a new economic analysis has found.

The report, by ICF International for the Ontario Energy Association, suggests the government will have to introduce significantly more greenhouse gas-fighting measures if it hopes to reach its planned reductions.

The province is starting cap and trade next year, which will be linked to similar systems in Quebec and California. Under the system, the government sets a cap on annual emissions and distributes permits to companies allowing them to burn a certain amount of carbon. If one company wants to burn more than its share, it must purchase extra permits from another company that has burnt less. Some of this cost, such as for natural gas and gasoline, is passed on to consumers. The idea is the price will push businesses and consumers to curb their use of carbon.

ICF forecasts that the price will start at $16 per tonne in 2017, rising to $95 by 2030. ICI estimates that, in the early years of cap and trade, the average household will have to pay between $5.88 and $7.83 per month in additional home heating costs, and the average car-owning household will shell out between $7.38 and $9.83 a month extra on gasoline.

Those prices, ICF says, will not push carbon use down enough to meet the government's targets.

"There's not a lot that can be really done to impact emissions between now and 2020, given that we forecast a very modest price signal in the range of $20 a tonne of CO2. It doesn't change the energy price enough to change consumer behaviour," Duncan Rotherham, an ICF vice-president, said in an interview.

And even as the price of carbon increases through the 2020s, it won't be sufficient. ICF's modelling assumes carbon pricing will cause some changes – more people buying electric cars or choosing to drive less; homeowners retrofitting their houses; the trucking industry moving toward natural gas instead of diesel – that will drive down emissions by 15 to 20 megatonnes by 2030. That is 40 megatonnes short of the reductions needed to get 37 per cent below 1990 levels.

"All of those things create that outcome which fills about a third to a half of the abatement that actually needs to happen," Mr. Rotherham said.

Environment Minister Glen Murray's office said the province will soon unveil a Climate Change Action Plan that will outline extra measures supplementing cap and trade. His spokesman, David Mullock, said the plan will include spending some of the estimated $2-billion annually cap and trade will raise to make "strategic investments" that will get more electric cars on the road and conserve energy. The plan will also detail what emissions reductions will result from each policy, he said.

"Successfully meeting Ontario's 2030 target will require a declining cap on greenhouse gas emissions and transparent investments in green projects that reduce greenhouse gas pollution, such as electric vehicle charging infrastructure and helping homeowners save energy," he wrote in an e-mail.

Mr. Mullock added that the government has agreed to an NDP demand that the province release an update every year on how the plan is working.

Keith Brooks of Environmental Defence said ICF is correct that carbon pricing alone will not meet the government's targets. He pointed to California, in which carbon pricing only accounts for about 16 per cent of emissions cuts. The state has other measures, including mandating more fuel-efficient vehicles, a low-carbon fuel standard and an increase in renewable electricity projects to make up the rest.

He said the government will have to wisely spend cap-and-trade revenues. Among other things, it could use the money to help industrial companies retool to burn less carbon or help pay for energy retrofits on buildings. But the province will also have to bring in regulatory measures, such as changing building codes and introducing new rules mandating more fuel-efficient cars and less carbon-intensive gasoline.

An added problem is that if Ontario doesn't do more to push its own emissions down, local companies will likely buy more carbon permits from California in order to stay under the cap, he said.

"We could be sending a lot of money out of the province to reduce emissions in California," he said. "Or, the carbon price could spike because we don't have other policies dealing with these emissions." 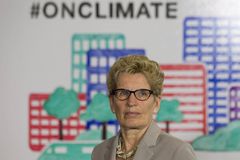 Cap and trade explained: What Ontario’s shift on emissions will mean
April 13, 2015 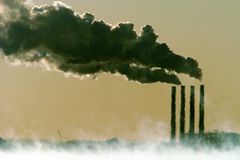