The federal Justice Department has sent a clear signal that Ottawa intends to fight a lawsuit brought by former residential school students in Newfoundland and Labrador to the end.

Prime Minister Justin Trudeau and Justice Minister Jody Wilson-Raybould have said the government would carefully review the case – which has become an example of the fraught relationship between indigenous peoples and the Canadian government, and of drawn-out court battles.

In a letter on Monday to an assistant to Justice Robert Stack of the Supreme Court of Newfoundland and Labrador, the Justice Department says it wishes to give its opening statement of defence on Feb. 1, and will probably need 17 additional days, spread over several weeks, to present its two expert witnesses on the history and on government documents covering the period in question, before concluding on March 4 – bringing to a close the trial portion of a lawsuit that began in 2007.

Mr. Trudeau promised to accept all 94 recommendations of the Truth and Reconciliation Commission, created as part of Canada's multibillion-dollar settlement with former students of the aboriginal schools, which does not include the students Newfoundland and Labrador. One of those recommendations called on all parties, but especially the federal government, to work toward resolving all remaining legal claims expeditiously based on agreed facts.

"When you go and make big speeches about how you're going to be different, then you've got to do something," lawyer Kirk Baert, who represents an estimated 1,000 to 2,000 former residential-schools students in the province, said in an interview. "Otherwise don't make the speeches."

He said the case could have been fought quickly and simply in 2007 over the legal issue of whether Ottawa had a duty to protect aboriginal children in the province from abuse, but Ottawa insisted that could not be resolved without exploring the factual history. "It's another example of delay for delay's sake."

The government has said in court filings that it did not operate or oversee the schools, and that children were not forced to attend, as they were elsewhere in Canada. It has taken that position since 2005, when then-Liberal prime minister Paul Martin began negotiations with indigenous Canadians who were taking the government to court around the country.

The lawsuit covers children at five orphanages and schools between 1949 and the 1970s. The residential schools were a program of forced assimilation run as a partnership between Ottawa and churches beginning in the 1880s. Children were barred from speaking aboriginal languages and subject to physical and sexual abuse and neglect. The last school closed in 1996.

Mr. Baert said he expects the judge to need six months to a year to write a ruling, and then an inevitable appeal by the losing side will add several months more – meaning the case will not finish until mid-2018, adding to the legal costs that will have to be paid out of any settlement. (Mr. Baert is seeking about $100-million for the former students.) More than a dozen of the former students have died during the lawsuit, he said.

Josie Penny, a former student who testified in the lawsuit, said in an interview that she would like to see the case settled soon. "They're going to their graves anyway with what they suffered all their lives, including myself," the resident of Dunnville, Ont., who is in her 70s, said of the survivors.

John Borrows, the Canada Research Chair in Indigenous Law at the University of Victoria, said the government's approach seems contrary to the spirit of the TRC recommendations. "During government transitions it takes time for new Ministerial mandates to translate into new litigation approaches. Front line Justice lawyers may not feel empowered to change their defence without particular instructions from elected officials. One can only hope that such instructions arrive soon, to place this case in line with the government's promises regarding TRC's Calls to Action," he said in an e-mail. 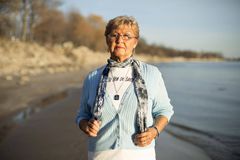 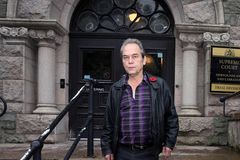 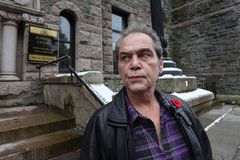