Ottawa's plan to legalize marijuana by next year could hit serious roadblocks across the country, as provinces and territories are expected to have different approaches to solving complicated policy issues such as where to sell cannabis and how much to tax the drug.

The government signalled this weekend it expects to roll out legislation before April 20 – a day cannabis is celebrated across the globe – and that the recreational use of the drug would reportedly be legalized by July 1, 2018.

But, to date, the federal government has indicated that it will leave the contentious issues of regulating the wholesale distribution and retailing of cannabis up to the provinces and territories, a move that could make next year's target seem too ambitious for some jurisdictions, several industry insiders and academics told The Globe and Mail.

Perry Kendall, B.C.'s provincial health officer and a member of last year's federal task force that informed the government's continuing approach to legalization, said some provinces want a slower approach while others favour bolder action. He said those who want faster changes argued the current grey period – where the drug "is going to be legal but isn't now" – has left municipalities, police forces, provinces and territories hamstrung.

"They're all calling for clarity," said Dr. Kendall, who said he first became attuned to the harms of cannabis prohibition while working as the City of Toronto's chief medical health officer during the mid-1990s.

The independent task force gathered the widest range of opinions on the issue of whether people should be able to grow the plant at home, he said. Other contentious aspects of legalization included how much people should be allowed to possess, whether edibles should be sold and how to tackle drug-impaired driving, he added.

Brent Zettl, whose Saskatoon-based company Prairie Plant Systems has grown marijuana under one federal system or another for the past 15 years, said he doubts Ottawa has buy-in from every region of the country to unilaterally roll out the legalization of the drug.

"The [provinces] that are more in favour of it are going to move at breakneck speed to endorse that, but the other ones are going to take a look and see," he said. "The attitude has always been and, rightly so, that unless there's something meaningful there [in law], they're not going to spend the time and resources making it a priority – because of all the other things that each province has to worry about."

Mr. Zettl said many provincial health ministers could be caught flatfooted on the issue and that some provinces are going to have a much more difficult time answering questions such as where the drug will be sold.

Neil Boyd, head of Simon Fraser University's criminology school and a scholar of prohibition, said that will be the trickiest issue facing provinces.

The federal task force report informing the government's legalization of cannabis recommended against selling the drug in liquor stores, noting concerns that mixing alcohol and marijuana leads to higher levels of intoxication. Before the task force issued its report last December, politicians in British Columbia, Manitoba and Ontario floated the idea of selling cannabis at such government-run outlets.

Pharmacies or private shops, such as the dispensaries currently illegal under federal drug laws, are also possible venues for the eventual distribution of cannabis, Prof. Boyd said.

Many of Alberta's mayors appear hostile to the retail sale of pot, Prof. Boyd said, which could cause problems if the face-to-face purchase of the drug is outlawed in that province after federal legalization.

"The risk of a continuation of a black market is going to [remain] in those provinces where there is opposition to any form of retail," he said.

Publicly, many provinces have been loath to comment on a key campaign promise of the Liberal Party in the previous federal election.

On Monday, B.C.'s Solicitor-General Mike Morris welcomed the coming legislation and said a group of bureaucrats from various provincial ministries are still in the research and analysis phase of developing an eventual regulatory framework.

He said, in an e-mailed statement, that he could not provide any more detail on B.C.'s plans until the federal changes are finalized and released.

Dr. Kendall said it will be interesting to see what, if anything, happens to provinces or territories that drag their heels on implementing their own legislative challenges.

"They may be facing constitutional challenges," he said.

John Conroy, long-time counsel for dispensaries and the leader of a team that won a constitutional challenge forcing Health Canada to overhaul its medical marijuana rules last summer, said using the courts to challenge any recreational regime may prove difficult because it does not involve a citizen's entitlement.

"If [the provinces] don't do anything, they're going to have a thriving black market and not collect any taxes," he said. "So there's some incentive for them to get in and regulate." 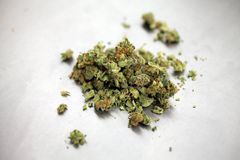 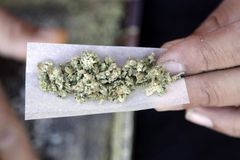