Ottawa has extended a lifeline to Canada's premier Arctic climate laboratory after earlier failing to renew its funding in this year's federal budget.

Scientists who work at the Polar Environment Atmospheric Research Laboratory, or PEARL, in Eureka, Nunavut, were relieved to learn on Wednesday that the government has reallocated $1.6-million to keep the facility operating until the fall of 2019.

The funding, announced jointly by Environment Minister Catherine McKenna and Science Minister Kirsty Duncan, will serve as a bridge that may be used to buy time for a longer-term approach to funding the laboratory that tracks climate change, ozone depletion, and atmospheric pollution from its frigid perch on Ellesmere Island about 1,000 kilometres from the North Pole.

"It's a unique facility. It's our most northern facility," Ms. Duncan told The Globe and Mail. "It's important to have that information."

Most of the money will come from Environment and Climate Change Canada to cover operations at PEARL. A smaller amount, drawn from the Natural Science and Engineering Research Council, will be directed toward research.

Ms. Duncan did not say what projects that money would have otherwise been directed toward or why the federal government did not have a plan in place earlier this year to keep PEARL afloat. Scientists stress that one of the important functions of PEARL is to provide an unbroken record of the atmosphere in the high Arctic, the part of the world where climate change is projected to unfold most rapidly.

The facility faced a crisis and scaled back under the Harper government when its funding body was phased out in 2012. At that time, Ms. Duncan, then in opposition, was among those who strongly advocated for saving PEARL. The Harper government responded by establishing a five-year funding program for a number of climate science projects, including PEARL, called the Climate Change and Atmospheric Research Initiative (CCAR).

That program expires this year and climate scientists grew alarmed when the federal budget gave no indication that it would be renewed or replaced. Today's announcement ensures that PEARL will continue for a while longer but it also means that, so far, there is no reprieve for the other projects despite a favourable internal review of CCAR.

"We're trying to do this differently," Ms. Duncan said. "I want a comprehensive, thoughtful approach to the Arctic."

Jim Drummond, a professor at Dalhousie University who leads the research program at PEARL, said the extension meant that he and his team could now think in terms of a continuing operation rather than deciding what research to conduct before having to shut down at the end of this fiscal year.

It also gives PEARL a chance to contribute to international data-gathering projects such as the Year of Polar Prediction, which began this past summer.

"It means we can start talking to people again about collaboration," Dr. Drummond said. "It's a big encouragement to the team."

PEARL was established 2005 in a decommissioned federal building near the Eureka weather station and it is considered a key asset for university-based researchers and graduate students in climate science in Canada. Dr. Drummond said that, after enduring this latest brush with shutdown, he hoped the government was considering a more routine way of funding the lab, which spends about four months in perpetual darkness each year, measuring atmospheric conditions during the long Arctic night and monitoring the transition back to daylight.

PEARL received vocal support behind the scenes and in public from the science advocacy group Evidence for Democracy, which started a petition on its behalf in September.

The fact that such efforts were required to preserve the facility – even from a government that identifies itself with action on climate change – suggests that Canadian scientists need an independent watchdog in their corner, no matter which political party is governing in Ottawa, said Katie Gibbs, president of Evidence for Democracy.

"It's a clear example that science advocacy works," she said. 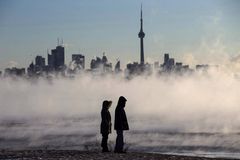 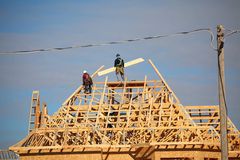 Opinion
An irreplaceable ecological treasure is about to be auctioned off for oil. Will Canada step up?
November 4, 2017 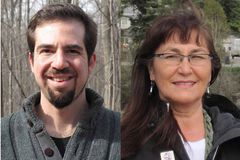