As Canada prepares to become the largest jurisdiction in the world to legalize recreational marijuana, a federal task force has told Ottawa it should also require the product to be lab-tested, safe to consume and free of harmful contaminants such as bacteria, mould and dangerous pesticides.

That recommendation was part of a report released on Tuesday that will be the basis of new legislation expected in the spring.

The call from the Federal Task Force on Cannabis Legalization for mandatory product testing and accurate depictions of potency on packaging comes after concerns were raised over a lack of regulations and consumer protection in the cannabis dispensary industry, which has proliferated this year leading up to legalization.

A Globe and Mail investigation last summer revealed that one-third of nine samples of cannabis obtained from store-front dispensaries in Toronto contained potentially harmful bacteria or mould and would not have met Health Canada safety standards, and posed particular risks to people with compromised immune systems, including the elderly.

A subsequent Globe investigation revealed that Health Canada had been warned that dangerous chemicals not approved for human use, such as the pesticide dodemorph, had been found in samples of dispensary cannabis sold in Vancouver, although Health Canada did nothing about it, citing a lack of regulations.

Read more: Not yet clear where legal pot will be sold in Canada

In its announcement on Tuesday, the federal task force said it wants product safety and lab testing to be "a cornerstone" of the new regulated system.

"The Task Force agrees that the new regulatory framework should ensure that products meet rigorous safety and quality standards in order to protect public health and safety," the report said.

"Only approved fertilizers and pesticides should be allowed; potentially hazardous moulds should not be present."

The report also called for packaging to have accurate depictions of the drug's potency, including THC and CBD levels.

THC, or tetrahydrocannabinol, gives marijuana its intoxicating effect, while CBD, or cannabidiol, is sought for pain relief or to manage conditions such as epilepsy.

The Globe's investigation uncovered wild inaccuracies in the levels of THC and CBD in marijuana sold at store-front dispensaries, which have sprung up by the hundreds across the country, particularly in Toronto and Vancouver.

In September, Health Canada acknowledged the department was concerned about the findings and consumer safety. "The test results provided to the Department by your paper bear this out," Health Canada said in a statement to The Globe.

The task force made a similar acknowledgment in its report, saying "the media shone their light on issues of quality and regulatory gaps," which helped shape the recommendations.

Among the key problems raised by The Globe's investigation was the fact that the country's accredited labs – often used to test consumer products from food to cosmetics – were not allowed to test marijuana for safety on behalf of the public, including patients who used it for medical reasons. The lab that tested for The Globe did so as a public service on condition that the newspaper would not identify it.

Health Canada began to change those rules in August, giving the labs the right to test legally for registered medical patients. Now the task force report has called on the government to expand the number of facilities capable of testing so that proper consumer protection can be assured.

"The mandatory product testing recommended by the Task Force is intended to minimize the risk of contaminated products entering the market and to verify the information on labelling, in order to help consumers make informed decisions," the report said.

"This will require sufficient laboratory testing capacity to ensure that the products manufactured meet specific quality standards and that the stated potency for specific products is accurate."

The task force, chaired by former deputy prime minster Anne McLellan, spent several months consulting industry and the medical community on how to build the regulations for legalization. Among those groups, The Canadian Nurses Association urged the government to ensure good manufacturing practices and consumer protections in an industry that is expected to be worth billions of dollars.

"There was widespread agreement among stakeholders and experts that strict controls are necessary to assure product quality, security and safety," the report said. 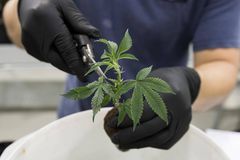 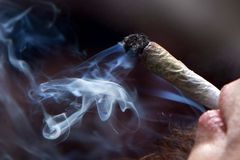 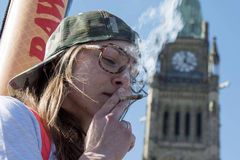