The federal government has been billed more than $3-million for its unsuccessful attempts to keep a high-stakes battle over first nations child welfare out of the courts.

Invoices obtained through the Access to Information Act show the Justice Department, acting on behalf of Aboriginal Affairs, paid out at least $3.1-million for legal services between 2007 and June 2012.

Government lawyers were trying to quash claims from first nations child rights advocates that Ottawa is short-changing native communities by funding child welfare services at 22 per cent below provincial levels.

The First Nations Child and Family Caring Society and the Assembly of First Nations launched a human rights challenge that dates back to 2007.

They say the federal government is discriminating by not providing the same level of child welfare support to first nations children as other children in Canada receive from provincial governments.

Ottawa has challenged the advocates with legal technicalities at every step along the way, arguing that the case does not belong in the court system.

After much back and forth, and more than $3-million later, the Federal Court rejected the government's arguments, ordering a full hearing at the Canadian Human Rights Tribunal.

"They've spent that [the money] trying to avoid this hearing on the truth," said Cindy Blackstock, the society's executive director.

"That really raises the question of what they're trying to hide. All we've wanted from the get-go is a factual hearing on whether they're discriminating or not."

Indeed, last week, the tribunal decided to set aside several weeks of hearings on the issue in February and March.

"I'm expecting Canada to really drag it out and use about any tactic they can to drag it out," said Ms. Blackstock.

Ms. Blackstock obtained the federal invoices through an Access to Information request and provided the documents to The Canadian Press.

At stake is far more than federal funding for child welfare.

If the first nations advocates win the day, the case will put pressure on Ottawa to increase child welfare funding, as well as to match provincial funding in other areas of first nations services, such as schooling, special education, policing and health.

Victory for the first nations could cost Ottawa billions.

"We think that after these cases go through, the federal government's programs for first nations people will need a drastic overhaul in order to deliver services equal to what other Canadians receive," said Kent Elson, a Toronto lawyer who is involved in the policing and special education challenges.

But if the government wins, recently won powers for first nations to launch human rights complaints would be severely restricted, the acting head of the Canadian Human Rights Commission has said.

"We think this is one of the most important human rights issues this decade," Mr. Elson added.

Aboriginal Affairs officials said Monday they don't intend to speculate on how much the case will cost at the end of the day, but spokeswoman Genevieve Guibert said in an e-mail that the government hopes the tribunal will dismiss the complaint, putting an end to litigation.

A spokesman for Aboriginal Affairs Minister John Duncan said last week that the federal government does not believe the courts are the proper forum for differences over child welfare.

"We believe that the best way to ensure first nations children and families get the supports and services they need is by working together – with first nations, provinces and territories – and not through the Canadian Human Rights Tribunal," Jan O'Driscoll wrote in an e-mail.

"Our commitment to supporting first nations children and families is clear."

Mr. O'Driscoll said funding for family services has "significantly increased" and the quality of such services has improved to focus on preventing the problems that jeopardize the welfare of native children.

"As this matter is before the courts, it would be inappropriate to comment further."

But Ms. Blackstock said she and the AFN worked for 10 years behind the scenes to negotiate a compromise with the government, before turning to legal action.

"The bigger question is, do we want to be a country where racial discrimination is a way that we save the government money? This case is fundamentally about the type of Canada we want," she said.

"It's not a legitimate fiscal restraint measure."

Recent census data shows there were nearly 30,000 children in foster care in Canada on a given day. Other research suggests about 70,000 children pass through foster homes at some point in a given year.

Up to 40 per cent of those children are first nations kids, Ms. Blackstock said.

Last week, the United Nations committee on the Convention on the Rights of the Child took Canada to task over its treatment of aboriginal, immigrant and disabled children.

When asked about the criticism in the House of Commons, Conservative parliamentary secretary Bob Dechert lashed out at the UN committee rather than address the child welfare matter.

"The sad reality is that Syria is a member of this committee," Mr. Dechert said.

"Syria, a country whose rulers are stealing the innocence of an entire generation of its children, is criticizing Canada. Imagine that. This is no doubt to distract from the atrocities that Syrian children are currently facing every day." 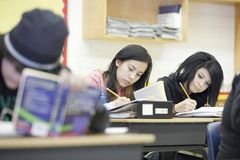 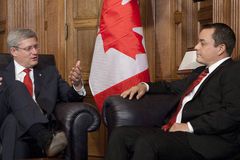 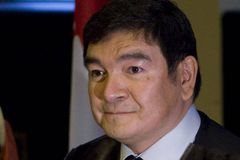 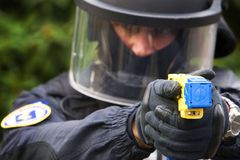 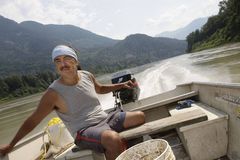