The pharmaceutical giant that misled physicians and patients about the addictive properties of its top-selling drug OxyContin, fuelling an overdose crisis that has devastated communities across North America, will stop marketing opioids to U.S. physicians.

However, the new policy does not extend into Canada.

Purdue Pharma L.P. announced the change in a statement issued on the weekend.

"We have restructured and significantly reduced our commercial operation and will no longer be promoting opioids to prescribers," the Stamford, Conn.-based company said. It added that the roughly 200 sales representatives remaining – about half of its sales force – will focus on marketing non-opioid products.

The company has sent notices to U.S. health-care providers saying its sales representatives will "no longer be visiting your office to engage you in discussions about our opioid products" effective Monday.

The change does not extend into Canada, where Purdue Pharma (Canada) operates independently. Representatives for Purdue both in Canada and the U.S. did not respond to interview requests on Sunday.

Keith Ahamad, an addictions physician and a clinician researcher with the BC Centre on Substance Use, said it's too late for the new directive to have any meaningful impact.

"There's no question that the marketing of these drugs to physicians in the past has played a role in where we are today, but this move is not going to move the needle on overdose deaths," Dr. Ahamad said.

Numerous lawsuits and top health officials in both Canada and the U.S. link Purdue's OxyContin drug to the fentanyl-driven overdose crisis that is decimating communities today.

Health Canada approved OxyContin in 1996 for the treatment of moderate to severe pain. A marketing campaign ensued, in both Canada and the U.S., with Purdue sales representatives promising long-lasting relief for a wide array of ailments, from back pain to fibromyalgia, while downplaying its risk of addiction.

The drug became the top-selling, long-acting opioid in Canada for more than a decade. At the same time, reports of addiction and overdoses due to the drug climbed – both among those who had been prescribed it, and those who used diverted pills illicitly, often by crushing and snorting them.

In 2007, Purdue and three top executives pleaded guilty to charges that they misled the U.S. public about the drug, paying more than US$634.5-million to settle criminal and civil charges.

By 2012, Purdue pulled the drug from the Canadian market and replaced it with a tamper-resistant version called OxyNEO. The move drove some who had become addicted to OxyContin to street alternatives such as heroin, which at the same time became increasingly cut with an illicit version of the powerful synthetic opioid fentanyl due to its low cost and high potency.

In 2016, then-U.S. surgeon general Vivek Murthy took the unprecedented move of sending letters to every physician in the country in an effort to turn the tide on the opioid crisis.

"Nearly two decades ago, we were encouraged to be more aggressive about treating pain, often without enough training and support to do so safely," Dr. Murthy wrote. "This coincided with heavy marketing of opioids to doctors. Many of us were even taught – incorrectly – that opioids are not addictive when prescribed for legitimate pain."

Dr. Ahamad also cautioned against physicians cutting patients off of opioid medications if they are stable – one factor that drove people to illicit drugs.

"People who have an opioid addiction need to have access to evidence-based addiction treatment including medication that we know has proven mortality benefits," he said.

"For those that are stable and have no harms associated with their opioid use, we have to make sure they're not cut off from their prescribed medication."

At least 14 states have sued Purdue Pharma alleging its deceptive marketing practices contributed to the overdose crisis. In Canada, a $20-million national class-action lawsuit remains on hold after a Saskatchewan judge declined to sign off on the deal.

In the Canadian suit, Purdue agreed to the settlement but made no admission of guilt.

Canada is the world's second-largest per capita consumer of opioids, behind the U.S. While final figures are not yet in, it's believed that more than 4,000 Canadians died from opioid-related deaths in 2017 – at least a 40-per-cent increase from 2,861 in 2016. In British Columbia, at least 1,422 people died of all illicit drug overdose deaths in 2017, with fentanyl being detected in 81 per cent of those deaths.

In the U.S., opioids were a factor in more than 42,000 deaths in 2016, according to the Centers for Disease Control and Prevention. 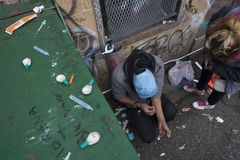 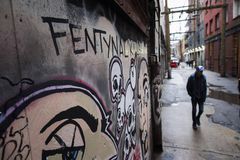 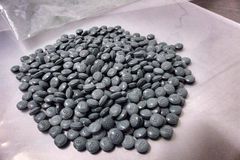