The Alberta government has bent to pressure from parents for curriculum changes and will require students to memorize their multiplication tables starting this fall, dealing a setback to the creative-math movement.

Education Minister Jeff Johnson has directed the ministry to ensure that reciting the times tables and recalling other basic math facts will be "more front and centre" in the curriculum for elementary students. The current curriculum requires students to know the multiplication tables, but doesn't specifically state that they must memorize them.

It represents a victory for parents and some educators in the current "math wars," who demand education ministries dial back "discovery" math teaching techniques, which encourage children to use complicated, often open-ended methods of breaking down equations instead of traditional formulas and memorization.

"I've heard loud and clear from parents that they want more reassurance that students will be expected to recall basic math facts from memory," Mr. Johnson said in a statement Monday to The Globe and Mail. "We believe that we can successfully weave the memorization of fundamentals in with the development of other critical competencies such as problem solving, application and collaboration."

Alberta and other provincial governments have been staunch defenders of discovery- or inquiry-based math, arguing it gives children broader problem-solving skills that are useful in everyday life. Instead of memorizing the multiplication tables or learning basic algorithms such as long division, students are encouraged to break problems down into smaller portions to work through them.

But math teaching has come under scrutiny since Organization for Economic Co-operation and Development results revealed in December that 15-year-olds in Canada had finally slipped out of the top 10, placing 13th out of 65 countries. The fall in the rankings led to grass-root petitions from parents and educators in Ontario, Alberta and British Columbia, asking governments to revamp curriculums so that a greater emphasis is put on basic math skills and less on creative strategies.

A spokesman for Mr. Johnson said the minister's directive was part of the curriculum redesign plan all along: Grounding students in the basics but also allowing them to learn by investigating ideas through problem-solving, pattern discovery and open-ended exploration. The math changes are part of a wider curriculum redesign happening the province. The ministry is now deciding at which grades to incorporate the memorization of math facts.

Nhung Tran-Davies, a physician in Calmar, Alta., whose petition to the province's Education Ministry has gathered more than 11,700 signatures, said Mr. Johnson's directive does not go far enough. She has pushed the Wildrose Party to take up her cause, and the issue has been raised repeatedly in the legislature.

"With Johnson thinking that he can just appease us by ensuring the memorization of the tables is to be dismissive of our concerns," Dr. Tran-Davies said. "There is also the matter of the multiple strategies that teachers are mandated to teach every child. … We are not just wanting our children to know only the very basic of basics, such as what two plus two is. We want them to go on to higher concepts such as the quadratic equations, and there are basic standard algorithms to learning these higher mathematical concepts as well."

Manitoba became the first province to respond to a push from parents when it announced curriculum revisions this past fall for students in kindergarten to Grade 8. Students are now taught all four standard methods for arithmetic – addition with a carry, subtraction with a borrow, long multiplication and long division. The curriculum also stresses that children in kindergarten through Grade 3 not rely on calculators.

Ontario is reviewing its math curriculum, but the province has no immediate plans to move in the direction of Alberta or Manitoba. Ontario students are required to be able to multiply by 9 in Grade 4, but there is no requirement that they memorize multiplication tables.

Meanwhile, British Columbia is studying changes after hearing from parents. It has been involved in its own curriculum redesign to emphasize creativity but it has been met with protests. The Ministry of Education concedes that early feedback from parents and educators on its redesigned math curriculum, still in draft form and part of a larger curriculum overhaul, "indicates that math foundational skills could be highlighted and made more evident." The ministry added: "We are exploring how to strengthen this and are currently in consultation with parents, educators and other partners and groups on this topic."

With files from Andrea Woo in Vancouver 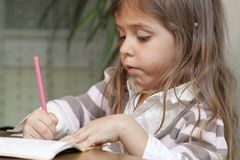 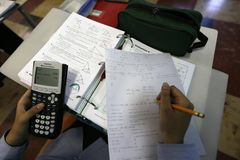 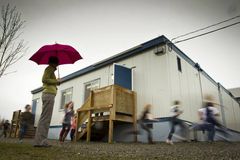 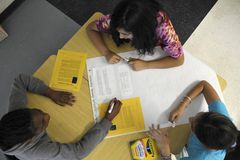 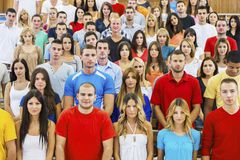