The attack on Parliament Hill's Centre Block and the National War Memorial has left one Canadian soldier and one male suspect dead.

During an address to the nation, Prime Minster Stephen Harper said the incident in Ottawa was a 'terrorist' act. Mr. Harper also indicated that it remains unclear whether the man shot dead on Parliament Hill Wednesday acted alone.

"Together we will remain vigilant against those at home or abroad who wish to harm us."

The Prime Minister concluded by stating that there will be no safe haven for terrorists and expressed confidence that Canadians will pull together in the wake of this week's events.

Federal sources have identified the suspected shooter as Michael Zehaf-Bibeau, a man in his early 30s who was known to Canadian authorities.

Sources told The Globe and Mail he was recently unable to secure travel documentation he was seeking, thus blocking his attempt to travel abroad. The circumstances are similar to that surrounding the case of Martin Rouleau-Couture, the Quebecker who was shot Monday after running down two Canadian Forces soldiers with his car.

Mr. Zehaf-Bibeau was born in 1982 and was the son of Bulgasem Zehaf, a Quebec businessman who appears to have fought in 2011 in Libya, and Susan Bibeau, the deputy chairperson of a division of Canada's Immigration and Refugee Board.

Mr. Zehaf-Bibeau has a record in Quebec in the early 2000s for petty crimes such as possession of drugs, credit-card forgery and robbery. He was also charged with robbery in 2011 in Vancouver.

The soldier who was killed was identified as Cpl. Nathan Cirillo, according to his aunt. Cpl. Cirillo, who was a member of the Argyll and Sutherland Highlanders, a regiment of Reserve Forces based in Hamilton, was training to join the Canada Border Services Agency, his aunt told The Globe and Mail.

"We're still in the process of an active operation right now. We're treating this very seriously with the RCMP in identifying and clearing Parliament Hill to render it safe," Ottawa Police Chief Charles Bordeleau told a mid-afternoon media briefing.

Shortly after 8:30 p.m. (ET) Ottawa police lifted the lockdown in the city's downtown core saying that the threat to public safety no longer remained.

However, the police operation on Parliament Hill is still ongoing and remains off limits to the public.

Asked if the attack had caught police off guard, Gilles Michaud, commanding officer of the RCMP's national division, said: "I think that from our reaction, it caught us by surprise."

Still, he said "all available and necessary resources were activated and deployed immediately" and will remain in place as long as necessary.

Canadian Armed Forces personnel, at least in the Ottawa area, are being instructed not to wear their uniform in public unless on duty, a source said.

A Forces directive to this effect will go out shortly, the source said.

Gunfire erupted at the National War Memorial around 9:52 a.m. (ET), then moved to Parliament Hill's Centre Block. The Parliament Hill shooting was captured on this video by a Globe reporter. One Parliament Hill guard was shot in the leg, treated in hospital and was later released.

The outbreak of violence sent MPs into hiding and all federal government buildings into lockdown, which wasn't lifted until late on Wednesday evening.

Mr. Harper was with Veterans Affairs Minister Julian Fantino in a caucus meeting when the gunfire began, Mr. Fantino told the Toronto Sun Wednesday. Fantino credits a sergeant-at-arms for taking down a gunman. "All the details are not in but the sergeant-at-arms, a former Mountie, is the one that engaged the gunman, or one of them at least, and stopped this," Fantino said.

Mr. Fantino also praised the RCMP for protecting the Prime Minister and other parliamentarians. "They were so professional," he told the Toronto Sun of the RCMP. "Incredible."

Mr. Harper met with cabinet concerning Wednesday's attack before addressing the nation in a statement.

THE LOCKDOWN: OTTAWANS WARNED TO STAY CLEAR OF DOWNTOWN

Earlier in the day Parliament Hill staff were issued a security warning to stay away from doors and windows, lock their doors and, if doors would not lock, to barricade them. "Do not open a door under any circumstances," the security alert said.

Public building close to Parliament buildings had also established lockdowns, including the University of Ottawa, where personnel went door to door to tell people to stay put. Schools in the downtown core were also locked down. However, by early afternoon, students and faculty at the University of Ottawa were no longer fully respecting the lockdown and had started to leave campus.

The Rideau Centre mall, a major shopping centre a block from the war memorial, was also in lockdown after police initially reported shots being fired nearby. However, the police later said that no shots were fired near the mall.

THE WAR MEMORIAL: 'MOVE DOWN! THERE'S AN ACTIVE SHOOTER!'

Police officers at the cenotaph, which was cordoned with yellow tape and bordered by cruisers, ordered bystanders and journalists to move farther away from the crime scene on Wednesday morning, toward the Rideau Centre mall.

Tensions ran high as the officers yelled at journalists to get back around 10:30 a.m. (ET), with one officer shouting: " Move down! There's an active shooter! If you want to die, stay here. If you want to live, keep moving!"

Liberal MP John McKay said he was just taking off his jacket about to go into the caucus room when he heard "Pop! Pop! Pop! Pop!" He assumed the sounds were construction noise, but then security guards rushed down the halls ordering everybody out.

Mr. McKay said the MPs followed security out the back door and then they "huddled out back by the monuments" for a while. "That building is the people's building ... I'd hate to think of us shutting it down because of both paranoia and legitimate fears."

A tourist from the Netherlands, Jan Lugtenborg, told reporters that a man with a long rifle was "running like hell that way... to Parliament Hill."

"We didn't expect this in Canada," he said.

One man watched the scene unfold from a third-floor office that faces the war memorial. "It was unreal," said the witness, who asked not to be identified. "I heard the shot and looked out the window. . . The shooter came from the west side and aimed right at the young guy that was standing guard and shot him twice.  I think he missed with the first shot; it sounded like a shotgun."

He saw the young soldier fall. No one returned fire. Other guards and police converged on the victim. The scene was "mayhem," he said.

"Canadian armed forces bases and establishments are currently taking precautions appropriate to their environment to ensure the safety and security of personnel and infrastructure," he said.

Carol Devine, owner of Devine Fine Jewellery on the hotel's main floor, says people are being told they can't leave. "It's really weird. I feel the same today as I did on Sept 11 [2001]," she said. "I was working that day here, there were people stuck here from the U.S. and security on Parliament Hill‎. It's the same kind of weird feeling."

Richard Teltschik is leading a delegation of German parliamentarians from the Christian Social Union of Bavaria on a visit to Ottawa, and left the Chateau Laurier as the Parliament Hill drama was unfolding.

"There was police coming from all sides, from all the streets they are running towards the Parliament," he said in a phone call from the Museum of Canadian History, which is across the Ottawa River from the capital.

"We are all concerned and surprised that in quaint Canada, this kind of thing could happen,"  he said. "Everybody expects Canada to be remote from all the troubles of the world, peaceful and quiet and now we have this situation."

REACTION: 'OUR THOUGHTS AND PRAYERS ARE WITH THOSE INJURED'

In a televised address Wednesday evening, NDP Leader Thomas Mulcair said Canada was shaken by the shootings but "we shall not waver."

Liberal Leader Justin Trudeau said on Wednesday night that he was saddened by the shootings and condemns "these brutal and heartless" acts of violence.

Mr. Harper cancelled his planned trip to Toronto, where he was to present girls' education activist Malala Yousafzai with honorary Canadian citizenship on Wednesday afternoon.

Conservative MPs held a moment of silence after they were informed that the Canadian Armed Forces member passed away.

Bank of Canada Governor Stephen Poloz postponed a planned 11:15 a.m. (ET) news conference in Ottawa, due to take place in the National Press theatre, across Wellington Street from Parliament Hill. The news conference was to follow Wednesday's release of the central bank's interest rate statement and monetary policy report.

Ottawa mayor Jim Watson called Wednesday a "sad and tragic day for our city and our country."

"I'm sure I speak for all residents of our city when I extend my heartfelt condolences to the family of the individual who lost his life this morning while standing guard at the National War Memorial at the heart of downtown Ottawa."

In Toronto, Ontario Premier Kathleen Wynne says she and the opposition leaders discussed suspending Question Period in light of the Ottawa shooting, but she says "we refuse to be silenced."

White House and other U.S. government officials have been in "close touch" with their Canadian counterparts "to offer assistance" and have asked to arrange a phone call between President Barack Obama and Mr. Harper at the Prime Minister's earliest convenience, White House press secretary Josh Earnest told reporters in Washington.

The NHL game scheduled in Kanata between the Ottawa Senators and Toronto Maple Leafs has been postponed.

Editor's Note: An earlier online version of this story said slain Ottawa shooting suspect Michael Zehaf-Bibeau had been designated by federal authorities as a "high risk traveller" and was  prevented from getting travel documents.  The RCMP said Thursday that Mr. Zehaf-Bibeau had been seeking a passport but that he was never designated as a high-risk traveller. This online version has been corrected. 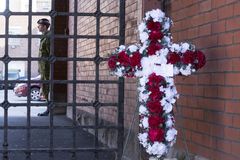 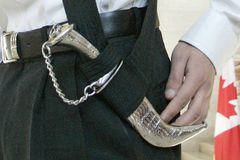 Follow Josh Wingrove, Steven Chase, Bill Curry and Jill Mahoney on Twitter @josh_wingrove @stevenchase @curryb @jillsmahoney
Report an error Editorial code of conduct
Due to technical reasons, we have temporarily removed commenting from our articles. We hope to have this fixed soon. Thank you for your patience. If you are looking to give feedback on our new site, please send it along to feedback@globeandmail.com. If you want to write a letter to the editor, please forward to letters@globeandmail.com.
Comments are closed