The Parti Québécois is demanding that the province be excluded from the new federal job-training program outlined in Thursday's budget, warning that "all of Quebec will rise" against the proposed measure.

"I don't want a war with anyone but I will defend the interests of Quebeckers," Premier Pauline Marois said at a news conference in Rouyn-Noranda in the Abitibi region on Friday.

The program would give money to companies to train workers. The federal government would match the funds the provinces and employers put into the program up to a maximum of $5,000 per worker. The new arrangement represents a major shift aimed at training workers for jobs that have gone unfilled under the current programs.

Quebec argued that job training is a provincial jurisdiction and that the federal government has no authority to say how work-force needs should be met in the province.

Quebec Minister of Labour Agnès Maltais said she held a conference call with representatives of the Commission des partenaires du marché du travail. The group, made up of representatives of government, business, labour, universities, colleges and school boards, defines the province's labour needs and distributes money accordingly. Ms. Maltais said everyone on the commission "denounced" Ottawa's decision to take over control of the skills development programs and will fight tooth and nail to keep the federal government out of its jurisdiction.

"On the issue of manpower training, it is all of Quebec society – it is business, workers, those in the field of education – who are saying no to this," Ms. Maltais said. "We will need a strategy. It isn't only us. All of Quebec will rise."

However, it appears that not "all of Quebec" was gearing up for a fight with Ottawa. The province's business community was far less critical of the federal measures than Ms. Maltais suggested. Yves-Thomas Dorval, president of the influential business lobby group the Conseil du patronat, said current provincial training programs funded by Ottawa fail to meet labour needs and supported the federal government's change.

"I told the minister that we were not here to play politics. That wasn't our role. We support the objectives [of the federal change] and that in the event of negotiations they should not be conducted at the expense of workers and businesses," Mr. Dorval said in a telephone interview. He also told Ms. Maltais that the Conseil du patronat had not yet been given the details of the new program but recognized that some of the province's job-training initiatives were showing positive signs.

The Canadian Federation of Independent Business delivered a similar message to the minister, according to the group's Quebec vice-president, Martine Hébert. "We never denounced the federal program," Ms. Hébert said. "On the contrary we support the principles outlined in the federal program. But we also want to preserve what is working well."

In another deal in 2008 called the Labour Market Agreements and involving all provinces, Quebec began receiving an additional $116-million to help train those who had dropped out of the job market, including welfare recipients.

According to Ms. Maltais, Finance Minister Jim Flaherty said he wants to renegotiate the 1997 agreement and exercise greater control over the job-training program. Quebec said it will table a motion in the National Assembly denouncing the change, a purely symbolic gesture. It remained vague as to how it planned to press Ottawa in the coming weeks to reconsider its budget decisions. 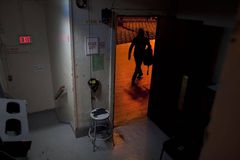 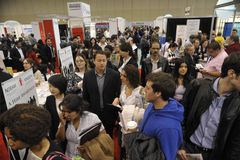 Less than half of Liberal supporters are registered to vote
May 11, 2018 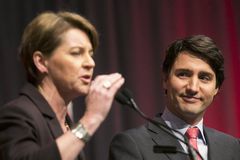 Who's not happy with the budget? University students
May 11, 2018 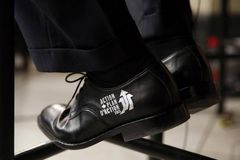 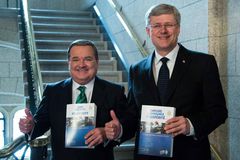