The Parti Québécois faces an uphill battle to adopt its controversial language legislation as the public hearings on the bill ended in a climate of confrontation.

The opposition Liberal Party said Thursday that it will vote to stop Bill 14 from entering the final stage before adoption, arguing that it creates discrimination based on language and weakens the rights of the province's English-speaking minority.

"So when it comes to the respect … for minority rights, the respect for English-language institutions, the bill fails. So because of our liberal principles we will vote against the principle of Bill 14," said Liberal MNA Geoff Kelley.

If it hopes to adopt the bill, the PQ will need support from the Coalition Avenir Quebec, which said on Thursday that it will decide what to do next week. The Minister responsible for the French Language Charter, Diane De Courcy, made overtures to the CAQ by offering compromises on controversial provisions.

Throughout the public hearings, the government faced concerns from numerous groups. For instance, the Quebec Bar Association argued that proposed changes to the law "threatened to overly affect anglophones and allophones" by weakening their rights under the Quebec Charter of Rights and Freedoms. The province's Human Rights Commission warned against reinforcing the official status to the French language to the point of putting it on equal footing with other fundamental rights. "It is not considered an inherent value of a person nor a principle tied to rights and freedoms," the commission stated in its brief during the public hearings.

But Ms. De Courcy defended the need to reinforce French in the workplace. She said she will meet with business and labour groups in the coming weeks to define more clearly how to extend French-language requirements to business with 26 to 49 employees. She said changes could be made to make language enforcement less stringent on smaller companies than bigger ones. But the government insisted that in the workplace French must be the only language required by employers, unless it can be proven that knowledge of another language was absolutely necessary.

Two of the CAQ's demands involved maintaining the bilingual status of certain municipalities, and the exemption offered to francophone military families allowing their children to attend English-language schools. Ms. De Courcy insisted changes were needed, though she remained open to adjustments.

She produced statistics to show that few military families asking for the exemption from the requirement to attend a French-language school were actually being posted outside Quebec. The exemption was introduced in the original language law in 1977 to allow the children of francophone soldiers to attend an English-language school, so that they would have an adequate knowledge of English when their parents were transferred to a base outside Quebec. It also gave a permanent right of future siblings of these francophone families and their descendants to attend a publicly funded English-language school, which is denied for all other francophones in the province under the language law.

"This is a question of being fair for everyone," Ms. De Courcy said, adding that exemptions under strict conditions will continue to be granted.

As for municipalities that risked losing their bilingual status under the law when the number of anglophone residents dropped below 50 per cent, accommodations will be examined to forestall changes that could affect the rights of anglophones in the community, the Minister said.

Ms. De Courcy acknowledged that the fight ahead in the negotiations with the CAQ will be difficult.

"I will need to keep an open mind. … It will require a great deal of good faith on my part," she said. "As for the CAQ, I can't presume today what it will do because I believe they are being wise to take [the bill] under consideration."

Trudeau won't back Quebec's demand for access to father's papers
May 11, 2018 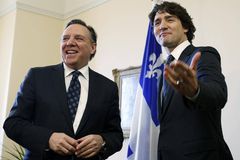 Panel proposes pension plan for elderly retirees in Quebec
May 11, 2018 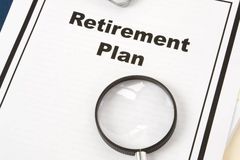