A patient at a Brampton, Ont., hospital who recently travelled to Nigeria has been placed in isolation after showing flu-like symptoms, according to a public health official.

Dr. Eileen de Villa of Peel Public Health told The Globe and Mail that "infection prevention and control measures" have been put in place at Brampton Civic Hospital because a patient "with a recent travel history to Nigeria" has presented fever and other flu-like symptoms.

The latest Ebola outbreak emerged in Guinea in March and has since spread to Sierra Leone, Liberia and Nigeria - which on Friday declared a state of emergency because of the virus.

"An appropriate measure that has been put into place in this case is isolation of the patient," she told The Globe and Mail.

"I think those measures are absolutely appropriate to ensure the safety of other patients within the hospital, those who may be visiting, and those who work at the hospital."

Dr. de Villa said she received information from her colleagues at Brampton Civic Hospital and representatives from the Ministry of Health and Long-Term Care.

And she said the hospital will be working with public health laboratories to confirm a diagnosis. "Any subsequent actions will of course depend on what the ultimate diagnosis is," she said.

A spokesperson for Eric Hoskins, Minister of Health and Long-Term Care, released a statement saying the minister is monitoring the situation, but "initial signs and symptoms of Ebola are similar to many more common diseases. One such disease relevant to African travel is malaria.

There are currently no confirmed cases of Ebola in Ontario."

The statement stressed that Ontario is prepared to deal with emergencies: "With the experience and lessons learned from the SARS epidemic, our hospitals have sophisticated infection control systems and procedures to protect health providers, patients, and all Ontarians, and are fully equipped to deal with any potential cases of Ebola."

Ebola is a rare and severe disease that can infect both humans and non-human primates. The virus is contagious and is spread by direct contact with bodily fluids such as blood, sweat, urine, saliva and diarrhea from a sick person.

In its early stages Ebola has non-specific symptoms similar to the flu or malaria, which is common in parts of Africa. The virus causes symptoms including fever, vomiting, muscle pain and bleeding.

The latest Ebola outbreak in Africa is the largest and longest ever recorded for the disease, which has a death rate of about 50 per cent and has so far killed at least 961 people, according to the World Health Organization.

There have been false alarms about Ebola in places like Britain and Hong Kong.

The Public Health Agency of Canada is advising Canadians to avoid all non-essential travel to Guinea, Liberia and Sierra Leone due to the outbreak, but has issued a statement saying the risk of Ebola to Canada is very low.

It says travellers to Nigeria should practise special precautions such as avoiding direct contact with blood and other bodily fluids of people with Ebola virus or unknown illnesses, among other steps.

The World Health Agency on Friday declared the outbreak to be an international public health emergency that requires an extraordinary response to stop its spread. 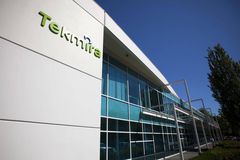 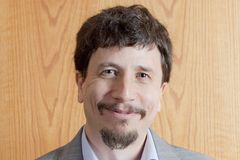