For the second time in less than a week, Ontario Progressive Conservative Leader Patrick Brown has reversed course on the province's sexual education curriculum, saying now that he supports the curriculum and would not change it if elected premier.

In an op-ed in the Toronto Star published online Monday evening, Mr. Brown blamed local Tory activists in a Toronto by-election for circulating a letter last week under his name that promised to kill the curriculum.

The letter, which was distributed in Scarborough-Rouge River, was not released to media until after its existence was uncovered by the Toronto Sun.

"Upon being elected, a PC Government would scrap the controversial changes to sex-ed introduced by Premier Wynne and develop a new curriculum after thoughtful and full consultation with parents," said the missive, which was signed by Mr. Brown.

The new curriculum – the first update since the 1990s – teaches children acceptance for same-sex relationships, the proper names for body parts and how to stay safe on the Internet, among other things. The curriculum has been controversial, particularly with new Canadians and religious communities, and many parents have pulled their children from school in protest.

At first, Mr. Brown's office tried to play down the letter's significance, insisting he was simply calling for more consultation on the sex-ed changes.

But the letter stood in stark contrast to a promise Mr. Brown made after winning his party's leadership in May, 2015, when he said he would not raise divisive social issues – such as sex-ed or abortion – and sought to present himself as a "modern" conservative. He went a step further in the spring, telling The Canadian Press he would not repeal the sex-ed curriculum.

PC sources suggested the apparent change in policy stemmed from how controversial the sex-ed curriculum was with some conservative new Canadian communities in Scarborough-Rouge River.

The PCs are locked in a three-way battle in the riding, which they are hoping to snatch from the Liberals in the Sept. 1 vote.

Now, Mr. Brown insists he never had any plans to pull the plug on the curriculum.

"It was a mistake for a letter to go out to Scarborough-Rouge River voters saying that I would 'scrap' the updated curriculum. This is not my view. This is not what I will do. In fact, the opposite is true. I apologize," he wrote in the Star op-ed.

While Mr. Brown says he has always been concerned there was not enough consultation on the changes to sex-ed, someone in the local campaign went too far.

"The campaign in Scarborough-Rouge River wished to express these concerns and to assure voters that when it came time for the next round of updates, both experts and parents would be thoroughly consulted. Much to my regret, it went too far when it said I'd 'scrap' the curriculum," he wrote.

He also wrote that he "strongly" supports the updated curriculum and is "determined to lead an Ontario PC Party that is modern, inclusive, pragmatic, and that reflects the diversity and values of our province."

"They say in politics you should never admit that you've made a mistake. They say you should never repeat a negative accusation," he wrote. "I don't agree. I believe it's important to admit mistakes when they happen."

The Liberals, for their part, have argued sex-ed opponents are simply using the issue as a dog-whistle to homophobic voters.

On Sunday, they seized on Mr. Brown's letter to portray him as unprincipled.

"Flip. Flop. Flip," read a fundraising e-mail from Education Minister Mitzie Hunter to Liberal supporters Sunday. "So why did he change his mind on such an important issue? To win a few votes. Patrick Brown is literally willing to say anything, to anyone, at any time." 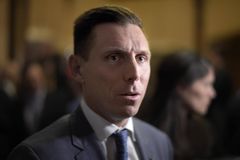 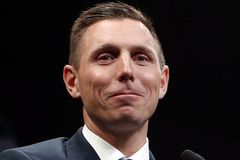 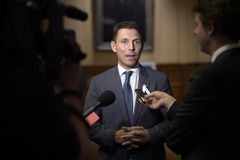