Ontario's Progressive Conservatives would reduce income taxes and send the province back into deficit if they form the government after next June's election, and would take over and expand Toronto's subway system, leader Patrick Brown promised as he unveiled his electoral blueprint.

The 78-page program, dubbed the People's Guarantee, contains 147 promises and is Mr. Brown's plan to defeat Premier Kathleen Wynne next summer and end 14 years of Liberal government in Ontario. If it wins, the opposition party would keep most of Ms. Wynne's marquee initiatives intact, including tuition rebates and expanded drug coverage, but would end the province's climate change program and dismantle the cap-and-trade system.

Unveiled on Saturday in a speech to 1,500 delegates at a party convention near Toronto's main airport, the election plan contains fives promises that Mr. Brown said he would deliver by 2022 or not run for a second term. Those promises include a tax cut for Ontarians making less than $86,000, an expanded refund for child-care expenses, a 12 per cent reduction in residential hydro bills, more money for mental health, and a stronger accountability act.

"Under Kathleen Wynne, you work hard, you pay more and you get less. Under our platform, you will pay less and get more," Mr. Brown said in a half-hour speech. In a statement released with his speech, Mr. Brown said there is "nothing wrong with Ontario that can't be fixed by a change in government."

The platform would see Ontario return to a deficit in 2018 with a $2.8-billion shortfall, before posting surpluses in future years. The document contains no mention of uncertainty over the future of the North American free-trade agreement and concerns of economic disruption if talks to renegotiate the trade deal were to collapse. The latest financial projections from Liberal Finance Minister Charles Sousa promised balanced budgets through to 2020.

According to the Tories, part of the deficit during their first year in government would come from an expensive transition from the province's existing cap-and-trade program to a new carbon tax that Mr. Brown would introduce.

The party's platform would offer some tax relief for Ontarians. A cut to the lowest income tax bracket, representing an income of up to $42,960, would see the current tax rate of 5.05 per cent fall to about 4.5 per cent. The next tax bracket, which the party says represents the "middle class" earning from $42,960 to $85,923, would see a cut from the current rate of 9.15 per cent to 7.1 per cent. Once phased in by 2022, the tax cuts would cost the provincial treasury about $3.2-billion annually.

The party promised no substantial spending cuts over its first four years in power, but said that it would find $2.8-billion in annual savings by 2022.

A proposal to take over Toronto's subway system was one of the biggest promises in the document. While Toronto's transit service would be left with buses and streetcar routes, the provincial government would take over the city's subway infrastructure and spend $5-billion expanding subway lines. Toronto would continue to collect subway fares, according to the party.

Pointing to stagnating incomes and the increased cost of living in Ontario over the past decade, Mr. Brown promised he would leave Ontarians with more money in their pockets if his party wins. "Job number one for a PC government is to make life more affordable for you," he told the crowd at a campaign-style event. this weekend's convention is Mr. Brown's last major party gathering before the next election.

The plan would also introduce a new tax credit for child care, providing a family with a child under the age of six making less than $35,000 annually a refund of up to $6,750. The party also promised to spend $1.9-billion over the next decade on mental healthcare.

Mr. Brown, 39, is a lawyer by training and had served in the federal parliament as an MP from Barrie for nearly a decade. He has been the provincial party's leader since September, 2015, and has yet to lead the Tories into a general election.

Steven Del Duca, the province's Transportation Minister, was at the Conservative convention on Saturday as a Liberal representative and dismissed Mr. Brown's plan as a "say anything" platform. "We know that if it sounds too good to be true, then it's not true," he said in a statement. "Anytime a Conservative says they can lower taxes without making cuts they end up cutting services."

There was no mention in the platform about the pending legalization of cannabis. The plan's section on real estate promises no changes to the province's tax on foreign real estate buyers or rent controls, although party officials said those two programs could be changed if the province's real estate market went into sharp decline. 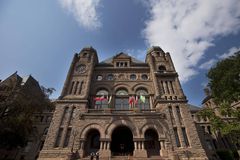 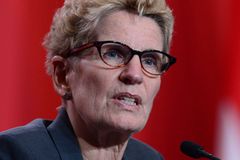