Tributes poured in for the late Paul Desmarais on Tuesday in a commemorative ceremony that featured a veritable who's who of politicians and businessmen past and present.

Four Canadian prime ministers, a former French president and five Quebec premiers were among those who attended the tribute to the late business tycoon at the Notre-Dame Basilica.

Prime Minister Stephen Harper remembered Desmarais as a humble and generous man who was passionate about Canada.

"He was open and frank and was completely unpretentious," Harper told the audience, which included former prime ministers Jean Chrétien, Paul Martin and Brian Mulroney.

"This is something I always admired. He never once raised personal business interests with me.

"Indeed, the one and only common theme of every subject we ever discussed was his country, Canada: its uniqueness, its prosperity, its challenges, its unity."

Desmarais, who took over a near-bankrupt family business to build a multibillion-dollar empire with political connections on different continents, died in October at the age of 86.

The A-list in attendance on Tuesday also included former French president Nicolas Sarkozy, who has admitted he owed much to Desmarais.

When Desmarais was awarded the French Legion of Honour in 2008, Sarkozy said he was president partly because of the Canadian's advice, friendship and loyalty.

On Tuesday, Sarkozy likened Desmarais to a tireless fighter.

"Nobody will forget you because nobody has the right to forget your kindness, your goodness and your generosity," the former president said.

"And nobody will forget your love of life. My God, how Paul loved life."

Sarkozy said he was incredibly saddened when Andre Desmarais, a son of the deceased, told him of the death.

"It was over. We'd never speak again. My dear Jackie [Jacqueline Maranger, Desmarais's widow], not a day has gone by since that I haven't thought about your husband.

"In my life I haven't met too many people with the standing of Paul Desmarais. I will always be proud to say I was his friend."

Chrétien, whose daughter France went on to marry André Desmarais, described Desmarais as an "incredible character."

The former prime minister told an anecdote of how he met with Desmarais after being named parliamentary secretary to then finance minister Mitchell Sharp in the mid-1960s.

"I told Paul that I didn't know anybody in the big business world," he said. "I asked for his help. Forty-eight hours later, we were having lunch with the president of the Royal Bank, Earle McLaughlin.

"That was Paul Desmarais at his best."

The Ontario-born businessman remained a staunch Canadian federalist after he moved to Quebec, where he became one of the country's wealthiest and most powerful figures.

Desmarais' path to power began in Sudbury, where he was born in 1927. He left law school to take over the family's ailing bus company in 1951.

A series of smart moves resulted in the creation of a holding company that in 1968 made a share-exchange offer with Power Corp.

With his company's diversified holdings in insurance, transportation, paper, media, and financial services, Desmarais was one of the most notable members of his province's business elite, often referred to as Quebec Inc.

His empire included Great West Life, London Life and Canada Life in the insurance industry; the Investors Group and Putnam Investments; the Gesca newspaper chain, with its flagship, Montreal's La Presse; and stakes in the oil company Total S.A. and the Pernod Ricard liquor company.

He was discreet when it came to discussing politics.

Only on rare occasions did he voice his views publicly. During his last annual meeting as Power's chief executive in 1996, he extolled his belief in Canadian unity.

He helped open the door to Canadian businesses in China by leading a commercial delegation there in 1978. He was the founding chairman of the Canada China Business Council.

However, it took eight years before Power Corp. launched a business venture there. It now invests in infrastructure projects in China through its stake in CITIC Pacific Ltd.

By the time he handed daily operations of the company to his sons in 1996, Desmarais had seen Power's assets increase to $2.7-billion, from $165-million.

Power Corp., through its Square Victoria Communications Group subsidiary, and together with the corporate parent companies of the Toronto Star and Globe and Mail newspapers, owns The Canadian Press.

Canadian Business magazine ranked Desmarais as the wealthiest Quebecker and Canada's seventh-wealthiest person, with a fortune estimated at $4.4-billion.

An art lover, Desmarais had one of Canada's largest private art collections. Two wings of Montreal's Fine Arts Museum are named in honour of his family.

Desmarais also used his fortune to build one of the world's most exclusive golf courses on his sprawling 75-square-kilometre Sagard estate in the mountainous Charlevoix region of Quebec.

He suffered what company officials described as a "minor stroke" in 2005. 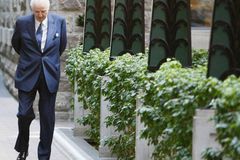 Brian Mulroney on Paul Desmarais: ‘His life has really been a love story’
October 9, 2013 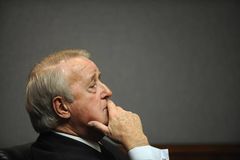 The life of Paul Desmarais: from bus operator to connected billionaire
October 9, 2013 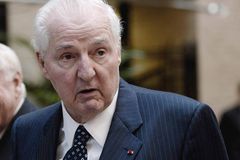