After wrapping up nearly four years of public hearings, and with the clock ticking on a final report on the legacy of physical and sexual abuse at Indian residential schools, a pile of new documents is about to land on the doorstep of the Truth and Reconciliation Commission.

It has been more than a year since an Ontario court ordered the federal government to hand over reams of material to the commission.

The inquiry was supposed to end in July, but its mandate has been extended by a year.

Even with the extra time, researchers are still under the gun to sort through the latest additions to the millions of documents the government has already provided. Early estimates indicate tens of thousands of boxes are in storage at four different Library and Archives Canada locations. "Preliminary estimates identify up to 60,000 boxes of material … requiring review," says a procurement notice. "A significant portion of these documents are not available in a digitized and searchable format, which is a requirement for the disclosure of documents to the TRC."

The contract to put the documents into such a format is expected to run until July 2015, when the commission ends.

The commission's executive director, Kimberly Murray, said she expects documents will still be coming in next summer.

"All I know is, there will be documents still coming to the TRC probably until the day we're done," she said.

Ms. Murray said she has some concerns about the way the work will unfold.

For months, commission staff have worked at Library and Archives searching for key documents. Researchers from an outside company will take over the work this summer. Then the commission will no longer know what documents are being left behind, said Ms. Murray.

According to the procurement notice, the hired researchers will only be required to look through half a box before moving on to the next one – a guideline Ms. Murray finds troubling.

"What if they review 50 per cent of the box and they don't find any documents? (It) doesn't mean there isn't any in the other half," she said.

Aboriginal Affairs Minister Bernard Valcourt's office said an extra year is sufficient time for the work to be completed.

"Our government has provided the TRC with close to $1.8 million to conduct research at Library and Archives Canada," Valcourt spokeswoman Erica Meekes wrote in an e-mail.

"In addition, we will be providing a further $1.8 million in funding to the TRC to ensure the continued flow of documents until the third-party contract is in place."

Under Justice Murray Sinclair, the Truth and Reconciliation Commission visited more than 300 communities after it began its work in Winnipeg in June, 2010. It held its seventh and final formal public hearing at the end of March.

Over the years, the commission heard from thousands of survivors of the residential school system.

About 150,000 First Nations, Inuit and Métis children were taken from their families and forced to attend the church-run schools over much of the last century. The last school, outside Regina, closed in 1996.

The children, the commission heard, were sent hundreds or thousands of kilometres from home. Many were kept largely isolated from their families, sometimes for years.

Siblings were separated and punished for showing any affection to one another. Survivors talked of constant hunger, beatings and whippings and sexual abuse. Many died of disease or unexplained causes. Some killed themselves.

The damage done to those who did survive was often lasting.

In the 1990s, thousands of victims sued the churches that ran the schools and the federal government. The $1.9-billion settlement of that suit in 2007 prompted an apology from Prime Minister Stephen Harper and the creation of the commission.

The government maintained it had no obligation to provide the records in Library and Archives Canada.

In January, 2013, the Ontario Superior Court of Justice ordered the federal government to compile and organize all relevant documents for review by the commission. 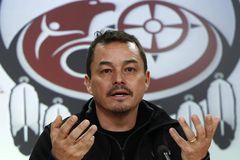 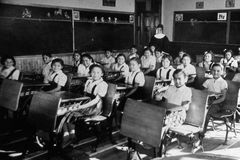 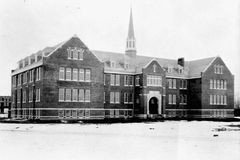